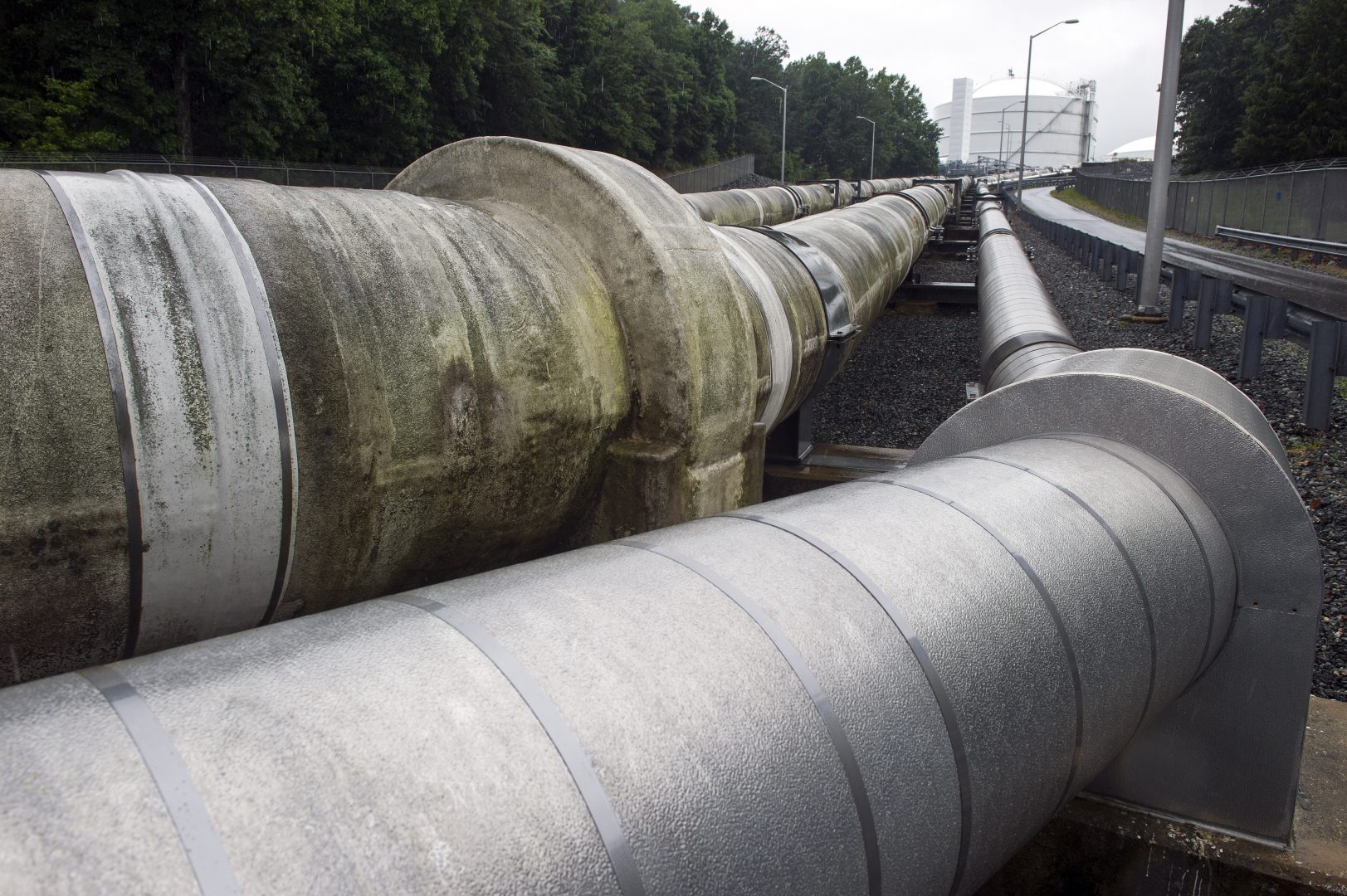 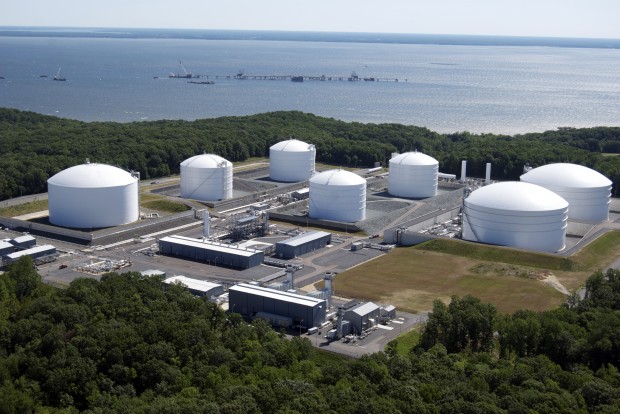 This photo shows Dominion Resources Cove Point terminal in Maryland. It has completed its conversion from a gas import facility to an export terminal to ship Marcellus Shale gas to Asia. In December, it received its first natural gas shipment, which will need to be liquefied before being loaded onto a tanker.

A once idled natural gas import terminal along the Chesapeake Bay — which had become a haven for gulls feeding on scraps from a nearby dump — completed its $4 billion transformation to a liquefaction plant and export facility this month by taking its first shipment of natural gas.

Marcellus Shale gas flowing through pipelines from Northeast Pennsylvania will be cooled to  minus-260 degrees at Dominion Energy’s converted Cove Point liquefied natural gas plant in Lusby, Maryland. The gas will be loaded onto newly built tankers and shipped to Japan and India.

It’s the second LNG export terminal to come online in the U.S. in the past several years, and with five others planned, it will help the country move from being a net importer of energy to a net exporter.

Today, that price is less than $3, which made it worth spending $4 billion to convert the Cove Point plant to serve overseas markets hungry for a cheap energy source other than coal.

FERC approved the project in 2014, and construction began in October 2014. Cabot Oil and Gas contracted with Sumitomo Corporation and Tokyo Gas, a Japanese power company, to sell 350,000 million British thermal units of Marcellus Shale gas per day for 20 years. The completed plant will have a yearly capacity of 5.25 mtpa (million tons per annum), which is about 1 percent of the nation’s current natural gas production, according to Andrus.

Andrus says the exports will not have an impact on the price of natural gas, which has dropped in recent weeks.

“Moving our power generation from coal to gas is going to have more of an impact on market prices than natural gas exports,” he said. 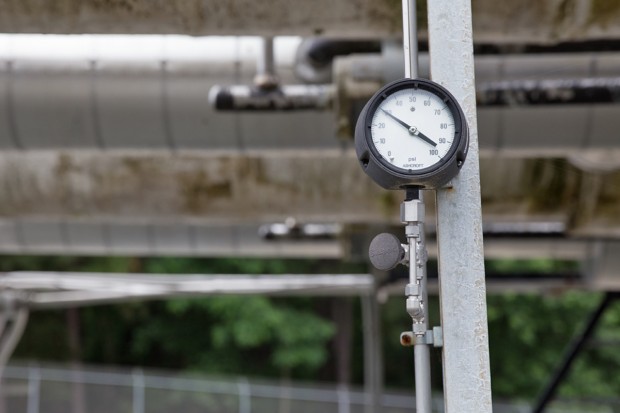 A pressure gauge at Dominion Energy’s Cove Point LNG export plant and terminal. The company spent $4 billion to convert it from an import terminal to a liquefaction plant and export facility.

The Cove Point plant survived a number of legal challenges from environmentalists, who argued that FERC failed to consider upstream impacts of exporting LNG, and said environmental impacts should be scrutinized and climate impacts considered.

Deborah Goldberg is managing attorney at Earthjustice, which represented the environmentalists in their case challenging the plant’s construction.

Under the National Environmental Policy Act, FERC was required to analyze the ecological impacts, but Goldberg says it did an “abysmal job.”

“But the court decided what they did was good enough and so they let it go forward,” she said.

In its 2014 news release about the project’s approval, FERC said the proposal, with some conditions mitigated, was in the public interest.