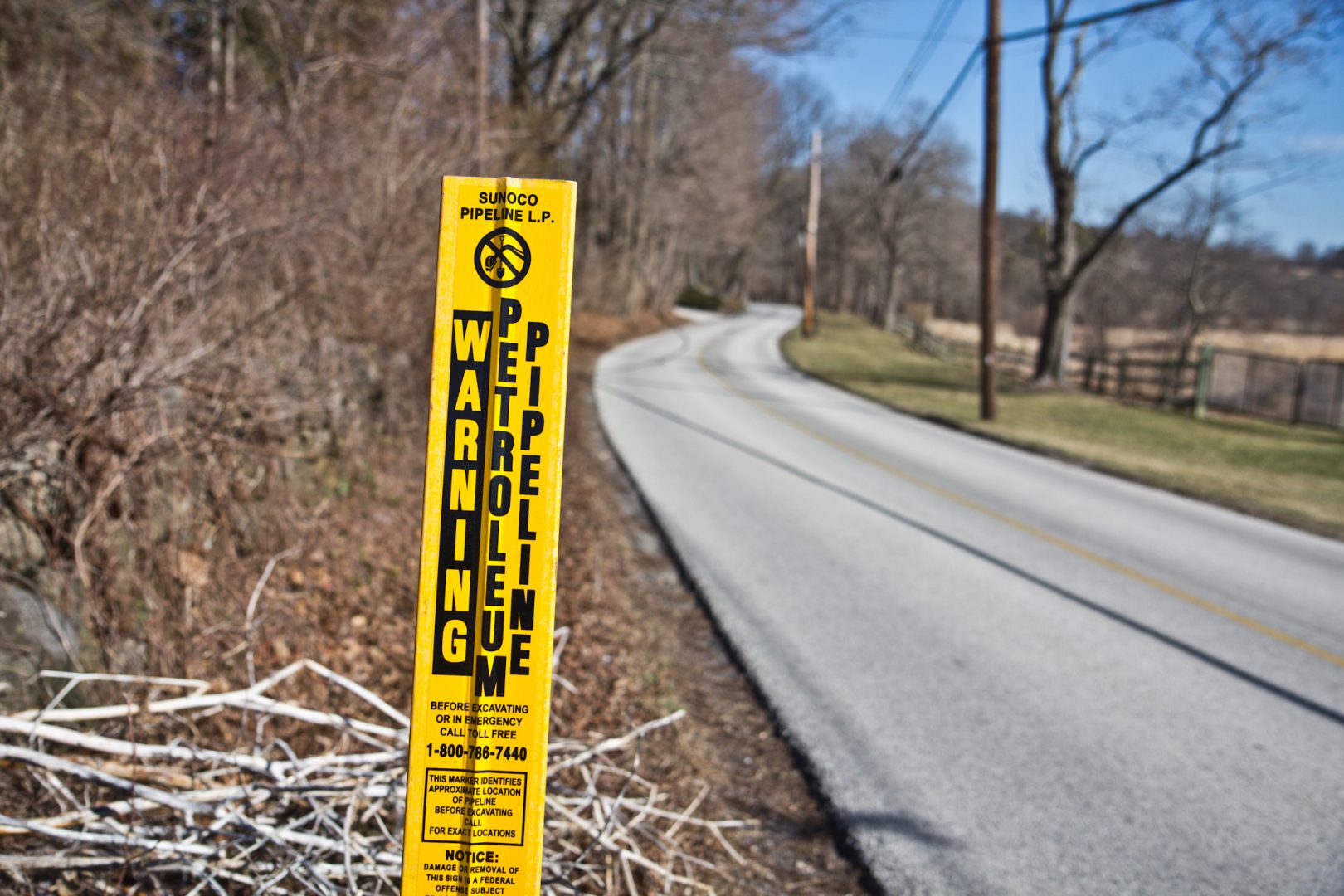 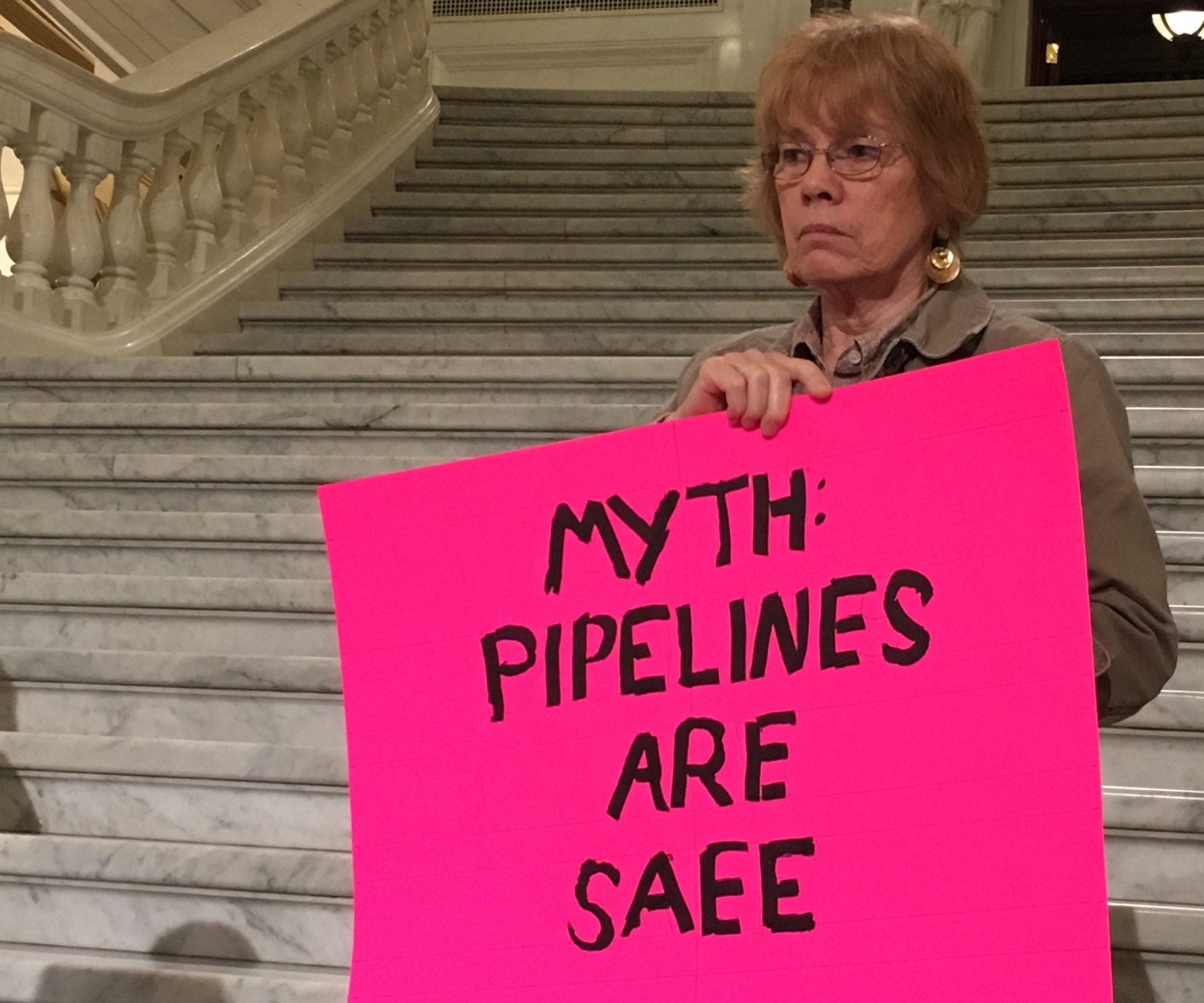 Pam Bishop opposes the Mariner East 2, a natural gas liquids pipeline currently under construction across 17 counties in Pennsylvania. Suburban Philadelphia pipeline opponents have hired an independent consultant to conduct a risk assessment of the line after failing to convince county and state officials to do so.

Will a natural gas liquids pipeline expose the public to the risks of a catastrophic explosion if it leaks in densely populated areas? Or will the pipeline be invisible, highly regulated, and no more dangerous than the pipelines that have been carrying oil or natural gas beneath the suburbs for decades?

Advocates for each point of view remain poles apart as Sunoco nears completion of its Mariner East 2 pipeline, the first stage of a multibillion-dollar project to pump ethane, propane and butane in highly pressurized form across southern Pennsylvania.

In the latest attempt to settle the debate, an independent consultant is conducting an assessment of the hazards involved in carrying highly volatile liquids such as NGLs, the chances of the pipeline failing, and the consequences for residents if it did. The measurements will contribute to a “quantitative risk analysis” that will attach a numeric risk to people living near the pipeline.

The study is being done by Quest Consultants, an Oklahoma company with a 30-year record of assessing risk for the petrochemical industry. The company said its analysis will include an examination of Sunoco’s pipeline safety record compared with other operators, and will use modeling software to evaluate vapor dispersion, fire radiation, and vapor cloud explosion hazards.

The measurement of risk will be based on analysis of three locations along the pipeline route, and will depend on variables including the size of a pipeline hole, wind speed and direction, and whether nearby residents are indoors or outdoors.

The calculated risk will be compared with other commonly understood risks such as car accidents or lightning strikes, Quest said in a description of its work.

The company started work at the end of June and is expected to take about six weeks to deliver a draft report.

It was hired at a cost of about $50,000 by Del-Chesco United for Pipeline Safety, a coalition of community groups in Delaware and Chester Counties that has been among those calling for a complete halt to construction. The group insists its concerns about the pipeline are based on evidence, not baseless fear.

Del-Chesco said it ordered the assessment because it wanted an independent, unbiased study that would clearly quantify the project’s risks for the public and policymakers.

“This risk assessment is intended to inform government decision makers and the public about the magnitude of the risk which Sunoco proposes to impose on them,” the group said in a statement.

The same company did another risk assessment of the pipeline in early 2017 for the Middletown Coalition for Community Safety, a Delaware County group that is part of Del-Chesco. Its worst-case scenario concluded that a “catastrophic rupture” of the pipe could result in a “jet fire” spreading up to 1,100 feet downwind of a leak, causing “serious burns” to anyone in its path.

The study fueled claims that Mariner East 2 will represent a grave risk to the safety of schools, businesses and community centers near the pipeline. Those fears have been stoked by dozens of drilling mud spills during construction, and by the violations that continue to be issued by the Department of Environmental Protection even after three forced construction shutdowns and a $12.6 million fine for what the DEP called “egregious” environmental violations.

But Sunoco insists that its pipeline will be safe and meets or exceeds all state and federal regulations.

“We have conducted all the required assessments of this pipeline in coordination with the appropriate regulatory bodies,” said Vicki Granado, a spokeswoman for Sunoco’s parent, Energy Transfer Partners.

“We have included enhanced maintenance and operational systems that go above and beyond those regulations in many cases. There are multiple pipelines running through these counties that are safely carrying natural gas or natural gas liquids at this very moment. They safely pass close to schools, hospitals, senior living facilities and homes, and have done so for many decades,” she said.

Sunoco says the much delayed Mariner East 2 will begin operation in the third quarter of this year, aided by the temporary deployment of about 25 miles of older, parallel pipeline in areas where construction is unfinished.

The stand-in 12-inch line, built in the 1930s, has leaked at least three times in its history, according to public records, most recently in June when it leaked an undisclosed quantity of gasoline into Darby Creek near Philadelphia International Airport.

According to the Public Utility Commission, Sunoco sent out mailings last year to some 66,000 people to alert them to the possible hazards of the pipeline. Recipients included property owners, schools, emergency responders, and excavating companies.

But the company has been accused of withholding information about risk and emergency planning. In June, the Chester County Commission said it was “deeply troubled” by Sunoco’s lack of transparency with safety information, and accused it of prioritizing profit over safety.

The new risk assessment was first proposed for Delaware County Council, which asked Quest for an outline but was then unable to agree on whether to move ahead after some council members said the Middletown study showed the company was biased.

Del-Chesco took over the Quest proposal but the council is now considering a bid from another risk-assessment consultant, and is expected to vote on the new proposal later in July.

Councilman Brian Zidek, a Democrat who previously urged the council to accept the Quest proposal, acknowledged the possibility that a new assessment will overlap with the Quest study for Del-Chesco, but argued that the community has yet to consider the hazards of the project as well as benefits like job creation.

He said the colorless, odorless and heavier-than-air NGLs that will be carried by the pipeline appear to represent a different level of threat from existing natural gas or oil lines, and so should be subject to the proposed risk analysis.

“We invited this pipeline into our community. Maybe we should have, maybe we shouldn’t have, but in order to make that determination, one should weigh both the pros and the cons, and to date we have only looked at the pros,” he said.

He said government, whether at state or local level, has a responsibility to assess safety if there are genuine concerns that the public is at risk.

“It’s beyond me how government could not take a look at how dangerous this pipeline might be,” said Zidek, who donated about $1,500 to the Del-Chesco study after the council deadlocked on whether to move ahead with the Quest proposal.

“You don’t want to stick your head in the sand and say well, ‘I don’t want to understand the nature of the risk because I can’t reverse the creation of this pipeline,’” he said.

Colleen Morrone, a Republican councilwoman who voted against the Quest proposal, did not respond to a request for comment.

Timothy Boyce, Delaware County’s director of emergency services, echoed the call for an independent risk assessment. “Whether you believe that pipelines are intrinsically safe, or you have a question, the public does have a concern,” he said. “We can always disagree but when a large number of people just don’t have confidence, it’s incumbent upon us to try and build that trust.”

Advocates for a risk study including state Senator Andy Dinniman (D., Chester County) have said it should be done by the Public Utility Commission, as the agency responsible for pipeline safety.

“So far, our state government agencies have failed to answer those questions or to get the necessary information from Sunoco to sufficiently answer them,” said Dinniman, an outspoken critic of Sunoco whose complaints to the PUC prompted the current shutdown of construction in Chester County’s West Whiteland Township.

Asked whether the PUC has ruled out doing its own risk assessment, a spokesman said only that the agency is dealing with Dinniman’s formal complaint over ME2 at West Whiteland, and requires numerous filings from Sunoco before it can resume construction there. The PUC’s pipeline safety division has devoted significant time over the past several years to the construction and operation of the Mariner East lines, the spokesman said.

J.J. Abbott, a spokesman for Gov. Tom Wolf, also avoided saying whether the Governor has ruled out a risk assessment by state authorities.

“Governor Wolf is confident that the PUC will continue to appropriately assess risk and manage safety for all pipelines and other utility infrastructure in Pennsylvania,” Abbott said.