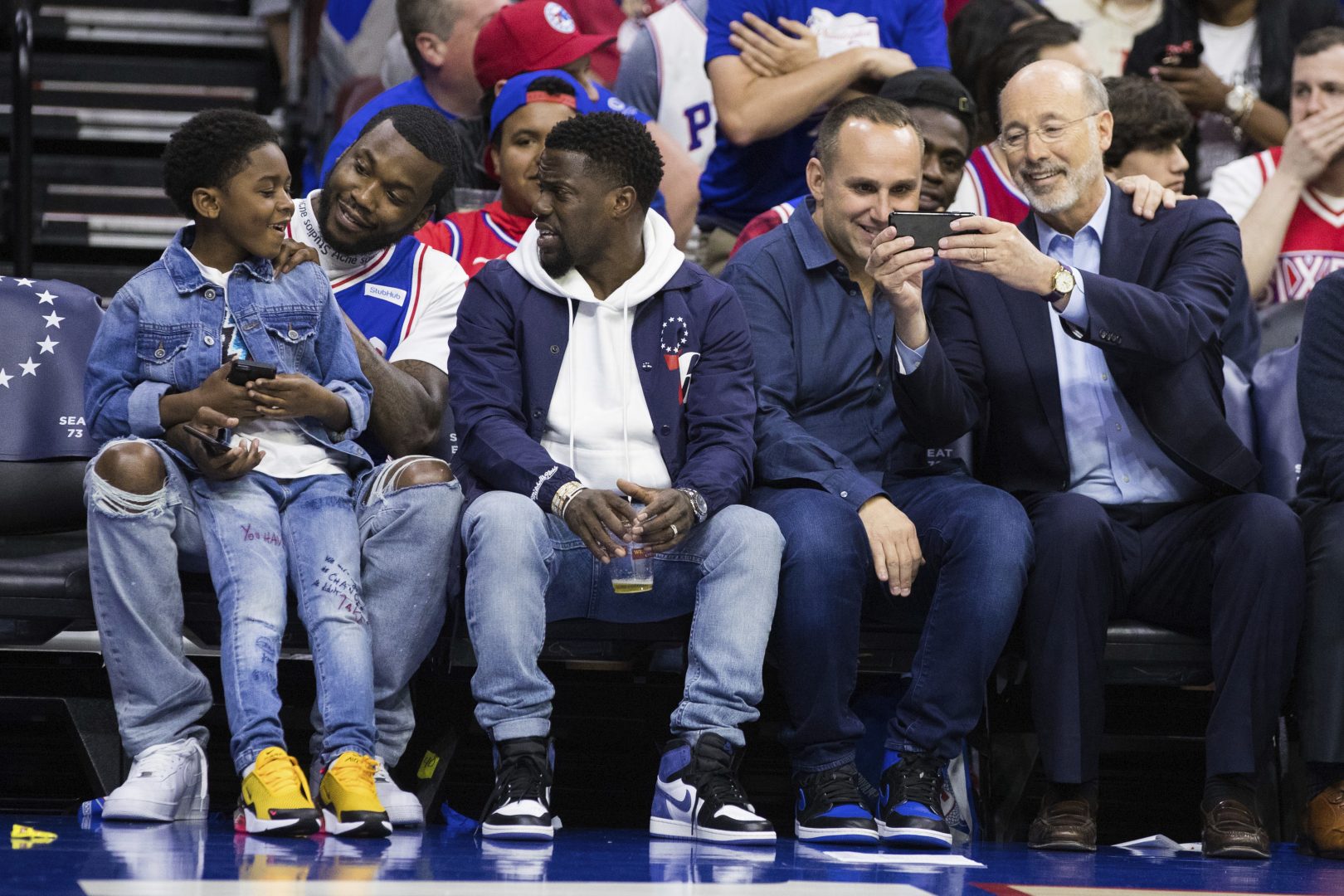 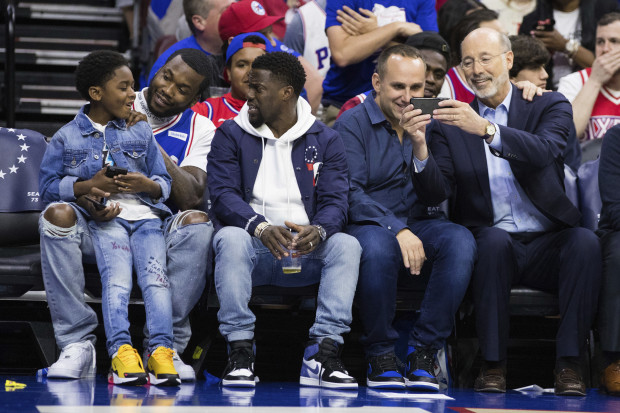 Pennsylvania Gov. Tom Wolf, right, and Philadelphia 76ers co-owner Michael Rubin check out something on Wolf’s phone during the 76ers’ playoff game against Miami on April 24 in Philadelphia. Rapper Meek Mill and his son are at left, sitting next to actor Kevin Hart.

Wolf was photographed sitting with actor Kevin Hart, rapper Meek Mill, and Philadelphia Eagles owner Jeffrey Lurie. PennLive reported the governor was an “invited guest of the Sixers’ part-owner Michael Rubin, who, according to the Department of State website, gave Wolf’s campaign a $250,000 donation on March 2.”

The Governor’s Award for Environmental Excellence recognized 23 initiatives across the state this year and were described in a press release as “prestigious.” Recipients were honored Tuesday evening at the Harrisburg Hilton.

Wolf, a Democrat running for reelection this year, is portraying himself as a strong environmental advocate. However, he has been criticized by environmental groups who say he should be doing more to promote green causes. His campaign did not respond to a request seeking comment on why he chose to attend Tuesday’s basketball game over the environmental awards ceremony.

The governor was also absent from an Earth Day event held Monday morning at the Governor’s Mansion hosted by his wife, First Lady Frances Wolf. Instead, he was at the Capitol promoting gun control legislation. Wolf spokesman, J.J. Abbott, said the administration was well-represented at the Earth Day event, including “multiple members of Governor Wolf’s cabinet.”