Wolf’s campaign website has misleading claims about his environmental record 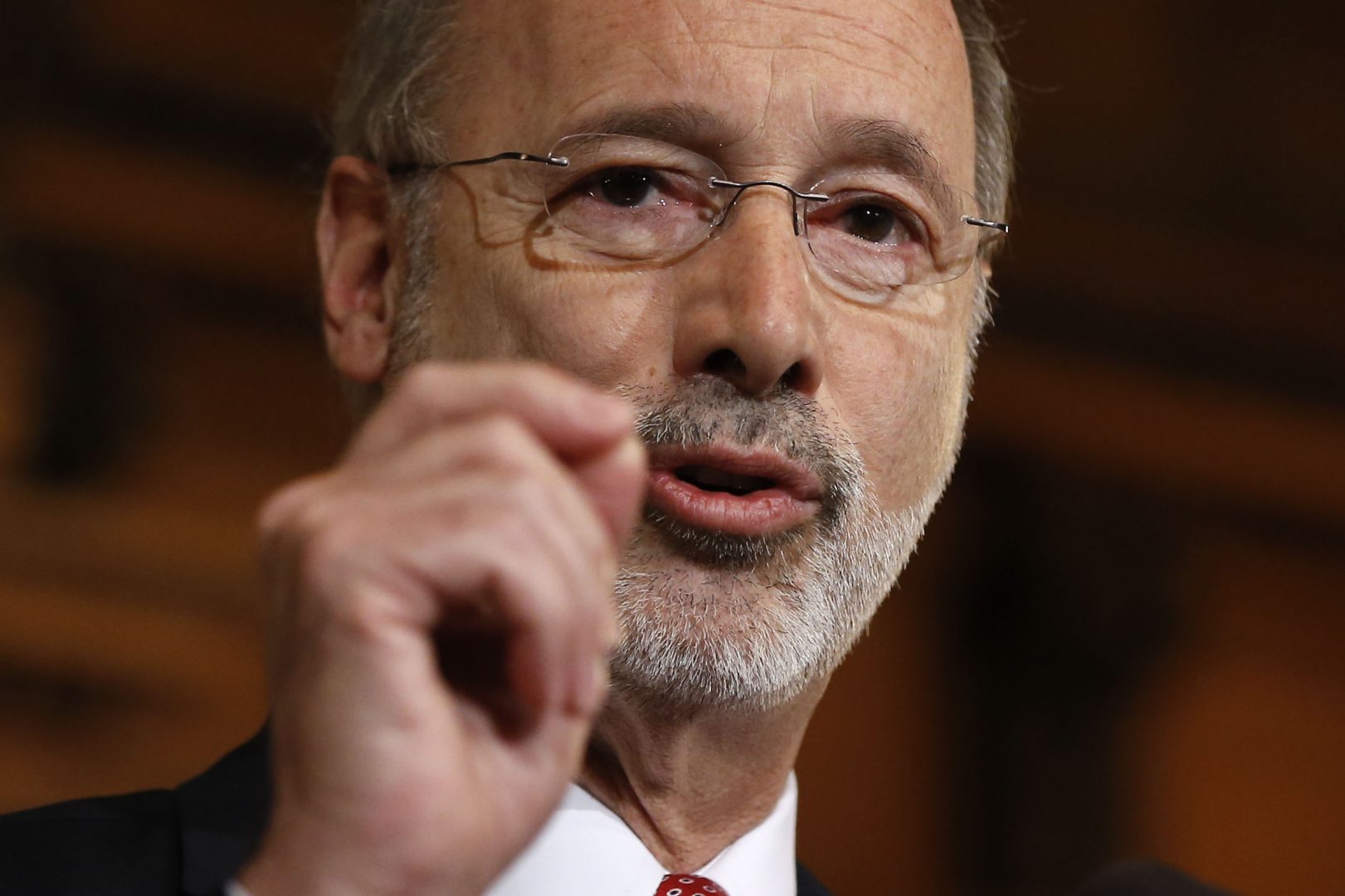 At the top of Governor Tom Wolf’s list of accomplishments on his reelection campaign website is an inaccurate claim he instituted a moratorium on natural gas drilling.

The site says one of the Democrat’s first actions was to enact a “gas drilling moratorium on Pennsylvania’s state parks.” 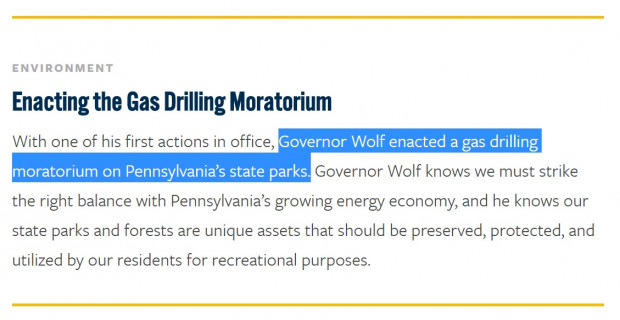 There are two things wrong with that statement.

First, Wolf did not stop natural gas drilling on state land. Instead, he reinstated a ban on leasing new land. That’s an important distinction. Gas production was and still is occurring in state forests.

Former Governor Ed Rendell, a fellow Democrat, leased approximately 130,000 acres of state forest land to natural gas companies before instituting a moratorium on future leasing during his last year in office. His successor, Republican Governor Tom Corbett, issued an executive order to expand leasing in a limited way. In early 2015, Wolf followed through on a campaign promise to reinstate the Rendell-era moratorium. 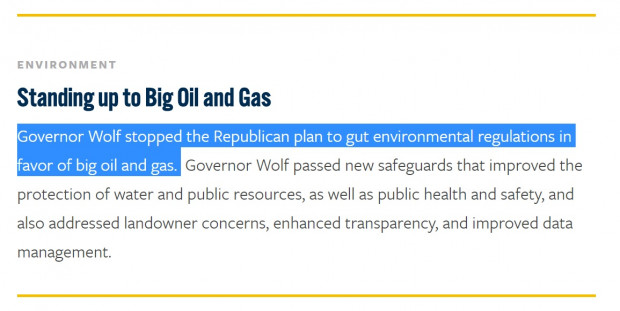 That is misleading. Two years ago, Wolf made a deal with GOP legislators to kill some new environmental regulations and to preserve others.

Since 2011, the state Department of Environmental Protection has been working on updating regulations for the oil and gas industry. Under a legislative mandate, the agency created two sets of rules—one for older, shallower wells (known as the conventional oil and gas industry). Another set applied to modern, Marcellus Shale wells. The changes were extremely controversial, with Republican legislators and representatives from the industry challenging the process.

Only the Marcellus Shale regulations survived the battle.

In June 2016, as part of a budget negotiation between the Wolf administration and the Republican legislature, the conventional industry regulations were scrapped. The move led to a widening rift  between Wolf and environmental groups.

Although Wolf’s environmental secretary said he wanted to quickly resurrect the conventional regulations, the administration does not plan to reintroduce them until late 2018.

It’s unlikely the website will be corrected. In an email, Wolf’s campaign manager Jeff Sheridan said the language is not misleading.

What Trump's tariff on solar panels means for Pennsylvania