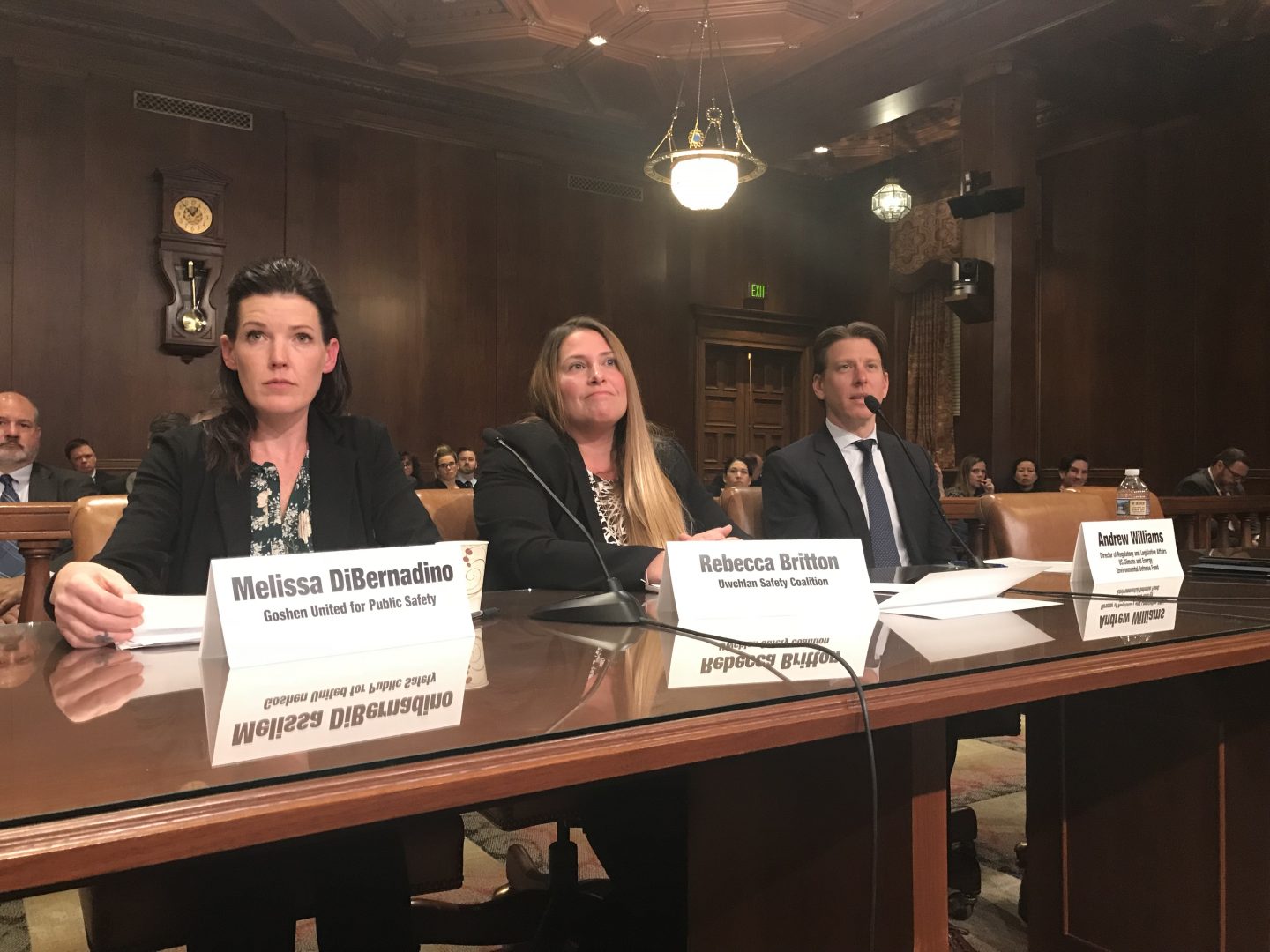 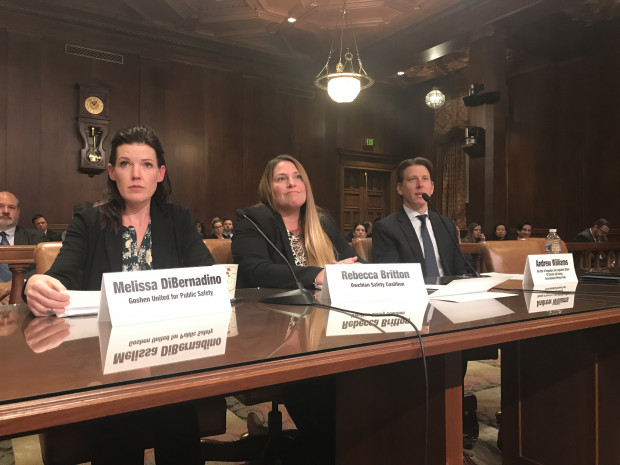 A joint state senate hearing Tuesday was ostensibly about the broad topic of “pipeline safety,” but ended up focusing almost entirely on Sunoco’s embattled Mariner East project — a series of natural gas liquids pipelines spanning the southern portion of Pennsylvania.

As StateImpact Pennsylvania has reported, the project has faced numerous problems, including construction delays, legal challenges, and environmental violations.

The hearing, which lasted more than two hours, was held by the state senate Environmental Resources and Energy and the Consumer Protection and Professional Licensure committees.

Rebecca Britton of the Chester County-based Uwchlan Safety Coalition lives near the lines and was among those testifying. She urged the committees to pass legislation expanding the state’s regulatory oversight of pipelines, noting that in the event of a leak, the natural gas liquids in the pipeline would become a colorless, odorless, highly flammable gas that citizens have been advised to run away from on foot.

“We cannot depend on our senses to keep us safe. We have no viable early warning system and inadequate public awareness programs,” Britton said. “Our first responders may or may not be properly equipped or prepared. Our community, and communities across Pennsylvania, are in dire need of remedy.”

Sunoco spokesman Jeff Shields did not directly address the concerns raised at the hearing, and said the company looks forward to the safe completion of the project.

“We remain focused on being a valued member of the communities in which we do business, as we have done for decades,” he wrote in an email. 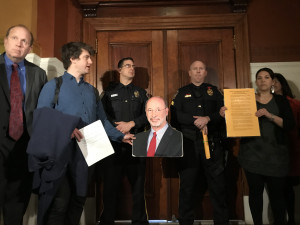 Shortly before the hearing began, a group of about 10 people confronted Capitol Police outside Governor Tom Wolf’s office. They criticized his response to the Mariner East problems.

They handed over a document alleging the governor is violating the state constitution by failing to protect public safety. The group was mostly from suburban Philadelphia and is concerned about Mariner East.

Chester County resident Caroline Hughes was among those criticizing the governor.

“I think he sees the pipeline that’s worth billions to Sunoco is worth putting us in jeopardy over, and we’re not going to stand for it anymore,” she said.

Wolf’s spokesman J.J. Abbott said the governor has personally met with residents and legislators from the area and his office regularly responses to concerns about the project.

“The administration remains committed to the protection of Pennsylvania’s communities,” Abbott wrote in an email. “DEP will continue its unprecedented oversight of this project and issue enforcement actions whenever necessary.”