A surge, then a fade for Pennsylvania’s wind industry | StateImpact Pennsylvania Skip Navigation 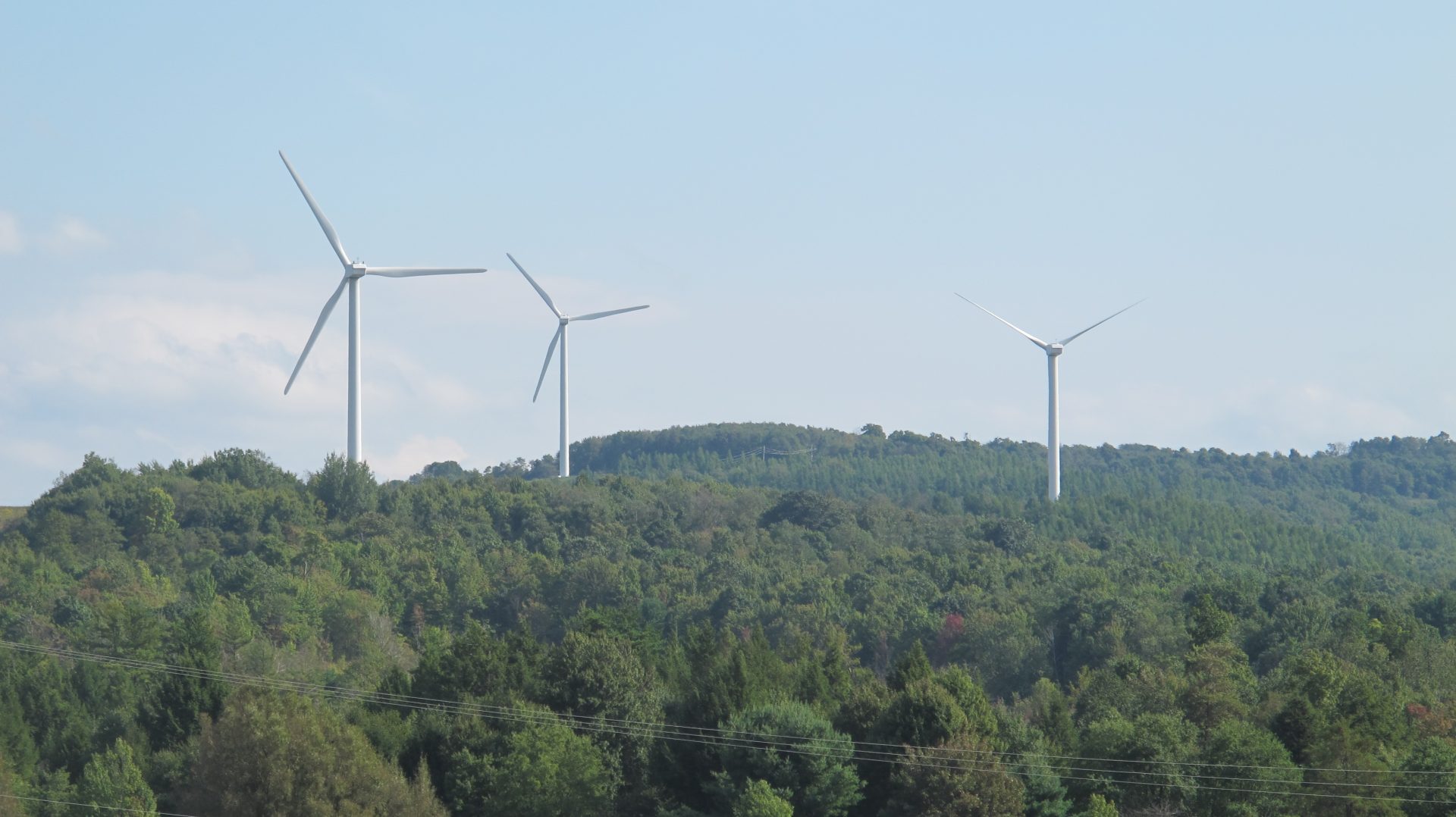 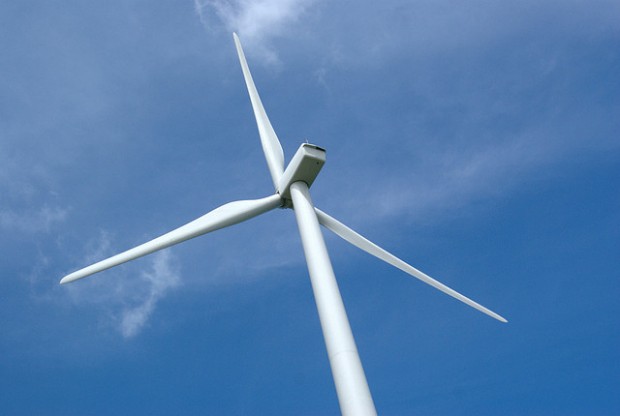 Pennsylvania’s wind industry boomed through 2012, but development of new wind farms has slowed in the years since.

While the wind power industry booms across the United States thanks to favorable federal and state policies, the development of new wind farms has stalled in Pennsylvania.

More than two dozen wind farms popped up across the state leading up to 2012, but only one in the years since.

Wind advocates say Pennsylvania could follow the lead of other states and bolster its commitment to renewable energy to help the industry grow. But not all think that’s warranted.

Pennsylvania’s wind industry took off in the mid-2000s. Today, giant white blades spin atop towers on Pennsylvania’s mountain ridges, primarily in the southwestern and northeastern parts of the state.

EverPower, based in Pittsburgh, has developed some of the state’s biggest wind farms and is now selling its assets.

The wind on Pennsylvania’s mountains doesn’t stack up to places like the Great Plains where wind whips across the prairie. But developers like EverPower still saw potential in the Laurel Highlands.

Jim Spencer founded the company in 2002.

“The impetus for wind in Pennsylvania and many other states was a renewable energy standard,” he said. 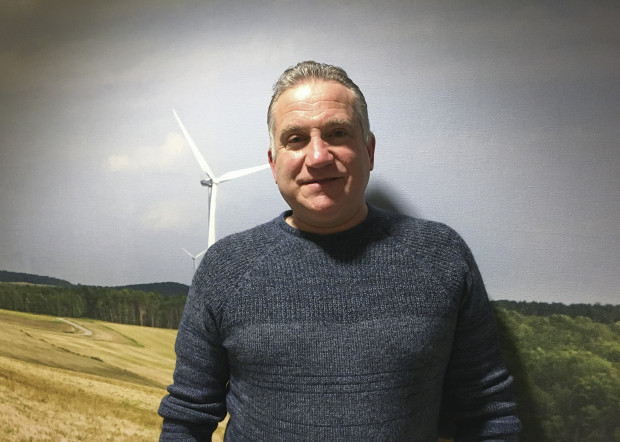 In Pennsylvania, the Legislature authorized the Alternative Energy Portfolio Standard in 2004. It requires power companies to provide a certain amount of electricity from renewable and alternative energy. Pennsylvania’s target is 18 percent by 2021.

“That standard has looked less robust and aggressive as other states, realizing the economic benefit associated with having wind farms in their state, started to advance more robust standards,” Spencer said.

New York, for one, recently increased its goal to 50 percent renewables by 2030.

To reach Pennsylvania’s goal, power companies here can buy renewable electricity from within the state’s borders or bring it in from other states. The power can come from a variety of sources, like geothermal, biomass or solar.

“Solar specifically started getting cheaper,” said Katrina Kelly-Pitou, a research associate with the University of Pittsburgh’s Swanson School of Engineering.

And during the natural gas boom, energy companies jumped at the opportunity to build gas-fired power plants, as well as convert old coal plants to use the abundant new fuel produced in Pennsylvania, she said.

A federal tax break for developers expires in 2020, but the state could take action.

Wind advocates like Spencer say the state could boost the percentage of renewables in the Alternative Energy Portfolio Standard or set a requirement that wind power come from within Pennsylvania’s borders.

“I think there’s rationale for expanding the Alternative Energy Portfolio Standard,” he said.

But it’s not up to him. Although the commission is involved in administering the renewable energy program, it’s up to the Legislature to change it.

As chair of the House Environmental Resources and Energy Committee, Rep. John Maher, R-Upper St. Clair, is familiar with a host of energy issues.

“It was advertised that if these newer technologies would just be given a little bit of a boost, certainly they would be self-sufficient in a decade or so and, in fact, what we’re hearing now is quite the opposite,” he said.

He voted to enact the renewables standard but said it has not accomplished its intended purpose.

“The wind community either demands an industry by government or subsidies before they’re going to build more,” Maher said.

Even if Pennsylvania doesn’t change its renewable portfolio standard, it could still see more wind farms as other states’ renewable requirements ramp up.

“For instance, New Jersey isn’t going to get a lot of its requirements from the state. It just doesn’t have the wind capacity there,” said Bruce Burcat, executive director of the Mid-Atlantic Renewable Energy Coalition.

Potential for wind in new places

For wind energy to expand here, developers would have to scout new locations.

“I think all the low-hanging fruit for wind projects has been picked,” said Allison Rohrs, director of the Institute for Energy at St. Francis University in Cambria County.

But, she said, there are untapped places, including public land the state hasn’t authorized for wind development. Even flatter areas show potential.

Future wind farms could even be built over water. The nation’s first offshore wind farm went in off Rhode Island’s coast a year ago.

“There is a little piece of Pennsylvania that borders Lake Erie, and there are a lot of developers looking very seriously at wind farms out on the lake,” said Greg Reed, an electric power engineering professor at the University of Pittsburgh who works alongside Kelly-Pitou as director of several of the school’s energy-related initiatives.

Turbines could also pop up in cities, though with smaller designs. One just went in outside Pittsburgh’s Energy Innovation Center. Soon, solar panels will join it and gas generators to power to a microgrid in Reed’s new lab. 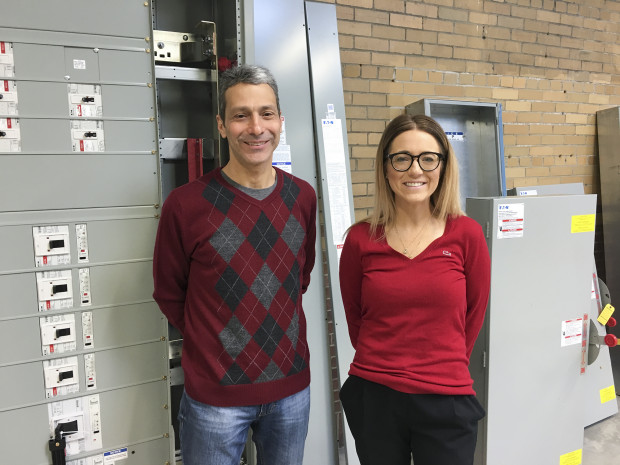 Greg Reed and Katrina Kelly-Pitou of the University of Pittsburgh will soon work on grid technologies in this lab at the Energy Innovation Center.

Once the lab is built this spring, he will research ways to modernize the grid. Part of his efforts will focus on microgrids, where energy is generated and distributed within a community rather than brought in from a power plant hundreds of miles away.

“The move toward distributed energy is just beginning,” he said.