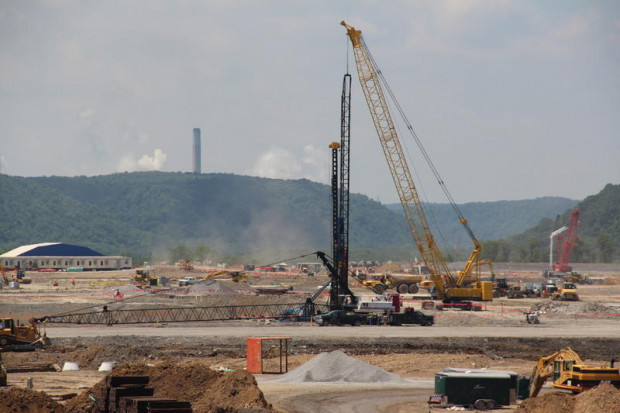 A public health researcher delivered a dire warning on Monday during a panel on the implications of the planned Royal Dutch Shell ethane cracker plant in Beaver County.

“When we allow industry to get way out in front of public health and environmental oversight, we end up counting bodies,” said Dr. Brian Schwartz of the Geisinger Center for Health Research in Montour County.

Schwartz studies how environmental changes caused by energy exploitation activities, such as fracking, affect public health. He made his comments during the “Shale and Public Health” conference at the University of Pittsburgh Graduate School Of Public Health, an event organized by the League of Women Voters of Pennsylvania.

“You can try to assess exposure and try to prevent the occurrence of health outcomes by intervening if exposures go up,” added Schwartz, “but the bottom line is that this facility is going to contribute to air quality impacts and it’s going to contribute health impacts.”

The planned facility will turn a natural gas byproduct into 1.6 million tons of plastic each year and is expected to employ 600 permanent workers.

Shell argues the ethane cracker won’t harm public health. A spokesman for the Pennsylvania Department of Environment Protection has said that Shell’s permit requires the company to comply with extensive reporting and monitoring requirements of the plants emissions.

Shell previously paid to relocate families living near a petrochemical plant in Louisiana, after it was revealed that toxic leaks had not been properly reported to the state’s environmental watchdog. That effort was led by locals who worried about the health impacts of the Shell facility and other chemical plants in the area.

But some worry there’s been inadequate attention paid to the potential health impacts of the proposed ethane cracker in Beaver County. Some panels said the prioritization of job growth and insufficient data are partly to blame.

Panelist Jennifer Baka, a geographer at Pennsylvania State University, specializes in the impacts of shale on policy, ecology and people. She said instead of going straight to health consequences, researchers are finding it’s more effective to start conversations with nearby residents on quality of life impacts.

Baka said because conversations about the environment are so polarizing, researchers must be sensitive about how they word things in order to avoid appearing biased against natural gas.

Philadelphia explains how it would make deep cut in carbon emissions