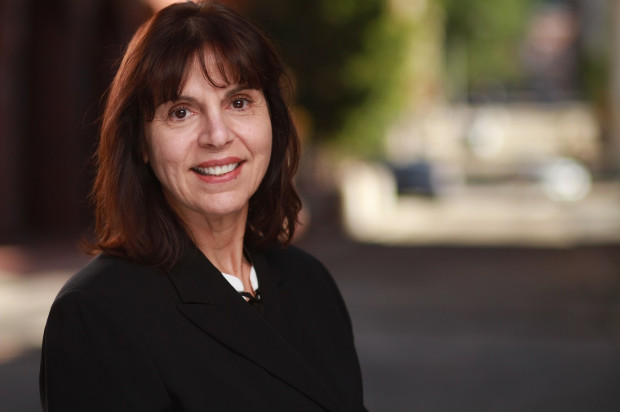 Pennsylvania’s biggest environmental group is getting a new CEO.

Jacquelyn Bonomo is succeeding Larry Schweiger as the leader of PennFuture. Schweiger is retiring.

Bonomo has been the organization’s executive vice president and COO for the past two years, and has spent more than three decades working in environmental advocacy.

Bonomo said she didn’t get much environmental exposure while growing up in Hazelton, Pa., in the heart of the state’s anthracite coal region.

“From my parent’s window, I essentially looked out on strip mines and coal breakers,” she says. “Our ability to experience nature just wasn’t part of my upbringing.”

That changed when she spent some time in the West, as a whitewater rafting guide and self-described “ski bum and citizen naturalist.”

When she came back to Pennsylvania in 1983, she volunteered in a Sierra Club campaign to prevent the construction of a dam that would have flooded Nescopeck Creek, in Luzerne County.

“That’s when I became an activist,” Bonomo says. While a volunteer for the Sierra Club, she met Schweiger, who was working for the National Wildlife Federation. He helped her get a job at that organization. She has been working in environmental organizations since then, including the Western Pennsylvania Conservancy, National Audubon Society, and Chesapeake Bay Funders Network, where she was executive director before coming to PennFuture in 2015.

While at PennFuture, she has been involved with the group’s lobbying and legal initiatives, and lead the group’s “Your Toxic Neighbor” campaign, which includes a series of bus stop ads targeting pollution from two large sources in Western Pennsylvania: Shell’s soon-to-be-built ethane cracker in Beaver County and US Steel’s Clairton Coke Works.

Bonomo takes the helm as PennFuture nears its 20th anniversary, and as its mission shifts slightly from air and water pollution more towards climate change.

The group was formed in 1998, under the name Citizens for Pennsylvania’s Future, and its 2016 budget was $2.6 million, according to its annual report. The group lobbies on environmental issues and provides legal assistance to groups or citizens involved in environmental litigation. The group is helping represent the Gorsline family of Lycoming County, whose appeal of a drilling permit near their home is before the Pennsylvania Supreme Court.

Bonomo thinks that in addition to its traditional advocacy for clean air and water, PennFuture will focus more and more on climate change in the years to come. She thinks the group will be trying to help communities “that are wanting to move ahead on clean energy despite the fact that, for example, we’ve withdrawn from the Paris [Climate] Agreement.”

That includes its Clean Energy Pittsburgh initiative, which is aimed at helping municipalities in the Pittsburgh region move toward using more renewable energy.

“Climate change right now is over every environmental issue, it affects everything,” says Char Magaro, president of the board for the organization. “That’s a big push right now, and under Jacqui’s initiative we are looking to take that statewide.”

Schweiger will continue to work with the group under the title “president emeritus.”