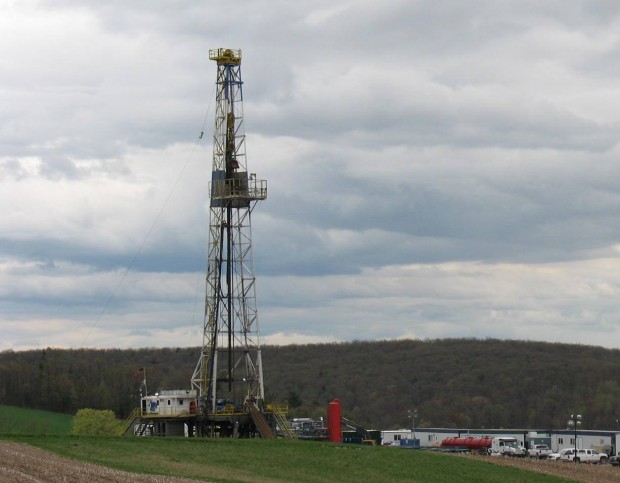 The severance tax recently approved by the state Senate is unlikely to have a major impact on drilling activity or government revenues, according to a researcher from an environmental economic think tank.FM

A natural gas severance tax has been a hot-button issue in Harrisburg for nearly a decade, but the plan recently approved by the state Senate is unlikely to have a major impact–  either in terms of government revenue, or drilling company investment decisions, according to a researcher from the nonpartisan environmental economic think tank, Resources for the Future.

The severance tax is now in the GOP-controlled House where its future is uncertain. Republican legislative leaders have argued over the years it would harm the state’s economy. Yet passing the tax has been a major focus of Governor Tom Wolf, a Democrat.

The tax rate approved by the Senate last month would change, based on the average annual price of natural gas– ranging from 1.5 cents per thousand cubic feet to 3.5 cents. It’s expected to raise $100 million this year to help plug a $2.2 billion budget hole. It would be added on top of the roughly $200 million in impact fees gas companies already pay, which are based on the number of wells they drill.

StateImpact Pennsylvania talked about the new tax measure with Daniel Raimi, a senior research associate at Resources for the Future and author of the forthcoming book, The Fracking Debate.

Note: this interview has been edited for length and clarity

Q: There is so much rhetoric around what a severance tax could mean for Pennsylvania. Can you explain your recent research? What’s your take?

A: Over the last several years my colleague Richard Newell and I have looked really closely at oil and gas revenues that flow to states and local governments. We’ve looked at the top 16 oil and gas producing states in the U.S. What we find is the average state collects about seven percent of the value of oil and gas revenues. Either through severance taxes, or something like a severance tax, or through property taxes collected by local governments.

Pennsylvania’s lack of a property tax is unusual. That lowers costs for drillers.

For example, if there’s $1 million of oil and gas that comes out of the ground each year, that is taxed as property. It helps fund school districts, townships, county governments, and cities. In some states property taxes make up a larger share of government revenue than severance taxes.

Q:  One of the big questions around the impact fee* is whether Pennsylvania is leaving money on the table. Are we?

A: That is a hard question to answer precisely. In short, the severance tax that’s been passed by the Senate is unlikely to have a large effect on either Pennsylvania government revenues, or investment decisions by oil and gas companies. It’s a small severance tax.

Other factors, such as oil and gas prices, access to infrastructure, like pipelines, and access to labor—those are all more important. If it were a severance tax of five, six, or seven percent, then maybe we’d be looking at large impacts, both in terms of the revenue for the government, and potentially deterring oil and gas investment. This severance tax would add something like 0.7 percent to the total revenue generated by natural gas production in Pennsylvania. That’s not enough to have a huge impact.

Looking back at 2015, if this severance tax had been in place it would have raised about $90 million for the state. That’s a lot of money for me and you, but in Pennsylvania that year total tax revenues were $35 billion. So, this type of severance tax would add about a quarter of a percent to state revenues.

A: That’s right. That’s a great question. Natural gas prices for producers in Pennsylvania have been lower than they are in other states. That’s primarily because of limited pipeline capacity to take the gas away to other markets.

But the severance tax proposal would use the price in Louisiana, which is surprising to me.

Q: One of the things the industry points out is that even though Texas, for example, has a severance tax, it doesn’t have Pennsylvania’s high corporate income tax rate.

A: It’s hard to compare tax policies across states. In the analysis we did, we wanted to include corporate income taxes, but we couldn’t because they are so different between different states.

In Texas, there is no corporate income tax. However, there is a gross receipts tax companies pay. That does impose a notable additional tax burden.

I think there is something to the idea that Pennsylvania’s high corporate tax rate does add costs for businesses. However, if tax rates were the only thing that mattered, we’d see companies moving more quickly to states like Ohio, where there is no corporate tax rate, but there is a gross receipts tax. These factors matter, but generally their impacts are small.

The three most important factors are the quality of the resource, the prevailing prices, and access to infrastructure—that is, pipelines.

*Note: Pennsylvania’s Independent Fiscal Office tracks the impact fee collections and calculates an annual effective tax rate. It has ranged from a high of 5.6 percent in 2011, to a low of 2.3 percent in 2014.