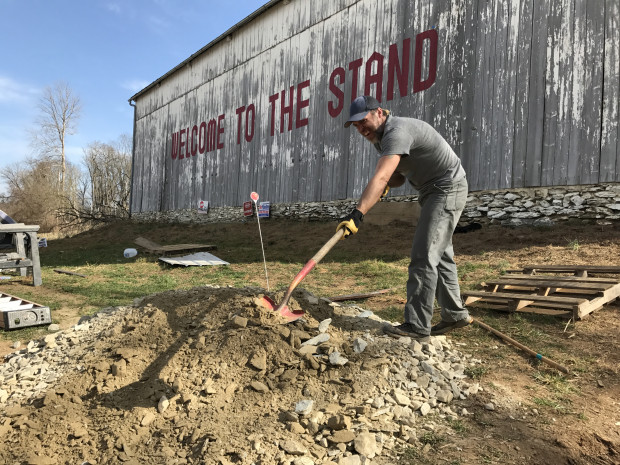 Pipeline company, Williams, has purchased a 107 acre property in Lancaster County where a protest camp had emerged in opposition to its Atlantic Sunrise Pipeline.

The company behind a multi-billion dollar natural gas transmission pipeline planned to run through parts of central Pennsylvania has bought a Lancaster County farm that was being used as headquarters for a protest movement against the project.

Nicknamed,The Stand, the farm was home to an encampment that emerged earlier this year shortly after federal regulators approved the Atlantic Sunrise pipeline.

Pipeline builder, Williams, says it’s buying the 107 acre property, owned by Justin and Susan Cappiello, to allow for a large staging area so it can horizontally drill under the Conestoga River. The Cappiellos were not available for comment.

“The acquired property currently hosts a temporary encampment organized by activists,” Williams spokesman Chris Stockton writes in an email. “While Williams respects the rights of those wishing to protest, the company is committed to ensuring that those protests occur peacefully and safely.”

The opposition group, Lancaster Against Pipelines (LAP), has been hosting semi-regular training sessions since the beginning of the year and urging people to engage in nonviolent direct action to block construction of the project.

LAP organizer Malinda Clatterbuck says the group has no plans to back down.

“I think people are more pumped up than discouraged. They’re like, ‘Wow, the industry is really threatened by us,'” she says. “And we’re trying to stop [the pipeline] with just with our bodies, and with nonviolence, and by saying, ‘we’re opposed to this.'”

She says other landowners have already come forward offering to host the group.

“In some ways maybe it will be good to have more people involved and more committed, because we’re on their land now,” says Clatterbuck

The Cappiello property also includes an 18-acre farm and residence currently occupied by a tenant farmer. Williams says the sale will not affect that use of the property or the tenant.

The company is not disclosing the terms of the deal. The transaction has to be filed with the Lancaster County Recorder of Deeds within 90 days.