Delco’s Middletown fires Sunoco contractor because of conflict of interest 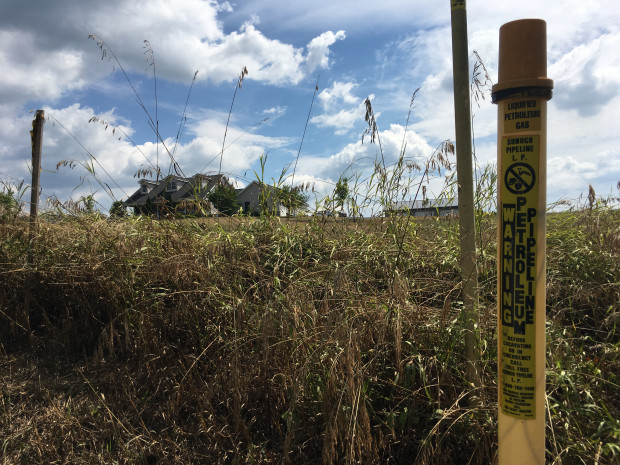 A marker for Sunoco's Mariner East 1 natural gas liquids pipeline near a home in Cumberland County. Residents of Middletown, Delaware County are concerned about the safety of the Mariner East 2, which is under construction.

Delaware County’s Middletown Township fired a contractor that was doing a risk analysis of the Mariner East 2 pipeline because the company was also working for the pipeline’s builder, Sunoco.

The township issued a statement on Wednesday saying it became aware that the contractor, DNV-GL, had a conflict of interest because of its relationship with Sunoco Pipeline, and terminated the contract immediately.

“When the township was made aware of the possible conflicts, we immediately asked for a full explanation from DNV-GL about the nature of their business relationship with Sunoco,” the statement said. “As a result of that inquiry, Middletown Township and DNV-GL have agreed to terminate their contract effective immediately.”

The statement said township officials were unaware of DNV’s relationship with Sunoco when they engaged it to do the risk analysis. StateImpact reported on the conflict of interest last week.

Norway-based DNV helped Sunoco defend itself last year against federal charges that it used unqualified welders on a Texas pipeline.

The township hired DNV for the analysis after a citizens’ group, the Middletown Coalition for Community Safety, engaged another company for a separate analysis that was published in March.

The township, which agreed last year to allow Sunoco to build the cross-state pipeline on four parcels of public land, has been under pressure from residents who say the natural gas liquids pipeline poses a grave risk to public safety.

“The safety of our residents has been and remains the top priority of the township and this council,” the statement said. “Comprehensive and credibly based emergency planning greatly aids us toward that end in the event of a pipeline-related incident.”