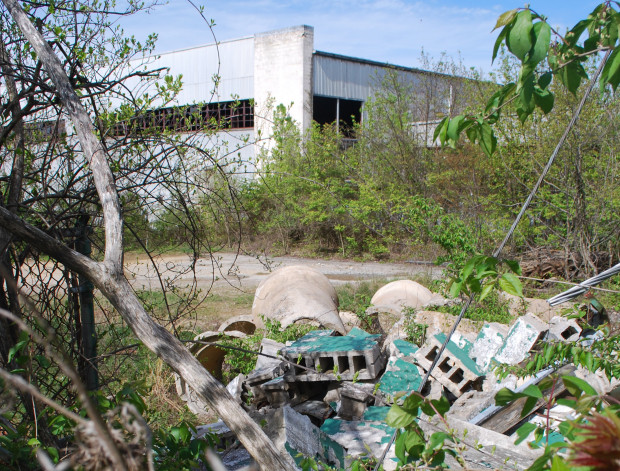 The Bishop Tube site in East Whiteland Township, Chester County. Environmentalists who oppose development plans say they were hit with a SLAPP suit by the developer.

Environmentalists seeking a full cleanup of a contaminated Chester County industrial site hit back on Wednesday at a lawsuit filed by the site’s developer, Brian O’Neill, accusing him of trying to suppress opposition to the project.

Delaware Riverkeeper Network, in preliminary objections to the suit, said O’Neill was seeking to “intimidate and retaliate against the citizens” when he accused the group and its co-defendants of spreading “false and intentionally misleading information” about his plans to remove contaminated material and build 228 townhouses on the Bishop Tube site in East Whiteland Township.

O’Neill, in his suit filed in Chester County Court of Common Pleas on June 27, accused the defendants of defamation, interference with his business interests, and conspiracy, and asked the court to impose a fine of $50,000 plus punitive damages and other costs.

In their response on Wednesday, the defendants say they are protected from liability for exercising their power to petition the government under the free-speech provisions of the U.S. and Pennsylvania constitutions.

“The lawsuit is demonstrably false,” van Rossum said at a press conference in a suburban cul de sac on the edge of the site, surrounded by about 20 community members. “It’s clearly filed in an effort to silence this community’s opposition to his proposal to undertake a partial remediation in order to undertake a massive development project.”

The 27-page response asks the court to dismiss O’Neill’s suit.

James Sargent, an attorney for O’Neill, said his client has no intention of infringing any First Amendment rights.

Sargent said DRN has falsely alleged that his client is responsible for the contamination and is trying to avoid responsibility for cleaning up the site. “Nothing could be further from the truth,” he said.

Sargent argued that O’Neill is the only party to have proposed a cleanup plan, unlike DRN, community members, or the local state Senator, Andrew Dinniman, a Democrat who on Wednesday came out in support of the Riverkeeper Network.

He said the proposed development can be done “responsibly and safely” without impeding any plan to treat the ground water beneath and site, which has spread beyond it.

A recent decision by East Whiteland Township to withdraw its support for $1 million in state funding to help with O’Neill’s cleanup plan, as urged by DRN, represents a “significant setback” for the planned remediation, Sargent said.

Sargent said DRN had “shot itself in the foot” by asking the township to reverse its support for the funding from the Department of Community and Economic Development.

“You may not like the overall plan, but $1 million to help the cleanup is a significant step forward,” he said. “If you truly want the environment cleaned up, why would you hope to scuttle funding from the state?”

He declined to comment on whether the township’s reversal imperiled the entire development plan but said the move had damaged prospects for the cleanup.

“His plan was the only plan that anybody had for cleaning up the site,” Sargent said. “Now that’s had a significant setback. Now that the township has withdrawn its support for that, it seems like that’s a big step backwards.”

Van Rossum also accused the Pennsylvania Department of Environmental Protection of failing to curb contamination on the site over four decades, and said officials still don’t know how contaminated the site is or how far it has spread

DRN and its allies are pressing the DEP to support a full cleanup of the site which they say should be paid for by Johnson Matthey and the Whittaker Corporation, two former owners that have been identified by DEP as “potentially responsible parties.”

Virginia Cain, community relations coordinator for DEP, said officials continue to investigate contamination on the site and have prepared several reports for the potentially responsible parties since 2008.

Cain said about 85 monitoring wells have been drilled on the site in an effort to understand how groundwater flows into the bedrock, and that officials expect to publish an update this winter to a Remediation Investigation that was first done in 2015.

“Upon completion of the investigation, DEP will be selecting a final remedial response to address this site,” Cain wrote in an email. “Pennsylvania law provides for remediation of any site to be based upon future use. Some uses require more remediation than others but the end use of a site is a local decision and not one for DEP.”

The environmentalists want the site to become a public park after all the contamination is removed. They say that building the townhomes would expose future residents to contaminants, and that disturbance to the soil during construction could increase the exposure for people who already live around the site.

The contaminants include trichloroethylene (TCE), a chemical that was used as a degreaser by companies that made tubing for defense contractors and other industries on the site, which closed in 1999. TCE is classified by the U.S. Environmental Protection Agency as carcinogenic to humans.

TCE, plus some other volatile organic chemicals and some heavy metals, are spreading into the surrounding community via ground water and a local creek, van Rossum said.

Concentrations of TCE in some places on the 13-acre site are thousands of times higher than recommended by state health standards, van Rossum said Wednesday.

The environmentalists say O’Neill’s plan for a partial cleanup would fail to remove all TCE from the site, leaving residents still exposed to the chemical, and fueling local suspicions that there is a link between the contamination and many cases of cancer, some of them fatal, among residents near the site.

East Whiteland resident Kate Stauffer said at Wednesday’s press conference that her daughter Elizabeth, 27, has had three brain tumors, which may or may not be linked to the contamination at Bishop Tube. “In 1990, my daughter was born, in 1999, Bishop Tube closed,” Stauffer said. “As to what I have said about the implications of the toxicity and a connection with my daughter’s brain tumor, we are still looking into the connection, as well as the health of my neighbors.”

Sen. Dinniman, in a statement read to the press conference, defended residents’ right to speak out against the project.

“Pennsylvanians have a constitutionally protected right to clean air, pure water, and the preservation of the natural environment,” the statement said. “Citizens also have a right to voice their opinions, views and concerns on decisions regarding our public natural resources.”