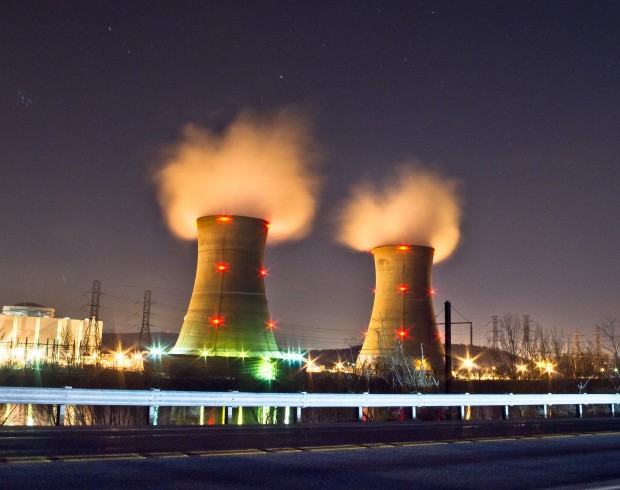 Exelon says it will close Three Mile Island's Unit One reactor in September 2019.

Exelon has announced it will prematurely close the Three Mile Island nuclear power plant in September 2019—15 years before its license expires.

The plant’s been unable to compete. Like coal companies, the nuclear power industry faces slowing demand for electricity, along with a glut of cheaper natural gas and renewables. Around the country, five nuclear plants have retired in the past five years, and another five are scheduled to close within a decade.

TMI is located outside Harrisburg. It has 675 workers and one functional reactor. Its Unit 2 reactor was mothballed after the 1979 accident when it partially melted down.

Touting itself as a form of clean energy, the industry has recently been lobbying state legislatures with a controversial pitch for help.

David Fein, Exelon’s vice president for state government affairs, is hoping Pennsylvania follows the example of other states– like New York and Illinois– which have enacted new legislation to shore up their nuclear fleets.

“If we’re fortunate enough that policy changes take hold in Pennsylvania, then maybe there will be an opportunity to reverse this decision,” says Fein.

Exelon recently scaled up its lobbying efforts in Harrisburg, in hopes of state support. Legislators have responded by forming a new bipartisan Nuclear Energy Caucus to explore the issues.

“Today’s announcement confirms what we have suspected for many months – that there are serious and consequential underlying issues in Pennsylvania’s energy sector that must be addressed,” they said. “The premature closure of the Three Mile Island Nuclear Generating Station will mean a significant loss of family-sustaining jobs, high capacity baseload clean energy, and the many direct and indirect economic benefits that surround the production of electricity from a nuclear power plant.

New York and Illinois recently gave billions in subsidies to the nuclear industry through the creation of zero emission credits, which essentially broaden the definition of clean power to include nuclear. Another option for Pennsylvania could include changing its Alternative Energy Portfolio Standard. But the bailouts are facing opposition from those competing power producers, especially the booming natural gas industry.