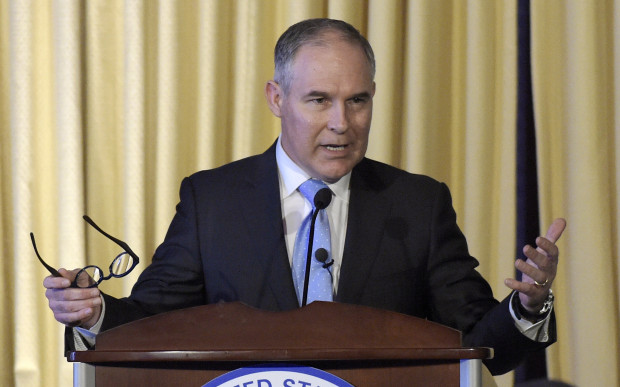 Environmental Protection Agency Administrator Scott Pruitt says states, "have the resources and expertise to deal with clean water and clean air issues.” But amid years of budget cuts, many state agencies, like the Pennsylvania DEP, are struggling to do basic tasks, like water inspections.

The Trump administration has proposed cutting 2.6 billion dollars from the Environmental Protection Agency. That’s about a third of its budget.

It could mean state environmental agencies will have to do more work with less money. But in many places, those agencies are already strapped.

John Holden is water production supervisor for the City of Lancaster. Standing on the banks of the Conestoga River, he watches water rush into one of the city’s two filtration plants. Inside the plant, he shows off the spaghetti-like membranes that block bacteria from getting into water for 120,000 people.

“This is what separates the dirty water from the clean water,” he explains. 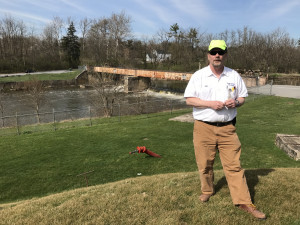 Lancaster City water production supervisor John Holden has seen the Pennsylvania DEP get cut over the past decade.

According to Holden, the state does regularly check water quality at this plant, because it’s part of such a big system. But he says smaller water systems — for example, a school in a rural area, or a mobile home community—can get overlooked. Pennsylvania has about 8,600 public water systems.

This is a problem because it’s almost always state environmental agencies that do the work of enforcing federal environmental laws. Pennsylvania now plans to hike fees on public water systems, so it can hire more inspectors. The state Department of Environmental Protection hopes the fee increase will raise $7.5 million to pay for 33 new inspectors.

“They probably need to raise their fees, so they can do their job,” says Holden. “They’ve certainly been cut over the last 10 to 15 years. I’ve seen that.”

Over the past decade Pennsylvania’s DEP has lost about 40 percent of its state funding and 25 percent of its staff. Earlier this year, the agency’s Citizens Advisory Council sent a letter to legislators warning the budget cuts have reached an “unsustainable level.”

“I think the department, over the last 10 or 12 years, has had to do so much triage– decide what lives and dies,” says Hess. “In my opinion, it is very close to not being able to accomplish its mission.”

Together, he says Republican and Democratic administrations have cut nearly two and a half billion dollars from Pennsylvania’s environmental programs.

Joanne Kilgour, who leads the Pennsylvania chapter of the Sierra Club, says an agency with a bare bones budget is also more vulnerable to lawsuits.

“It makes it very difficult for an agency to adequately carry out their duties,” she says. “And that’s exposure to potential liability.”

Alexandra Dunn is executive director of the Environmental Council of the States, an association of state agency leaders.

“There’s not a lot of fat left in the state environmental agencies,” says Dunn.

On average, she says, state agencies get about 27 percent of their funding from the federal government. Three state environmental agencies– Illinois, Nevada, and Arizona– receive no state funding and rely entirely on a mix of federal money and fees. Many agencies faced budget crises after the Great Recession, and Dunn says they’d be hurt by more cuts.

“The outcome will likely be slower issuance of permits,” says Dunn. “And less monitoring of ambient environmental conditions.”

The new EPA administrator, Scott Pruitt, is defending the White House’s proposed cuts. In a recent interview with FOX News’ Chris Wallace, Pruitt said states can do their jobs.

“You know, we have state Departments of Environmental Quality across the country that have the resources and expertise to deal with clean water and clean air issues,” said Pruitt.

Pennsylvania’s top environmental chief, Patrick McDonnell, disagrees. He recently sent Pruitt a letter, slamming the proposed cuts. He accused the Trump administration of putting the health and safety of Americans at risk.