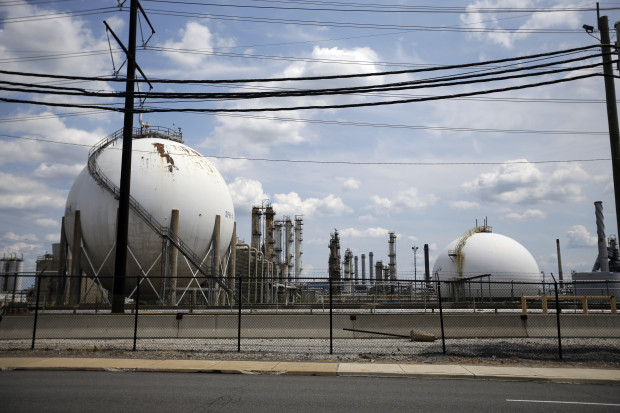 This photo taken on July 11, 2012, shows the Marcus Hook Refinery in Marcus Hook, Pa. The facility, which is owned and operated by Sunoco Logistics, is an international hub for natural gas liquids from the Marcellus Shale region of Western Pennsylvania. Sunoco Logistics wants to build the Mariner East 2 pipeline, which will transport more natural gas liquids from the western part of the state to the port at Marcus Hook, Delaware County..

Update: The Environmental Hearing Board rejected a temporary halt on the start of construction Friday morning, updates will be forthcoming.

Three environmental groups urged a Pennsylvania judge to temporarily block the start of construction on a controversial pipeline just three days after it received its final permits from state officials.

The groups said construction of the Mariner East 2 pipeline would cause “irreparable harm” by cutting down trees and threatening public and private water wells and aquifers with contamination if it went ahead.

Clean Air Council, Delaware Riverkeeper Network and Mountain Watershed Association said construction of the line, if completed, would result in the deforestation of 1,500 acres and the disturbance of about twice that area, the groups said, in an appeal against the permits, issued by the Department of Environmental Protection on Monday.

The groups urged Judge Bernard Labuskes of the Environmental Hearing Board to issue a temporary “supersedeas” order that would prevent Sunoco Logistics from starting work on the line until a full hearing is held in early March.

The $2.5 billion line would carry natural gas liquids from the Marcellus Shale of southwest Pennsylvania to an export terminal at Marcus Hook near Philadelphia. The project has been strongly opposed by some landowners who are fighting the company’s efforts to take land via eminent domain. And some residents of densely populated areas near Philadelphia question the company’s assurances that the line would be safe.

An attorney for Sunoco said work on the line needs to start right away in order to meet a deadline for tree felling that’s designed to protect the Indiana bat, a threatened species.

The Sunoco attorney, Robert Fox, also said work on the line would not cross streams or wetlands before the full hearing. He argued the project would create thousands of construction jobs and generate millions of dollars in tax revenue. 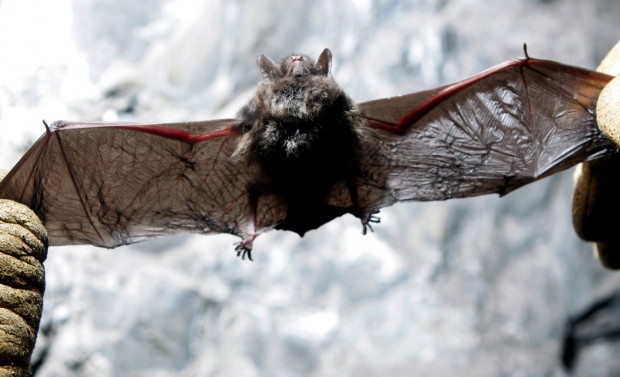 In this Jan. 27, 2009 file photo, Scott Crocoll holds a dead Indiana bat in an abandoned mine in Rosendale, N.Y. The bat is endangered, which restricts when Sunoco can clear trees in parts of Pennsylvania.

The DEP has been working with the company for more than two years to correct problems with its permit applications.

Alex Bomstein, an attorney for the Clean Air Council, said the company still has not met all the requirements. He told the judge during an almost two-hour hearing that the DEP issued the permits despite remaining “deficiencies” after it was “directed” to do so.

Asked after the hearing where that direction had come from, Bomstein said: “We do believe that that was political pressure directed on to DEP that it had to issue these permits when in fact they weren’t ready to be issued.”

Gov. Tom Wolf denied the permit decision was based on political pressure, when asked earlier this week by a reporter with CBS radio.

Margaret Murphy, an attorney for the DEP, rejected Bomstein’s criticism, saying the department had conducted a thorough review that took up some 20,000 hours of staff time, and examined almost 30,000 public comments.

“The DEP is confident that the permits that were issued are protective,” she said.

Murphy said the DEP had conducted a “holistic” review that included input from three DEP regions and 17 county conservation districts.