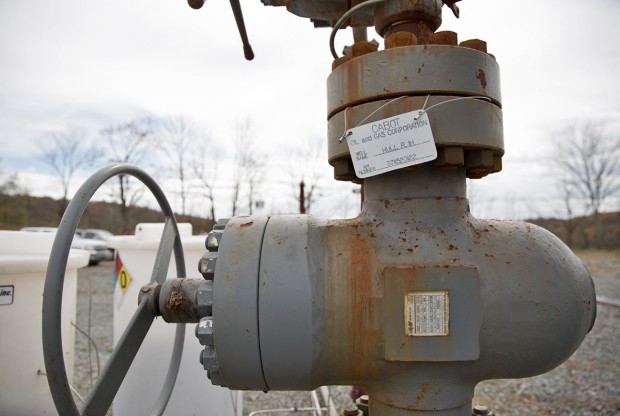 A new study shows that background levels of methane in Northeast Pennsylvania increased significantly at a time when well drilling activity decreased, pointing to leaks of natural gas during production and transportation. Researchers from Drexel University found that atmospheric levels of the potent greenhouse gas increased by 100 parts per billion between 2012 and 2015. Typically, background levels of methane would have increased by 18 parts per billion in three years, according to the study’s director Peter DeCarlo, who runs Drexel’s Air Resource Research Laboratory.

“So there’s clear increases in emissions happening in that region over this time span,” DeCarlo said.

The study adds to a growing body of research on the overall climate impact of switching power plants from coal to natural gas. Methane is considered more potent a greenhouse gas than carbon dioxide because although it breaks down more quickly than CO2, it traps heat 28 times more effectively over the course of 100 years. This week, Pennsylvania’s Department of Environmental Protection issued new proposals for regulating methane emissions.

The methane measurements were not taken directly from natural gas sites like compressor stations or well sites, but instead ground-level sampling occurred across Northeast Pennsylvania, where there’s a heavy concentration of shale gas drilling. Fewer wells were drilled between 2012 and 2015, but the amount of natural gas produced more than doubled during that time.

“So this increase in methane that’s happening in the background is not from new wells being drilled,” said DeCarlo. “Pulling that natural gas out of the ground is what’s leading to these background concentrations.” He said researchers eliminated changes in atmospheric conditions as a cause, and there were no local changes in agricultural activity that would have created such a large jump in methane.

“Analysis of local-scale background concentrations of methane and other gas-phase species in the Marcellus Shale” was published Thursday in the peer-reviewed journal Elementa: Science of the Anthropocene, a free, open-data publication. The study was funded by the Department of Energy and the Electric Power Research Institute.

Background methane is not a public health threat. DeCarlo says the natural gas in Northeast Pennsylvania is primarily methane, with some ethane and propane.

“But those aren’t nearly as harmful as things like benzene and toluene, some of the aromatic species you get from the refineries in places like Philadelphia.”

“Because you’re not dealing with sulfur dioxide or heavy metals that come with burning coal.”

But with regard to climate impacts, researchers say the benefits of reduced CO2 emissions gained from replacing coal with natural gas are erased if more than two to three percent of the gas produced escapes on it’s way to the power plant.

In 2011, Cornell University professors Robert Howarth and Anthony Ingraffea, published a paper on shale gas, raising questions about the amount of methane released during production and whether those emissions cancelled out the gains from less carbon dioxide emitted at the power plant, as compared to coal. Citing a lack of data and the need for more research, Howarth and Ingraffea estimated that methane emissions from shale gas was 3.6 to 7.9 percent of total production.

Last October, the journal Nature published a study by NOAA, which found that although previous methane emissions globally from fossil fuel production, including coal, oil and gas, had been significantly underestimated, the overall atmospheric increases in methane was not due to oil and gas production. NOAA, which has been measuring methane in the atmosphere since 1984, says the global increase in methane could be coming from microbial sources including wetlands, rice paddies and agricultural livestock like cows.

The Environmental Defense Foundation has also conducted it’s own studies, working with industry to encourage plugging leaks and eliminate flaring.