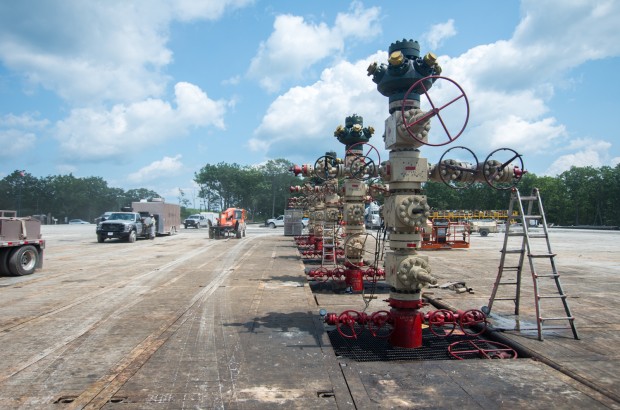 Revenue from Pennsylvania’s natural gas drilling impact fee is expected to hit a record low this year, according to a report from the state’s Independent Fiscal Office.

The IFO projects the fees will bring in $174.6 million–down 7 percent compared to last year. It’s a 23 percent decline since peaking at $225 million three years ago.

The drop is largely driven by a decline in new drilling, due to depressed gas prices. Pennsylvania is the only major energy-producing state that doesn’t tax gas production. Instead, a so-called “impact fee” is levied on each well drilled. The fees are highest in the first year of a well’s life and can range from $40,000 to $60,000. As time goes by, the fees decline— ending completely after 15 years.

“The aging wells and declining revenues– that’s a normal occurrence,” says IFO deputy director Mark Ryan. “Production can extend for a while, but it does tail off significantly after the first five or so years.”

There were 503 new wells drilled in 2016, compared to 7,450 wells aged four years or more. About a quarter of those older wells didn’t pay the fee at all– either because they’d been plugged or produced so little gas they were exempt.

The fees have become an important source of funds for local governments because 60 percent of the money stays in the regions where drilling occurs. The rest goes to various state agencies involved in regulating the industry and to the Marcellus Legacy Fund– which gets spread out around the state.

The final revenue totals will be released later this year by the state Public Utility Commission. Governor Tom Wolf has said he intends to push for a new tax on gas production this year, although he’s been unsuccessful in getting one through the legislature for the past two years. Wolf’s expected to outline his new plan in his annual budget address February 7.