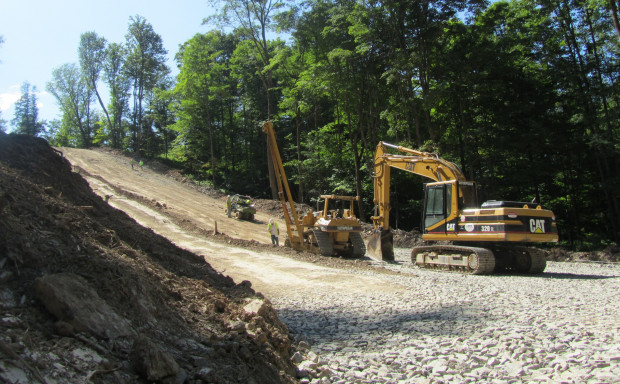 The Federal Energy Regulatory Commission (FERC) says it needs more time to issue its final environmental impact statement (EIS) for the $1 billion PennEast pipeline project, shifting it’s planned release from February 17 to April 7, 2017. FERC says additional information provided by state agencies, as well as the PennEast Pipeline Company prompted the delay. It’s the second time the agency postponed the release of the final environmental report since issuing the draft EIS in July. That initial EIS concluded the 120-mile pipeline, which would run from Luzerne County, Pennsylvania to Mercer County, New Jersey, would impose “less than significant levels” of environmental damage as long as the company adopted certain mitigation measures.

But the draft EIS got significant pushback from pipeline opponents, as well as a number of state and federal agencies. In September, PennEast proposed 33 deviations from its original route, prompting calls for a new assessment. FERC’s announcement on Monday implies it will not issue a new draft EIS, but rather, update the current statement. The agency has 90 days after issuing its EIS to make a final decision on the pipeline.

PennEast Pipeline spokesperson Pat Kornick said the company expects the line to be up and running in the second half of 2018.

“After a two-and-a-half year review of PennEast Pipeline Company’s application, including the 33 route adjustments announced in September to further reduce environmental impact, the additional 49-day review period FERC announced today will help ensure a complete and thorough review,” said Kornick in a statement.

But environmentalists say the pipeline construction will result in forest fragmentation, damage to wetlands, as well as the 255 waterways it will cross.

Comments from state and federal agencies to FERC on its draft EIS repeatedly criticized a lack of information and unanswered questions. EPA’s region III office concluded that the project “results in significant adverse environmental impacts,’’ including possibly mobilizing naturally occurring arsenic into groundwater.

In separate comments, the New Jersey Department of Environmental Protection cited concerns with the project’s impacts on high-quality streams in the state and lack of proof that construction would not impair them. The NJ DEP had some harsh words for FERC’s draft EIS, stating that “by no stretch of imagination can it be considered an ‘engineering and environmental analysis,’ adding that portions of the report were “disingenuous’’ and “insulting.’’

“They’re still on the path of rubberstamping the PennEast pipeline project,” said Maya van Rossum, from the Delaware Riverkeeper Network. “They’re just recognizing they need more time to go through their rubber-stamping hoops.”

The Delaware Riverkeeper Network has filed a federal lawsuit claiming FERC has engaged in undo bias, favoring industry in all pipeline proposals. The case will be heard by the D.C. Circuit court in March. Van Rossum says her organization is prepared to file suit if FERC approves the PennEast project.

“What we want is a draft EIS filled with accurate and complete information,” she said.