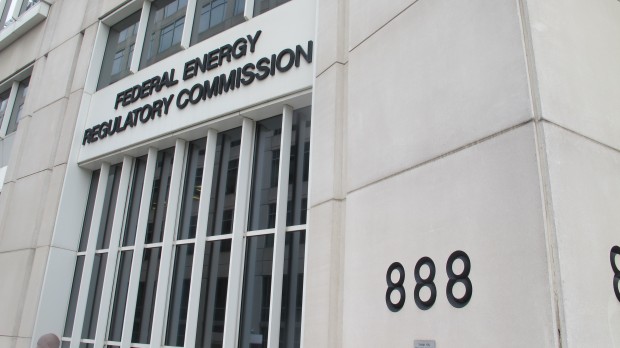 With the resignation of Chairman Norman Bay, the Federal Energy Regulatory Commission lacks the quorum necessary for issuing decisions.

The abrupt resignation of a senior federal regulator threatens to put billions of dollars of new pipeline projects on hold across the U.S.

Bay’s departure leaves FERC with just two of its five commission seats filled—not enough for the required quorum to make decisions. The move could leave major pipeline projects in limbo for months.

“The Commission is working to get as many orders out as we can in the time we have left with a quorum,” said Acting Chairman Cheryl LaFleur in a statement Friday. “I am confident that with the strong team we have here, we can continue to do our important work.”

Projects that have been through years of regulatory review and are awaiting final approval include new multi-billion dollar transmission pipelines intended to alleviate a natural gas glut in the Appalachian basin and supply markets including the East Coast, Midwest, Gulf Coast and to Canada.

Williams Partners’ Atlantic Sunrise pipeline is among those awaiting final word from FERC. The pipeline would ship gas from northeastern Pennsylvania southward and connect into a larger network of lines.

“The President clearly recognizes that natural gas infrastructure is critical to U.S. economic growth, job creation and expanding the American manufacturing base,” says Williams spokesman Chris Stockton in an email. “We believe this Administration will prioritize filling the Commission’s vacancies so that critical natural gas infrastructure projects like Atlantic Sunrise can be approved.”

The project has faced intense criticism from local opponents, who recently built encampments and are working with activists who participated in the protests against the Dakota Access oil pipeline.

On Friday the Interstate Natural Gas Association of America, a trade group representing pipeline operators, sent Trump a letter urging him to act quickly to fill the vacancy.

Even if Trump chooses someone quickly, the process will likely take several months. The appointment requires Senate confirmation.

Sen. Lisa Murkowski (R- Alaska), chair of the Energy and Natural Resources committee, says she will make it a top priority.

“After next week, FERC will need a full complement of commissioners as soon as possible so that it can tackle the important work on its busy docket,” Murkowski said in a statement. “The Senate’s challenge will be to promptly consider, without undue delay, FERC nominations once they are received.”

“I think [Bay] was perhaps disappointed that Commissioner LaFleur was elevated above him, and he decided to leave. He could have stayed on.” says Elefant. “I’ve heard in some FERC circles he’s being criticized for that.”