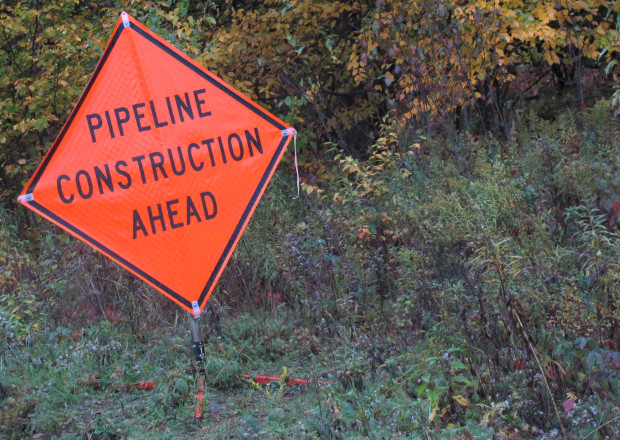 Opponents of a plan to build the Mariner East 2 natural gas liquids pipeline through Delaware County’s Middletown Township welcomed a decision by the local council to approve an independent study of whether the pipeline poses a safety risk to the community.

The council agreed on Jan. 23 to spend $44,500 on a Quantitative Risk Assessment to be conducted by Quest Consultants Inc., an Oklahoma-based company that specializes in assessing the risks associated with processing hazardous materials such as the highly volatile liquids that would be carried by the pipeline.

The council’s decision follows dire warnings by opponents of the Sunoco Logistics line that it would expose residents including school children to the risk of explosions and toxic gases if there was a leak.

The study is expected to start by Feb. 1 and to be completed in March, in time for a “schools summit” organized by the local Rose Tree Media School District, to discuss emergency preparedness for the pipeline.

Seth Kovnat, a member of the township’s Pipeline Safety Advisory Committee, and an outspoken opponent the pipeline plan, said the study would quantify the project’s risks through such measurements as how much heat would be generated by an explosion; how far escaping gases would travel, and how far away from any leak first responders would have to stand for their own safety.

“We’re happy that we finally have a quantitative look at this particular type of pipeline containing highly volatile liquids,” Kovnat said. “Nowhere in the public domain is there quantifiable data on what happens if there is a leak.”

Kovnat said he believes the study would be the first for natural gas liquids pipelines, and predicted that it could set a precedent for safety standards in Pennsylvania and beyond.

“We’re leading the charge statewide on doing this kind of quantifiable assessment,” he said.

Kovnat, who has frequently presented technical data to the council to back up his concerns about the pipeline, expressed confidence that the contractor would present an impartial report.

“I’m personally going to see to it that it remains unbiased and tells us exactly what we need to know,” he said.

Opposition to the line has led to the formation of the Middletown Coalition for Community Safety which issued a statement welcoming the council’s decision.

“This risk assessment will quantify the severity of potential emergencies that would result from a rupture on the proposed Mariner East 2 pipeline,” it said. “The results will enable the township and local communities to identify the risks to public safety and take steps to mitigate or plan accordingly.”

The study will be paid for out of the $1.8 million that Sunoco agreed to pay the township in return for its permission to build the pipeline on four parcels of public land.

Another independent study, for nearby West Goshen Township, concluded recently that Sunoco’s procedures comply with or exceed federal safety standards, but did not examine the consequences of any leak from the line.

Sunoco, which repeatedly stresses its safety standards, plans to build the 350-mile line from western Pennsylvania to the Marcus Hook Industrial Complex near Philadelphia, at a cost of $2.5 billion. It is fighting eminent domain battles at some places along the route with landowners who have declined its offers of compensation for building the line on their land.

Its spokesman, Jeff Shields, did not immediately respond to a request for comment on the Middletown study.