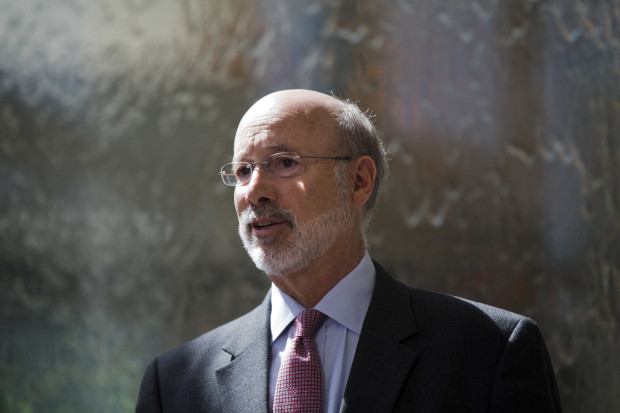 Responding to a question from a reporter at an event hosted by the Chamber of Commerce for Greater Philadelphia last week, Gov. Wolf indicated he supports approval of the required state permits to build the controversial Mariner East 2 pipeline project. When questioned by 6abc anchor Matt O’Donnell about permit delays Wolf said “We’re working through that.” On further questioning Wolf affirmed that the pipeline project could still happen. There’s been no word from DEP on whether the agency has finished reviewing Sunoco’s updated applications and if those updates meet all of DEP’s requirements. Wolf spoke to the southeast Pennsylvania business community as part of an annual event hosted by the Chamber. The Chamber has advocated for the region to become an “energy hub,” where new pipelines full of Marcellus Shale gas could feed new manufacturing.

The bulk of the contents flowing through the Mariner East 2 pipeline would actually be shipped overseas to a plastics factory in Scotland. Sunoco Logistics has had to delay building the 350-mile pipeline because the company has not yet secured the necessary permits from DEP. The agency informed Sunoco last September that its applications for water crossing and earth disturbance permits were insufficient, outlining hundreds of issues that needed addressed in each of the 17 counties along the planned pipeline route. The “deficiency letters” sent to Sunoco by DEP galvanized pipeline opponents, generating an unprecedented number of public comments to the DEP on the obscure permits known as Chapter 102 and 105. The lack of permits caused Sunoco to push back its plans to begin pipeline construction. Originally, the pipeline was supposed to be completed by the end of 2016. Pipeline construction is now slated to be completed by the third quarter of 2017.

Wolf said the delay is related to local opposition rooted in a feeling that residents are not going to benefit from the gas. “The problem, I don’t think is at the state level, a lot of it is at the local level.”

Sunoco has responded to DEP’s deficiency letters, and the new applications are under review. Sunoco Logistics spokesman Jeff Shields says he has no information on when the company will hear back from DEP regarding the permits. A spokesman for DEP, Neil Shader, also said he has no knowledge of when a decision on the permits will be issued.

DEP’s deputy secretary for oil and gas management, Scott Perry, told the Pittsburgh Post-Gazette this month that the agency’s policy is to not issue permits that have technical deficiencies. Perry told the newspaper he knew of only two instances in his career when permits were not issued due to recurring deficiencies.

Pipeline opponents have asked for a new public comment period based on the updated applications submitted by Sunoco in response to the deficiency letters. Shader said DEP Secretary Patrick McDonnell is considering that, but has not yet made a decision.

Eric Friedman, a homeowner who lives along the pipeline route, and who opposes the planned pipeline says a new public comment period is needed. He also said Wolf’s comments imply the pipeline company will get its permits no matter what the reviewers at DEP think. “I’m concerned the fix may be in,” he said. “I think the governor has decided that an appropriate time period will go by and the DEP will issue permits. This is not the way it’s supposed to work.”

A spokesman for Governor Wolf, J.J. Abbott, told StateImpact the DEP has full authority in making the decision.

“The decision at the end of the day is going to be made by the DEP, but DEP is making progress on the review of those applications.”

Abbott said he had no additional information about the timeline regarding DEP’s review of Sunoco’s permits. In an email, Abbott said Wolf supports new pipeline infrastructure.

“At the same time, the administration is committed to ensuring that the development of these resources is done in a way that protects the environment and the health of citizens,” wrote Abbott.
“Review of the permit application packages for large pipeline projects requires significant coordination at DEP and other agencies, as well as appropriate public participation and stakeholder engagement,” he said. “The state is making progress in reviewing these applications in a timely manner, despite limited resources, while ensuring that potential environmental impacts are thoroughly evaluated and mitigated.”