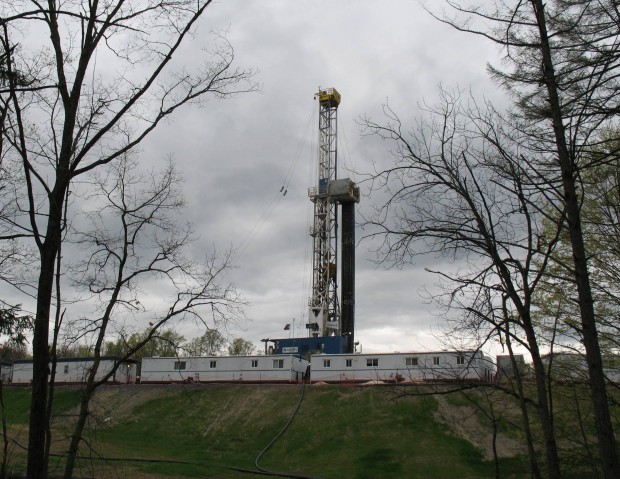 Several counties in northeastern Pennsylvania are looking into forming a strategic alliance to pressure lawmakers to change the state's oil and gas royalty law.FM

Several counties in northeastern Pennsylvania have begun exploring the idea of forming a strategic alliance to pressure the state legislature to change oil and gas royalty law.

The move follows years of allegations by landowners, who say some drilling companies are cheating them out of royalty money. Bradford County Commissioner Doug McLinko (R) estimates it’s amounted to hundreds of millions of dollars flowing out of local communities.

“The royalty issue is huge. It’s hurting a lot of local businesses,” he says. “As a region, we produce more gas than a small foreign country does. This is about how we can join together, when we have a state legislature that really ignores rural Pennsylvania.”

A 1979 state law requires oil and gas companies to give mineral owners at least a 12.5 percent royalty. Depending on the language of a lease contract, drillers and landowners may share post-production costs. These are expenses incurred when gas is processed and transported to market through pipelines. For years people have complained some companies charge exorbitant, and possibly fraudulent, post-production costs– often leaving them with far less than the statutory 12.5 percent.

The alliance is being spearheaded by Bradford county. Potential partners include Wyoming, Susquehanna, Sullivan, Tioga, and Lycoming counties. The group intends to meet in the coming weeks.

“This is a very important topic,” she says. “People should be paid what they’re supposed to be paid.”

Wyoming County Commissioner Tom Henry (R) says he still needs to discuss the idea with the other two commissioners, but he’s interested.

“We’re definitely in favor of an alliance over this issue,” says Henry. “I’m meeting with Doug [McLinko] on Tuesday about it.”

Last fall a bill aimed at addressing the issue died in the state House. It was the second such effort by royalty advocates. The gas industry lobbied successfully against both bills, arguing they amounted to unconstitutional efforts to rewrite existing contracts.