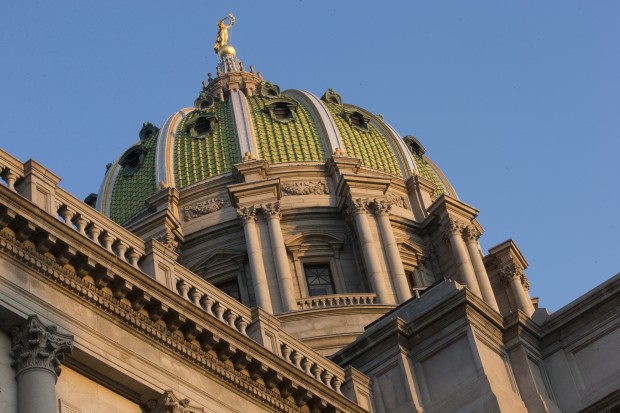 Given the waning number of voting days left in the legislative calendar, the controversial gas royalties bill is likely dead.

A bill aimed at addressing allegations natural gas drilling companies are cheating Pennsylvania landowners out of royalty money appears to be dead this legislative session.
HB 1391 was introduced following years of complaints some drillers charge exorbitant fees for processing gas. In Pennsylvania’s northern tier, people have received notices their royalty account has a negative balance, saying they owe thousands of dollars to drillers.
“I’m very disappointed for the landowners,” says the bill’s prime sponsor Garth Everett (R- Lycoming). “All we were asking for was a chance to get it to the floor.”
The measure was scheduled for second consideration in the state House earlier this week, but did not come up for a vote. It reappeared again on Monday’s calendar, but House GOP spokesman Steve Miskin said Friday afternoon it’s been pulled from the schedule.
“Everybody has been diligently trying to come up with a fair resolution. There’s not a single member who doesn’t understand why this bill was crafted,” says Miskin. “Clearly, we haven’t gotten to that point yet.”
Every bill needs three public airings in both chambers. With HB 1391 off Monday’s schedule, the waning number of voting days in the House and Senate won’t allow enough time. There were rumors session days could be added to the calendar, but Miskin says he’s not aware of any discussions.
“Mathematics alone would preclude it from becoming law this year,” he says.
Although the bill cleared a House committee in June, it remains controversial. The measure seeks to ensure landowners are paid the state’s legal minimum royalty rate, which is 12.5 percent. The industry has been lobbying against the bill, arguing it would violate the constitution’s prohibition on the impairment of contracts. Depending on the language of a lease contract, drillers and landowners may share post-production costs. These are expenses incurred when gas is processed and transported to market through pipelines. But people allege some companies are charging fraudulent post-production costs.
“A legislative response to this issue will not bring the relief that some are promising, as a lease is a binding contract and any disputes that may arise will always be most effectively resolved by the courts,” says Erica Clayton Wright, a spokeswoman for the gas trade group, the Marcellus Shale Coalition. “With the current market realities putting incredible pressure on energy producers and royalty owners, it’s absolutely critical that lawmakers turn their attention to encouraging natural gas infrastructure development and use.”
Jackie Root heads the Pennsylvania chapter of the National Association of Royalty Owners, which has been pushing for the bill’s passage. She says her group will be back in the Capitol Monday, regardless of whether the House takes it up.
“Everyday this goes by, landowners continue to have their gas stolen,” says Root. “It’s really sad. People don’t know where to turn. They’re looking to their legislators for help, and certain legislators are not standing up for their constituents.”
HB 1391 marks Everett’s second attempt to address the royalty complaints. A previous bill died during the last legislative session and was never allowed to come up for a vote. He says he will reintroduce a new one in 2017.
“I’ve been at this four years,” says Everett. “I’m disappointed, but I’m a sometime marathon runner. I’m in this for the long run.”