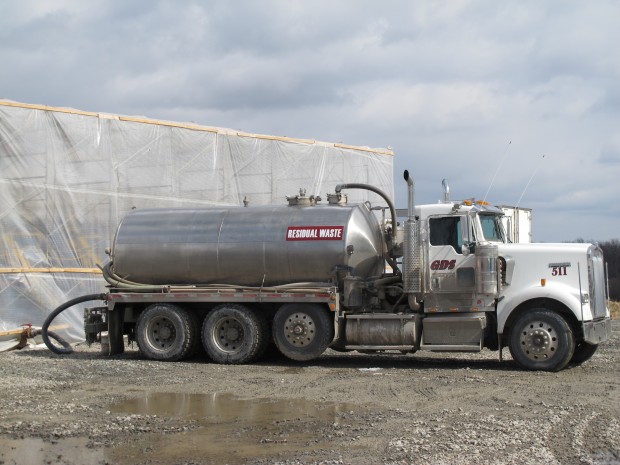 A federal court directed the U.S. Environmental Protection Agency to review and possibly update its regulations on oil and gas waste, in a decision that was welcomed by environmental groups who had sued the agency, claiming its rules have failed to keep pace with the fracking boom.
The U.S. District Court for the District of Columbia issued a consent decree late Wednesday saying the EPA must review the regulations, and if necessary issue a new rulemaking if it deems an update to be appropriate. The actions must take place by March 2019, the court said.
The consent decree, which is designed to settle a dispute between two parties without either admitting guilt or liability, is the outcome of a lawsuit against EPA by seven environmental groups who claimed that the agency has failed to review oil and gas waste regulations, as required every three years under the Resource Conservation and Recovery Act of 1976.
In the suit, filed in May, the plaintiffs said existing regulations are too weak to stop the escape of toxic materials such as benzene and mercury that have been used in the fracking boom since the mid-2000s.
The environmental groups including the Natural Resources Defense Council and the Environmental Integrity Project argued that EPA should use the law to stop drillers spreading fracking waste on fields and roads, and require landfills and pond that receive fracking waste to install liners that prevent leakage.
The suit also urged EPA to use the rules to address the disposal of waste water in underground injection wells, a practice that has been linked to earthquakes in several states.
On Thursday, the plaintiffs welcomed the court’s decision. “This consent decree is a step in the right direction toward fulfilling EPA’s duty to the public,” said Adam Kron, senior attorney at the Environmental Integrity Project.  “EPA has known since 1988 that its rules for oil and gas wastes aren’t up to par, and the fracking boom has made them even more outdated.”
Amy Mall, senior policy analyst for NRDC, said that any move by the incoming Trump administration to block the decree would leave the government in violation of the court order. “We are certainly very hopeful that the incoming administration will not violate the federal government’s legal commitments,” she said.
Among the incidents that could have been averted by updated EPA regulations, was one in Tioga County, Pennsylvania in 2012 when a pond holding 6 million gallons of fracking waste water leaked pollutants including strontium and arsenic into groundwater and a nearby stream.
The EPA referred an inquiry to the U.S. Department of Justice, which declined to comment. A spokesman for the American Petroleum Institute could not be reached for comment.
The other plaintiffs were Earthworks, San Juan Citizens Alliance, West Virginia Surface Owners Rights Organization, the Center for Health, Environment and Justice, and the Responsible Drilling Alliance.