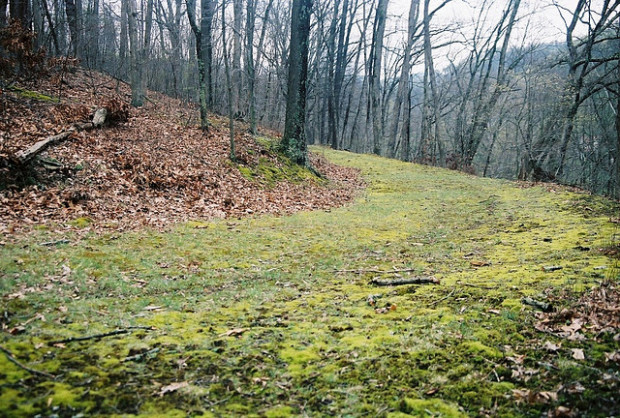 Pennsylvania’s Environmental Hearing Board has temporarily blocked coal mining near a trout stream in Greene County’s Ryerson Station State Park after two environmental groups challenged the permit.
The order, issued Friday by Judge Steven Beckman, prohibits Consol Energy from longwall mining within 500 feet of the park’s Kent Run stream, until the board can rule on the request by the Sierra Club and the Center for Coalfield Justice. The groups also claim Consol’s mining operations have already damaged another nearby creek, Polen Run.
Consol spokesman Brian Aiello didn’t address the allegations the company has damaged Polen Run but sent a statement on behalf of Jimmy Brock, the CEO of Consol affiliate, CNX Coal Resources.
“There are numerous environmental laws and regulations that we must live up to on a daily basis, and the permit at issue here is no exception. This has little to do with the environment and everything to do with an extreme philosophy that the people of Pennsylvania rejected at the ballot box in November,” says Brock. “We will continue to vigorously defend the livelihoods of the 2000 employees at the Bailey Complex.”
Ryerson is Greene County’s only state park. It’s located in an environmental justice zone, which is an effort to protect marginalized communities, such as minorities and people in poverty, from getting an unfair share of industrial development.
A decade ago, the state blamed Consol’s mining operations for damaging the park’s Duke Lake Dam. The lake had been a popular recreation spot for the community for years, but it was drained and won’t be replaced. The company did not admit fault but later agreed to a $36 million dollar settlement with the state.
“The Wolf Administration’s decision to issue this permit runs counter to its obligations under Pennsylvania’s Constitution, which promises all of us, as well as future generations, the right to pure water, clean air and the preservation of the environment,” Joanne Kilgour, Director of the Sierra Club Pennsylvania Chapter said in a statement. “It is unconscionable that the only state park in a state-designated environmental justice community is being sacrificed for the temporary benefit of this one company.”
The mining under Ryerson was the subject of a bizarre incident at a public meeting in Harrisburg earlier this month, when a member of the Center for Coalfield Justice asked about the status of Consol’s permit. She was ignored by state Department of Environmental Protection staff, who then engaged in a lengthy discussion about how to improve public engagement.
A hearing is scheduled for January 10 in Pittsburgh.

Ten stories from 2016 worth hearing again