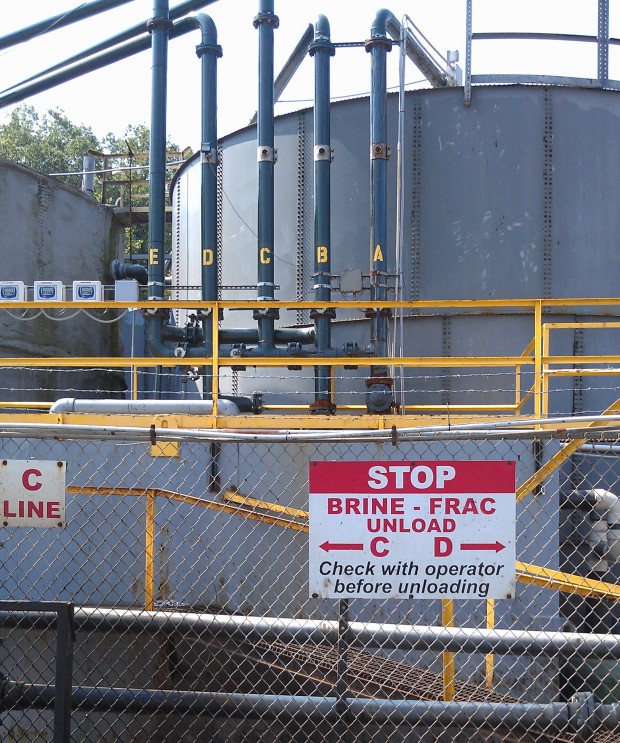 The U.S. Environmental Protection Agency has banned the disposal of hydraulic fracturing waste water at public sewage plants, formalizing a voluntary practice that removed most fracking waste from Pennsylvania plants starting in 2011.
The EPA on Monday finalized a rule that prevents operators from disposing of waste from unconventional oil & gas operations at publicly owned treatment works [POTW’s].
The rule is designed to prevent the entry into public water systems of contaminants such as heavy metals, chemical additives and high concentrations of salt that are associated with fracking, and which public water systems are typically not equipped to treat.
Most energy companies stopped sending fracking waste water to public treatment plants starting in 2011 when the administration of former Pennsylvania Gov. Tom Corbett called on the industry to end the practice.
Myron Arnowitt, Pennsylvania Director for the environmental group Clean Water Action, said compliance with the Corbett administration’s request was “not 100 percent” but that most energy companies have since then found other ways of disposing of or treating the water, including industrial treatment plants, underground injection wells, and recycling.
“It’s not going to affect tons of sources right this second,” Arnowitt said.
But the existence of the new rule will deter any renewed effort to dispose of waste at public treatment plants if and when gas production recovers from its current slump, putting more pressure on disposal facilities in the region of the Marcellus and Utica Shales, Arnowitt said.
“It’s important that EPA put this protection in place prior to what are extremely likely future gas rushes in Pennsylvania,” Armowitt said. “We still have only drilled about 10-15 percent of what is expected for the Marcellus and that is not even considering the Utica.”
In 2008 and 2009, towns and cities along the Monongahela River in western Pennsylvania were advised to use bottled drinking water after minimally treated fracking waste was pumped into the river by municipal sewage plants during the early days of Pennsylvania’s natural gas boom.
“We are pleased to see EPA set clear rules to stop this practice,” Arnowitt said. “Pennsylvania residents have learned the hard way that when the oil and gas industry is allowed to use sewage plants as their dumping sites our water becomes undrinkable.”
The American Petroleum Institute criticized the new rule, saying it would provide no real benefit given that producers are not currently looking to dispose of their waste in public water treatment facilities. But API spokeswoman Sabrina Fang said that it cuts off a potentially safe source for future waste disposal.
“… This rule constitutes the permanent removal of an option that has the potential, with improved technology, to become a valuable tool for recycling treated water and returning this important resource to the hydrologic cycle,” wrote Fang in an email.
“In a dynamic, innovation-driven industry like energy, we should not shut the door on technological improvements that have the potential to pay environmental and economic dividends for years to come,” said Fang.
The EPA said that fracking waste water contains contaminants such as total dissolved solids, organic and inorganic chemicals, and technologically enhanced naturally occurring radioactive material (TENORM), all of which can be harmful to human health.
“This potentially harmful wastewater creates a need for appropriate wastewater management infrastructure and practices,” the agency said in a statement on its web site.
Because treatment plants are not typically equipped to handle fracking waste, it can end up being discharged untreated from plants into waterways; can inhibit the plant’s biological treatment of regular waste; can accumulate in sewage sludge, and can facilitate the formation of harmful by-products, the agency said.
It said that operators don’t currently dispose of the waste at treatment plants but the rule has been published because there is a risk they will do so in future.