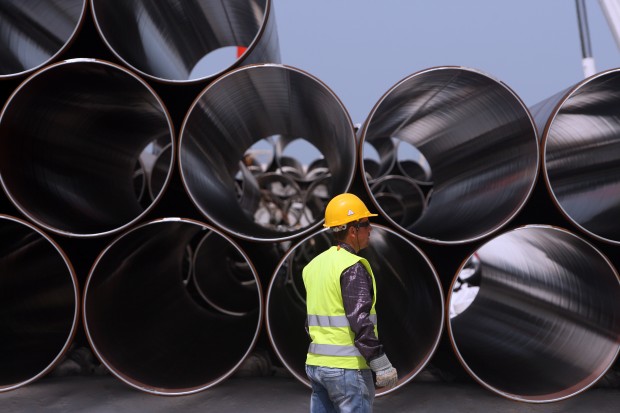 The bill provides $12 million in grants to expand access to natural gas.

Natural gas infrastructure projects are getting a $12 million boost in a budget bill Governor Tom Wolf has allowed to become law without his signature. The money shifts from the state’s Alternative Energy Investment Act and will be used as grants to hospitals, businesses, schools and local governments to expand access to natural gas.
The language is part of a broader bill known as the fiscal code–a companion piece of legislation to the state budget, which Wolf also allowed to become law last month. With this latest move, the state’s unprecedented budget impasse is finally over, two months before next year’s budget is due on July 1st.
GOP House spokesman Steve Miskin says legislative leaders have already begun talks with the Wolf administration.
“We obviously plan on an on-time budget,” he says. “Nobody wants to go through last year again– underscore, nobody.”
Wolf announced his intention to let the fiscal code become law in a press release late Friday afternoon.
“I look forward to coming together to reach a long-term solution to fix our deficit and to fund education at all levels,” he said. “I remain adamant that we must take additional steps to restore the cuts from the previous administration.”
Wolf recently vetoed a previous version of the fiscal code with more controversial energy and environmental provisions.
It would have given lawmakers more oversight over the state’s compliance with the federal climate change initiative known as the Clean Power Plan and blocked the state Department of Environmental Protection’s update of oil and gas regulations.
Some groups have criticized lawmakers for misusing the fiscal code. Joanne Kilgour heads the Pennsylvania chapter of the Sierra Club and believes it violates the state constitution, which requires bills to stick to a single subject.
“Looking forward to this next budget cycle we will be watching the fiscal code to make sure there are no questionably inserted environmental provisions that would comprise public health or the environment and potentially undermine our Constitution,” she says.
Lawmakers are now moving a separate bill in the Senate to give themselves a chance to weigh in on the Clean Power Plan. It’s sponsored by Sen. Donald White (R- Armstrong) who represents a area heavily affected by the recent bankruptcies and layoffs in the coal industry.
“These impending federal regulations will have a devastating impact on all energy-related jobs. It would be devastating to my region,” White said at a recent committee hearing. “All I’m asking for is an extension to allow [the industry] to attempt to comply, or overturn these EPA regs.”
The Wolf administration has called the effort an “unwarranted intrusion into executive authority.” The U.S. Supreme Court recently issued a temporary stay on the Clean Power Plan, however Pennsylvania has continued to work on it despite the legal limbo.