DEP plans more monitoring to clamp down on methane leaks 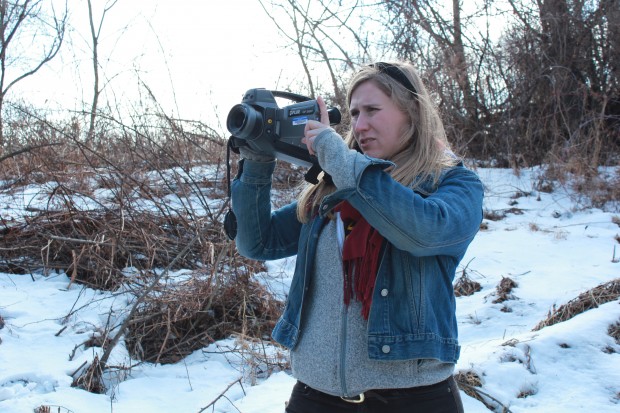 Pennsylvania Department on Environmental Protection has announced plans to crack down on methane emissions from the oil and gas industry in ways that exceed new EPA standards. Calling climate change the “greatest environmental issue of our time” DEP secretary John Quigley says Pennsylvania should act as a national leader in curbing fugitive leaks of the potent greenhouse gas from the shale gas production process, which begins at the wellhead and includes transportation and processing.
Although Pennsylvania’s carbon emissions have been reduced by burning natural gas instead of coal for electricity, the concern is that the gains at the power plant are getting outweighed by methane leaks during production. Pennsylvania would be the second state, after Colorado, to go after methane leaks.
“Here’s where Pennsylvania stands today,” said Secretary Quigley during a conference call with reporters on Wednesday, “more than 500 compressor stations, with hundreds more coming; almost 3,300 well pads most with multiple wells; thousands of miles of pipe and thousands more coming.”
Methane can escape at every stage of gas production, including at the wellhead, the pipeline delivery systems and compressor stations.
“While we may be in a lull in drilling right now due to a glut the industry has itself created,” Quigley said, “production is still very high, and transmission infrastructure is booming,…So it’s incredibly important to act now to minimize methane and VOC emissions from natural gas development.”
By plugging methane leaks, air pollutants like volatile organic compounds (VOC’s), which  cause immediate health impacts, will also get reduced.
Methane is a more potent greenhouse gas in the short term than carbon dioxide. It can trap heat in the atmosphere up to 84 times more effectively than CO2 over a 20-year period. The oil and gas industry is the country’s single largest source of methane emissions, according to the EPA. Recent studies have found that a relatively small number of “super-emitters” may be responsible for the majority of methane pollution from the oil and gas industry. Quigley says in Pennsylvania, just a one percent leak rate is equivalent to the carbon emissions of five large coal fired power plants.
The Environmental Protection Agency announced new methane rules for the oil and gas sector in September. But Quigley says Pennsylvania’s regulations will require more inspections, more leak detections and repairs.
He says some companies have already become industry leaders, and pointed to Southwestern Energy as an international model in methane leak reduction.
“If Southwestern can minimize its leakage and ensure responsible production, all companies can and they must be required to do so,” said Quigley.
He said the bulk of the producers would not reduce emissions without being forces to do so. But the initial announcement drew criticism from industry, accusing the DEP of regulatory overreach. 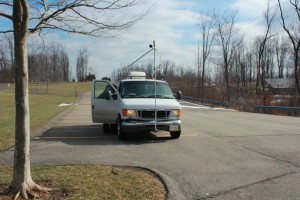 “Additional regulations on methane could discourage hydraulic fracturing and the shale energy revolution that has helped America lead the world in reducing emissions,” wrote Stephanie Wissman, executive director of the Pennsylvania chapter of the American Petroleum Institute, an industry advocacy organization.
Wissman, along with other industry representatives, say methane emissions from oil and gas production has dropped even as production has increased, citing statistics from the EPA. But Quigley disputes this.
“Frankly I don’t know where that claim comes from,” he said. “We have our own [methane] reporting requirements and the official record suggests 115,000 tons of methane are being emitted [annually]. That’s self-reported from industry. It’s very easy for a trade group to claim ‘we’re doing all the right things,’ it’s very difficult to prove it. …For the industry to blithely say ‘our emissions are going down,’ I’d like to say, prove that.”
Quigley says the 115,000 ton figure is an underestimate because the high number of leaks makes it difficult to measure all of them adequately.  He says the cost to industry for these changes will be more than made up by the fact that producers will be able to capture and sell more natural gas. He says the current figure results in an $8 million loss for industry each year.
Seneca Resources, one of the top ten shale gas producers in the state, says it does monitor its system with both infrared cameras and ultrasonic leak detection technology that meet OSHA standards. Spokesman Rob Boulware says it’s difficult to know what the costs will be at this point until the DEP releases more details on its required best practices. He says overall, the gas industry is singled out unfairly.
“If the goal is to protect Pennsylvania’s health, make decisions that protect Pennsylvania’s health,” said Boulware. “Don’t make decisions that target one industry and one industry only. The natural gas industry expects and deserves a fair playing field and to be subject to the same rules as other industries.”
And although Secretary Quigley says he has an open-door policy with industry, Boulware says that’s not been his experience.
“Seneca would encourage PaDEP to meet with and gather information from members of all industries that might contribute to methane emissions,” wrote Boulware in an email. “PaDEP should be acquainted with all relevant facts and issues regarding methane emissions to ensure that it drafts regulations that are fair, reasonable, and necessary and that can be consistently applied throughout the Commonwealth.”
The regulations will only apply to new unconventional, or shale gas drilling, facilities. Compressor stations, will also be subject to new regulations. The proposal will go to the Environmental Quality Board, which will hold hearings. Quigley estimates the measures will reduce industry’s methane emissions by 40 percent.