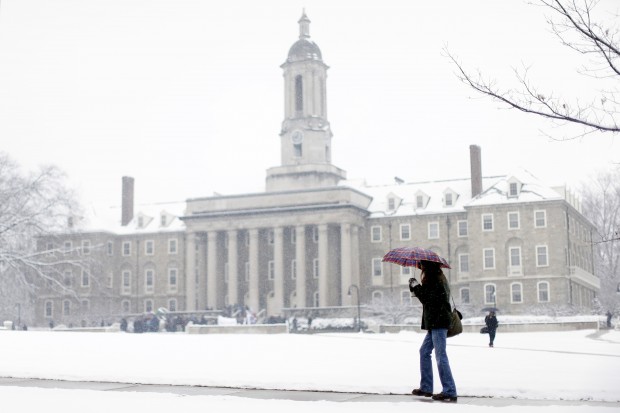 More than 7,000 people have signed a petition urging Penn State University leaders to do more to address climate change.

As world leaders meet in Paris this week to forge an agreement on combating climate change, faculty members at Penn State are urging the university to do more to address the issue.

Dozens of professors and staff have signed an online petition that has also attracted more than 7,000 signatures from people across the state, nation, and even internationally. The petition was delivered Wednesday to Penn State president Eric Barron, Provost Nicholas Jones, and Senior Vice President of Finance and Business, David Gray.

It asks them to “clearly and firmly address human-caused climate change,” through the following actions:

Peter Buckland is a fellow at the school’s Sustainability Institute. He co-authored the petition along with history and religious studies professor, Jonathan Brockopp.

Buckland gives the school credit for promoting environmental goals, but says its leaders should make a more vocal commitment to fighting climate change.

“There are things that can happen in procurement, food waste– a lot of things,” he says. “There are people working on it. We want to see the plan, and we want to know that it’s real and it’s backed up.”

Buckland says Penn State faces an inherent tension as an institution– with a great deal of money and research focused on both fossil fuel and renewable technologies.

“The College of Earth and Mineral Sciences and the College of Engineering where these big energy things are played out– in dollars, cents, research, and action– that’s a real issue.” he says. “I don’t pretend what we’re asking for is easy, given the power and history of fossil fuel at Penn State.”

Gray thanked the petitioners on behalf of the school’s leadership and said they would take a careful look at the requests.

“Penn State is embarking upon a strategic plan and fundraising effort for which energy security is a central focus,” he said in a statement. “With renewable energy and safe and clean energy as major pillars.”