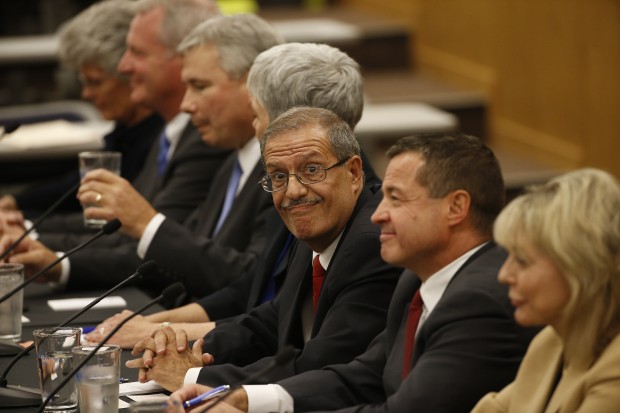 Three out of seven seats are up for grabs on Pennsylvania’s highest court, the largest number of open seats since colonial days. A record-setting $15.8 million has been spent on the state Supreme Court race, which indicates just how much is at stake here. Education funding, gun control, abortion, state redistricting (can you say Red or Blue?), and in our neck of the woods, the new court may also grapple with the Robinson Township decision, the controversial and wide ranging environmental ruling that struck down parts of the state’s oil and gas law, Act 13.

When the court rejected state preemption over local zoning control for oil and gas production almost two years ago, the judges did not all agree. Only three cited the state’s Environmental Rights Amendment as reason to overturn the law. The fourth justice, while agreeing to overturn the law, cited due process, not article 1, section 27, referred by many as the Environmental Rights Amendment. But two of those justices are gone, including the former Chief Justice Ron Castille, who actually wrote the opinion. And today, voters will be deciding who takes their place.

In addition to several unresolved issues related to that ruling scheduled to come before the new court, the justices may end up reviewing the key argument cited in the 2013 Robinson decision by  the plurality of three judges. What is the weight given to the literal interpretation of the Environmental Rights Amendment?

For a look at how those running for the Supreme Court view the Robinson decision, check out their answers to questions from the League of Women Voters.

Industry and government attorneys didn’t like the Robinson decision. They say the environmental rights amendment is too broad, and could stop good, necessary projects from getting built, or put too much power in the hands of the judiciary.  Paul Stockman is an attorney with McguireWoods.

“When [the environmental rights amendment] talks about environmental, natural, historical, aesthetic resources, frankly there is nothing that human beings do that does not have some arguable impact on those resources,” said Stockman.

Stockman says there’s always a balance judges have to use in deciding cases.

But environmentalists want a majority of justices support a robust interpretation of the amendment, giving environmental protection just as much constitutional weight as free speech. They say they’ve been hampered for decades when it comes to arguing for the environment because the courts have relied on a three-part test based on a precedent setting case known as Payne v. Kassab. In fact, the state Commonwealth Court has said it would continue to view that case when reviewing environmental cases.

Still, those who support strong environmental protection over development hope the Supreme Court will confirm the plurality ruling on Act 13, which would guide the lower courts on environmental decisions. John Dernbach is a Widener University law professor, who for years has advocated a literal interpretation of article 1, section 27. Dernbach says that under the three-part test established by Payne v. Kassab, “the government always won.”

The Supreme Court is also expected to hear arguments in a case over the leasing of state forest lands, where the appellant has used the environmental rights amendment as the thrust of his appeal. But that’s not a guarantee the new court will take the issue head on and attempt to clarify it’s earlier ruling. It may, or it may not.