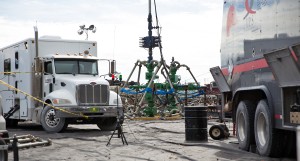 The Pennsylvania Supreme Court has agreed to hear arguments related to its December, 2013 decision regarding the state’s comprehensive update to its oil and gas law, known as Act 13. In an order published this week, the court determined that it would take up several unresolved issues, but it would not revisit its interpretation of article 1, section 27 of the state constitution, also known as the Environmental Rights Amendment.

In the 2013 landmark decision, a plurality of justices ruled that it would be unconstitutional for the state to preempt local zoning decisions, as outlined in the new oil and gas law approved by the legislature and signed by then Governor Tom Corbett back in February, 2012. Three justices, including Chief Justice Ron Castille, struck down the provision based on what was at the time, the state’s little known Environmental Rights Amendment, which guarantees ”clean air, pure water, and to the preservation of the natural, scenic, historic and esthetic values of the environment. ”

The decision was both surprising and controversial, celebrated by environmentalists, and derided by industry attorneys.

But local zoning wasn’t the only issue before the court. Environmentalists and municipalities had also challenged other aspects of Act 13, including what became known as the “doctor gag rule,” eminent domain for gas storage facilities, and the exclusion from notification of hazardous spills for owners and residents relying on private water sources. 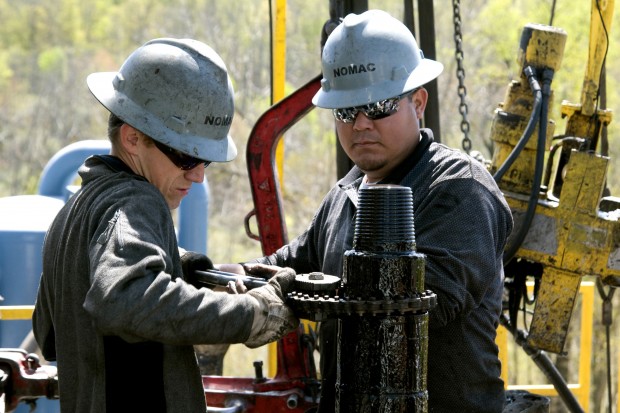 Workers at a natural gas site in Bradford County.

The Supreme Court sent these issues back to the Commonwealth Court, which ruled against the environmentalists and upheld those aspects of the new law. The plaintiffs in the original suit again appealed to the Supreme Court. And on Tuesday, the court issued an order that it would hear arguments once again on those three issues.

The Supreme Court also agreed to hear arguments related to an appeal by the Public Utility Commission regarding their role in denying impact fee payments to municipalities that enact local ordinances.

In July 2014, the Commonwealth Court ruled that given the Supreme Court’s decision to strike down the local zoning preemption in Act 13, it made no sense to have challenges to local oil and gas zoning ordinances bypass the traditional appeals process, and go directly to either the PUC or the Commonwealth Court. The July decision effectively removed the PUC from the new role created for the agency by Act 13.

But the law had also given the PUC and the Commonwealth Court power to withhold a municipality’s share of the Marcellus Shale impact fee if a local ordinance was found to be in violation of the law.

In August 2014, the Public Utility Commission appealed the Commonwealth Court decision. The agency also asked the Supreme Court to reject its interpretation of the Environmental Rights Amendment. But in Tuesday’s order, the Supreme Court did not agree to revisit that decision.