Pennsylvania’s environmental regulators say they need extensive public input before putting together a plan to reduce carbon emissions. The call for comments comes on the heels of the recent federal mandate that states reduce climate-warming carbon dioxide from power plants.

Last month, the EPA announced standards to reduce carbon dioxide emissions from the power sector by 32 percent from 2005 levels by 2030. Under the plan, each state gets a target reduction level.

For Pennsylvania, that was a 33 percent reduction in CO2 emissions from 2012 levels by 2030. Though it set targets for reducing emissions, the EPA has left it up to the states to figure out how to reach those goals. In general, the three main avenues to emission reductions include improving the efficiency of coal-fired plants, converting coal plants to natural gas, and increasing use of renewables. But the state can also use other options, including energy efficiency.

Much is at stake for Pennsylvania, including the role of coal and natural gas in generating electricity. The state will also have to analyze the impact on electricity prices. EPA has laid out guidelines, but the Wolf administration has lots of policy decisions to make regarding the plan it must submit to the federal government by September 2016.

“It’s important to note that we’re starting with a blank page here,” said DEP Secretary John Quigley on a call with reporters. “We want to hear from all stakeholders about what the best path is for Pennsylvania.”

In an effort to draw in as much public and stakeholder comment as possible, Quigley said the DEP is “open to everything and attached to nothing.”

Rate vs. Mass, Credits vs. Allowances

Perhaps one of the more complicated, and important issues that DEP needs to grapple with is whether or not the state will measure emissions targets based on rate or mass.

Rate refers to pounds of CO2 emitted per megawatt hour, while mass is measured as the total amount of carbon dioxide emissions by the states’ combined power plants in one year. The EPA calculated that Pennsylvania generated 1,642 pounds of CO2 for each megawatt hour of electricity generated during the base year of 2012. The mass equivalent was 117 million tons.

The plan devised by DEP would have to result in a 33 percent reduction of those numbers by 2030.

If the DEP chooses a rate-based program, power plants that keep emissions below their target, could generate credits. Those credits could then be sold to other power plants that emit more than the permitted carbon dioxide. For example, a plant that relies on renewable energy could potentially sell their credits to a plant that relies on fossil fuels.

This system would require the state to measure and verify emissions at each plant.

If the state chooses to go with the mass-based approach, it would need a system of allocation among the different power plants. The allowance would be based on tons of carbon dioxide. So the number of allowances would not be self-generated like the credits, but instead would be set by DEP. If each ton of carbon dioxide is equal to one allowance, then plants could sell or buy allowances depending on the emissions generated from their fuel sources. 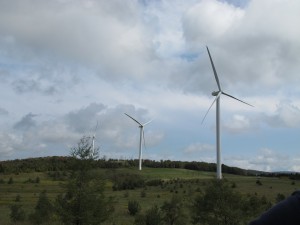 Another decision for the DEP is whether or not to allow for trading of credits and allowances. And there would be a number of options available including trading among power plants in-state. But the state could also enter into multi-state agreements, or trade without formal agreements.

The state could also decide to join the northeast Regional Greenhouse Gas Initiative (RGGI). RGGI is an agreement among Connecticut, Delaware, Maine, Maryland, Massachusetts, New Hampshire, New York, Rhode Island, and Vermont to cut greenhouse gas emissions using a market-based trading approach. DEP says they’re already in active discussions with states within the PJM Interconnect system. PJM is a regional transmission organization (RTO) that manages movement of wholesale electricity among 13 states and the District of Columbia. It’s an independent organization whose primary goal is to maintain reliability of the electrical grid.

The Role of Natural Gas

This may be one issue that generates a lot of debate among stakeholders and the public. Natural gas at the power plant level emits less CO2 than coal. But controversy exists as to the climate benefits of the entire life cycle of natural gas. The Clean Power Plan does not address methane emissions. But some have argued that methane leaks from natural gas production could negate the benefits of less CO2 at the power plant. The EPA recently proposed new rules to cut those methane leaks, and some natural gas producers have already taken steps to reduce emissions.

And although natural gas emits less carbon dioxide than coal, it still emits carbon dioxide. Those emissions will have to be measured under the Clean Power Plan. If the state chooses to measure targets using mass, and new natural gas plants would be included in reaching the target, the EPA would issue a “very slight increase” in emissions goals, according to the DEP. 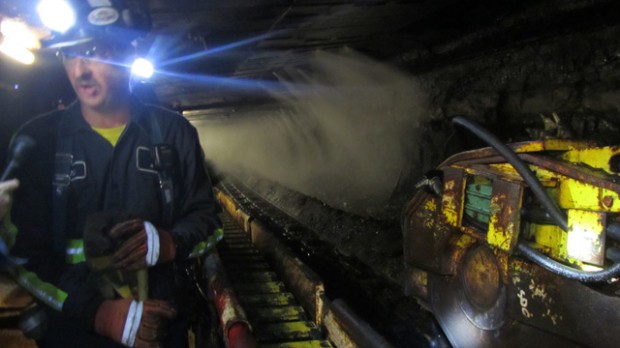 The Role of Coal

Governor Wolf continues to say that coal will have a role in electricity generation in Pennsylvania. But it’s hard to see how large a role it can continue to have while meeting emission reductions. Coal continues to produce more electricity in the state than natural gas, but natural gas generation is growing. Pennsylvania is the 4th largest coal producer in the country, which means that a good number of residents still depend on coal mining for their livelihoods.

DEP Secretary Quigley said the state wants to hear from the industry itself, as well as electricity generators that rely on coal about how to include it in the mix.

“One option is for coal units to run less,” said Quigley.

Carbon capture and sequestration is an option. But only two experimental CCS operations exist currently in the U.S., and it’s currently an expensive process. 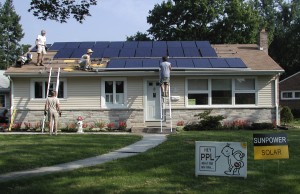 Solar panels getting installed on the home of Tami and Randy Wilson, Harrisburg, Pa.

Again, Secretary Quigley says he wants to hear from the renewable energy industry and the public. And he says he wants data. Hydroelectric, solar and wind still make up only a small portion of Pennsylvania’s electricity generation.

In the final draft, the EPA did include a clean energy incentive program for low income communities, which would grant double credits or allowances to providers that generate power for those areas.

One thing the EPA took out of the final draft of the Clean Power Plan was the use of energy efficiency as a building block. But that doesn’t mean the state couldn’t incorporate efficiency goals into the plan.

The EPA changed its position on nuclear in the final draft of the Clean Power Plan. It had originally said states could count existing nuclear plants toward carbon reductions. But now nuclear plants, like Three Mile Island, will not be included. Although nuclear does not generate carbon emissions, the EPA says including existing nuclear plants would not help reduce current carbon emissions. And states will not be allowed to extend the licenses of current plants as a way to comply with emission targets.

The EPA has required states to reach out to low-income or vulnerable communities regarding the impacts of climate change and the effects of the Clean Power Plan. Secretary Quigley says this is also a priority for him.

“We have to take into account the needs of these communities,” he said. “It’s simply the right thing to do.”

Quigley says vulnerable populations like the elderly and the poor will be at greater risk for heat-related illness and death. And any rising costs associated with lowering emissions would be more difficult for low income residents.

“Clearly the economics, how the Clean Power Plan influences consumer prices and affects especially low income individuals is something we have to take into account,” he said.

Quigley says the DEP will be taking public comment at 14 meetings across the state. The agency says it has scheduled 8 of the 14 listening sessions in areas where 20 percent or more of the population lives in poverty.

Comments can also be filed online, through email and through regular mail. The state will have to present a plan to the EPA by September 2016.