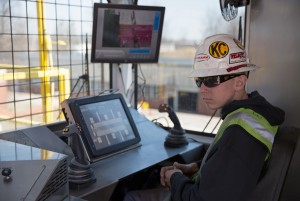 For the first time since the shale gas revolution began, natural gas production from shale formations in the U.S. will decline next month, according to the Energy Information Administration.

The Utica Shale in Ohio is the only major shale region expected to see an increase in natural gas production.

The reason for the overall dip is a decline in drilling rigs in gas-rich areas like the Marcellus Shale.

The amount of oil and gas produced from a single well decreases each year.

Gas production in the Marcellus Shale in Pennsylvania has been dipping since June, and is expected to drop by 60 million cubic feet per day in September, or about .4 percent of the total amount of gas produced by the Marcellus, the country’s top source for natural gas.

With low prices for natural gas, drillers have been cutting down on the number of rigs they’ve deployed throughout the country’s shale regions. From topping out at around $12 per thousand cubic feet in 2008 nationwide, natural gas is hovering around $3 this summer.

There are around 70 rigs operating in the Marcellus region, according to the report, down from a peak of more than 140 in early 2012.