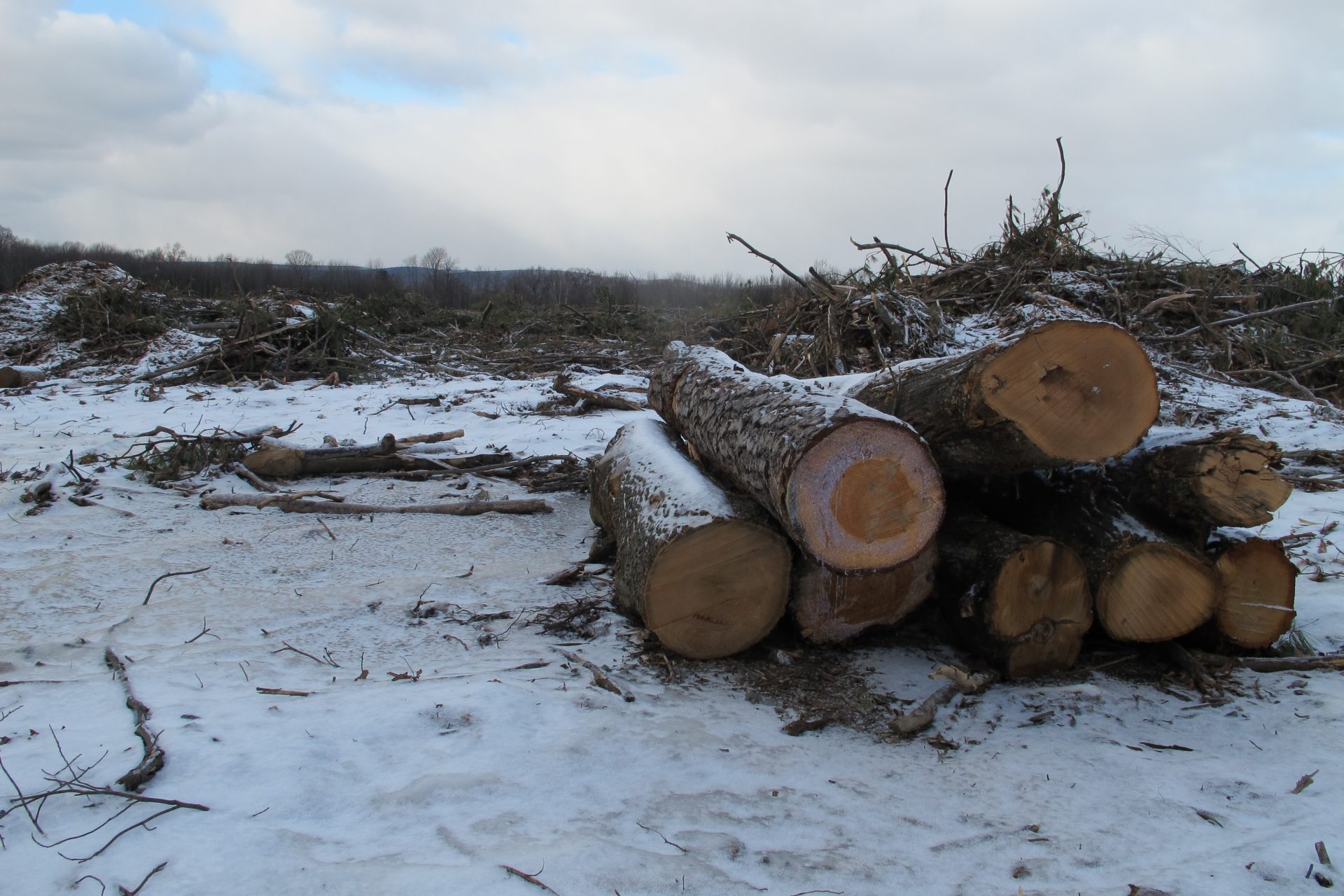 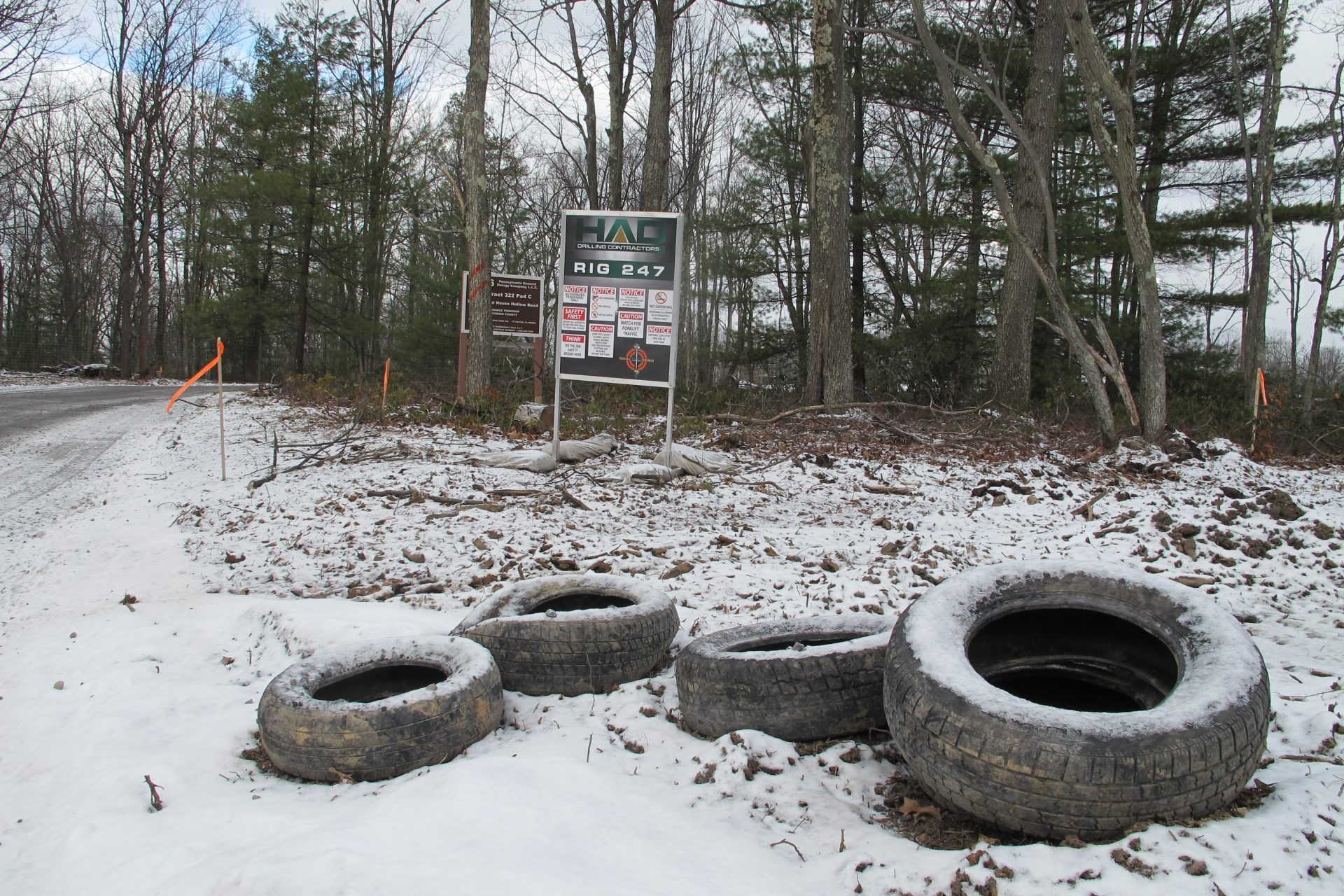 Discarded tires next to a natural gas well pad in the Tiadaghton State Forest. 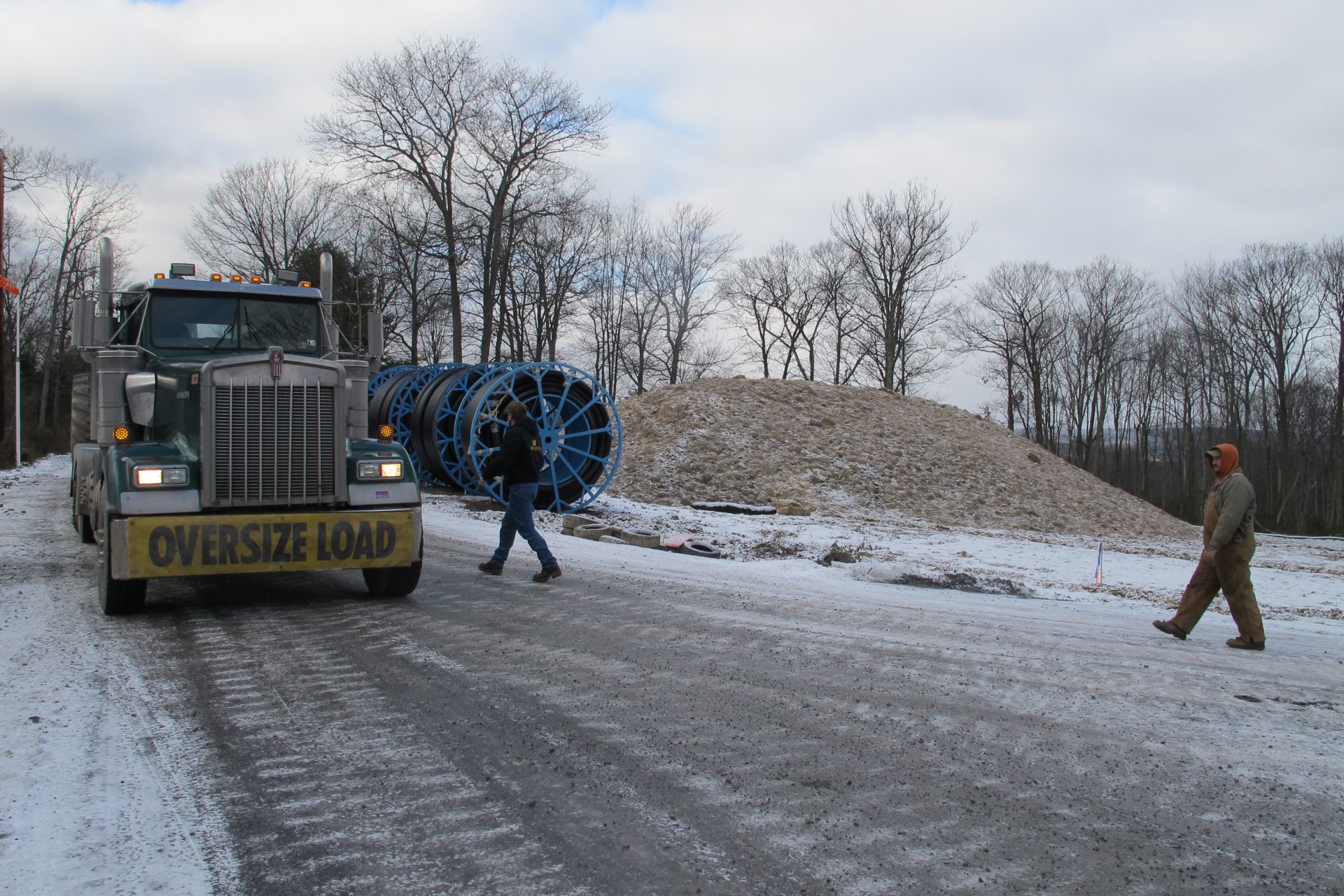 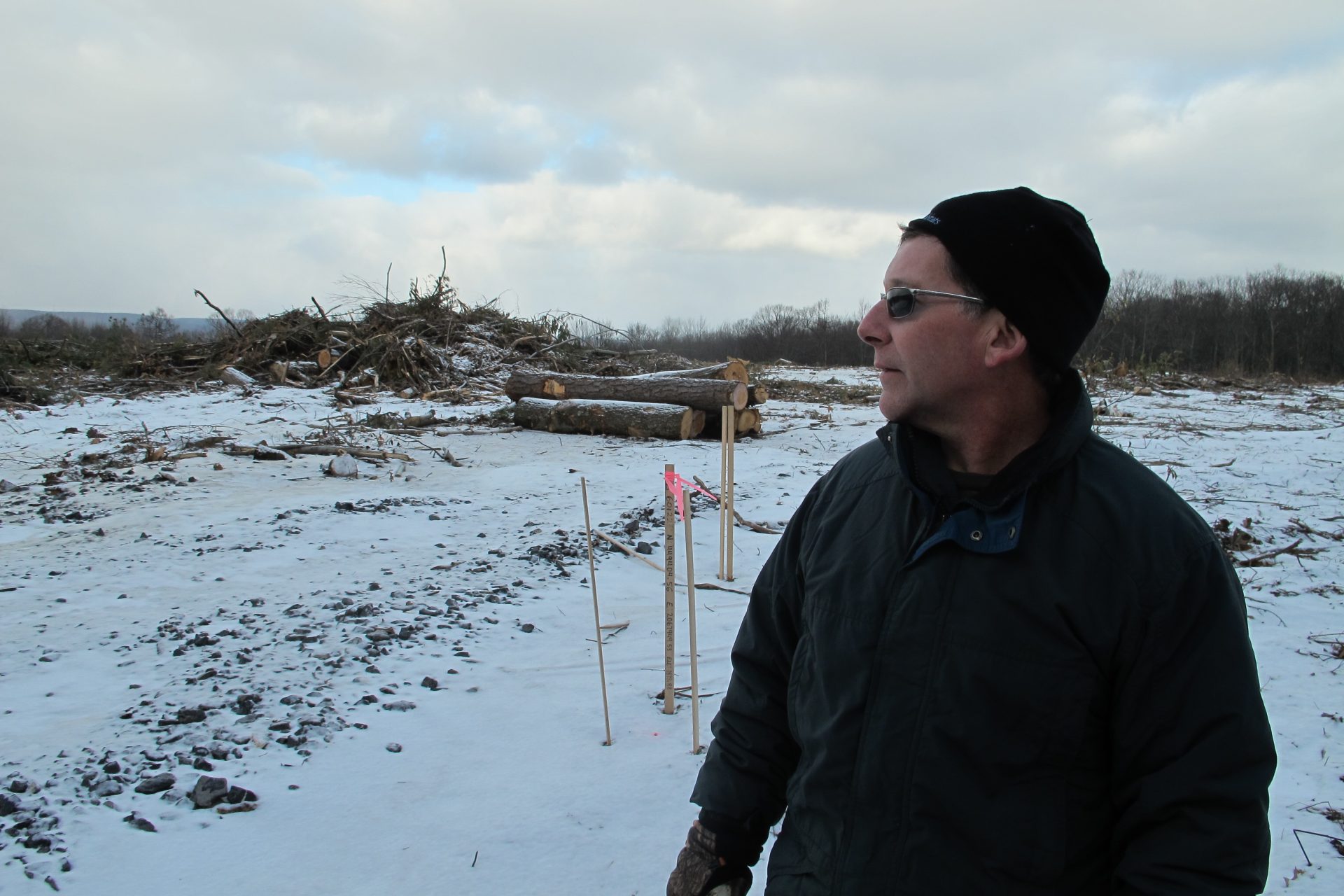 Kevin Heatley, an ecologist who lives in Lycoming County, says he used to enjoy hiking in state forests, but is now disturbed by the gas industry development.


Pennsylvania is no stranger to extractive industries–like coal and timber. By the early twentieth century its forests were decimated. Today they’ve grown back and trees are harvested in a sustainable manner.
But scientists say the state’s surge in natural gas development is having new kinds of dramatic effects on its forests.

“Industrial infrastructure”
Kevin Heatley lives in Lycoming County and has spent years hiking in the Tiadaghton State Forest . He’s an ecologist by trade. As he stands next to a freshly cleared patch of forest, he’s disturbed by what he sees.
“Everything from the noise and the traffic to the lighting, to the pad placements, to the pipeline construction to the road expansion,” he says. “This is all industrial infrastructure. It’s inherently incompatible with sustainable forest management.”
It’s called forest fragmentation. It’s what happens when human development crisscrosses the landscape, carving up large swaths of contiguous forest into smaller pieces.
The U.S. Geological Survey has found most of the disturbance from Lycoming County’s gas drilling is happening in sensitive ecosystems known as core forests.
These areas are very different from edge habitat– that’s forest next to something else, like a grassy field, or a suburban home.
Big tracts of core forests are less common, and they’re home to species that don’t do well near people.
Margaret Brittingham is a professor of Wildlife Resources at Penn State University who’s also studied forest fragmentation.  She says when core forest is lost, so are the host of important services its plant and animal species provide.
“Insect control, climate control, water purification, you can go on and on,” she says. “Recreation, aesthetics.”
Pennsylvania currently has 2.2 million acres of public forest land. About 700,000 acres are available for oil and gas development.
Seneca Resources is one of the largest and most active drillers in state forests. Spokesman Rob Boulware says the company works to minimize forest fragmentation. For example, it tries to use existing roads instead of building new ones.
He points out other industries cut down plenty of trees too.
“If [forest fragmentation] is a concern, and there are people who will debate and evaluate this—it’s a concern for all activity that we are engaged in as humans,” says Boulware. “Not just the activity that’s being engaged in through the oil and gas industry.”
Endangered species bill stirs controversy
The state’s gas industry is pushing a new measure that may lead to more forest fragmentation. Drillers are backing a bill that would limit the authority of state agencies to designate endangered species.
Boulware argues it’s a matter of consistency for businesses. For example, he says companies are sometimes required to conduct expensive and time consuming wildlife surveys before they begin drilling.
“These are little things that companies are looking for that would be companies are looking for that would be cost-savings for each individual, and that’s what you don’t have with the current system.”
State Rep. Jeff Pyle (R- Armstrong) is sponsoring the House version of the bill. He says the agencies involved in endangered species designations– like the Game Commission– shouldn’t hinder economic development.
“The problem we have is our missions are conflicting,” he says. “Their mission is to protect the game species of Pennsylvania. As a legislator, part of my mission is to make sure my people don’t see widespread unemployment.”
As the pace of Pennsylvania’s gas production continues to surge, energy markets will dictate how much development occurs. Scientists say the key question is how much disturbance forests can withstand.
State developing forest monitoring report
The state Department of Conservation and Natural Resources (DCNR), which is charged with overseeing public forest land, has spent four years and about eight million dollars on a monitoring program to examine how gas drilling is affecting the forests.
Although the program was launched in 2010, the agency has not released any details about its monitoring efforts and recently denied a Right To Know Law request by StateImpact Pennsylvania to obtain more information.
DCNR spokeswoman Chris Novak says the department expects to release an initial report in the next few months with subsequent reports coming out every couple of years.
“This is a long-term effort. It took some time to hire staff and establish protocols,” she says. “We don’t have a specific [release] date at this point.”

Lawmaker calls for hearing to address rail safety in Pa.