Spinning Gas into Marble: One Pittston Company is Cashing in on the Gas Rush | StateImpact Pennsylvania Skip Navigation

Spinning Gas into Marble: One Pittston Company is Cashing in on the Gas Rush 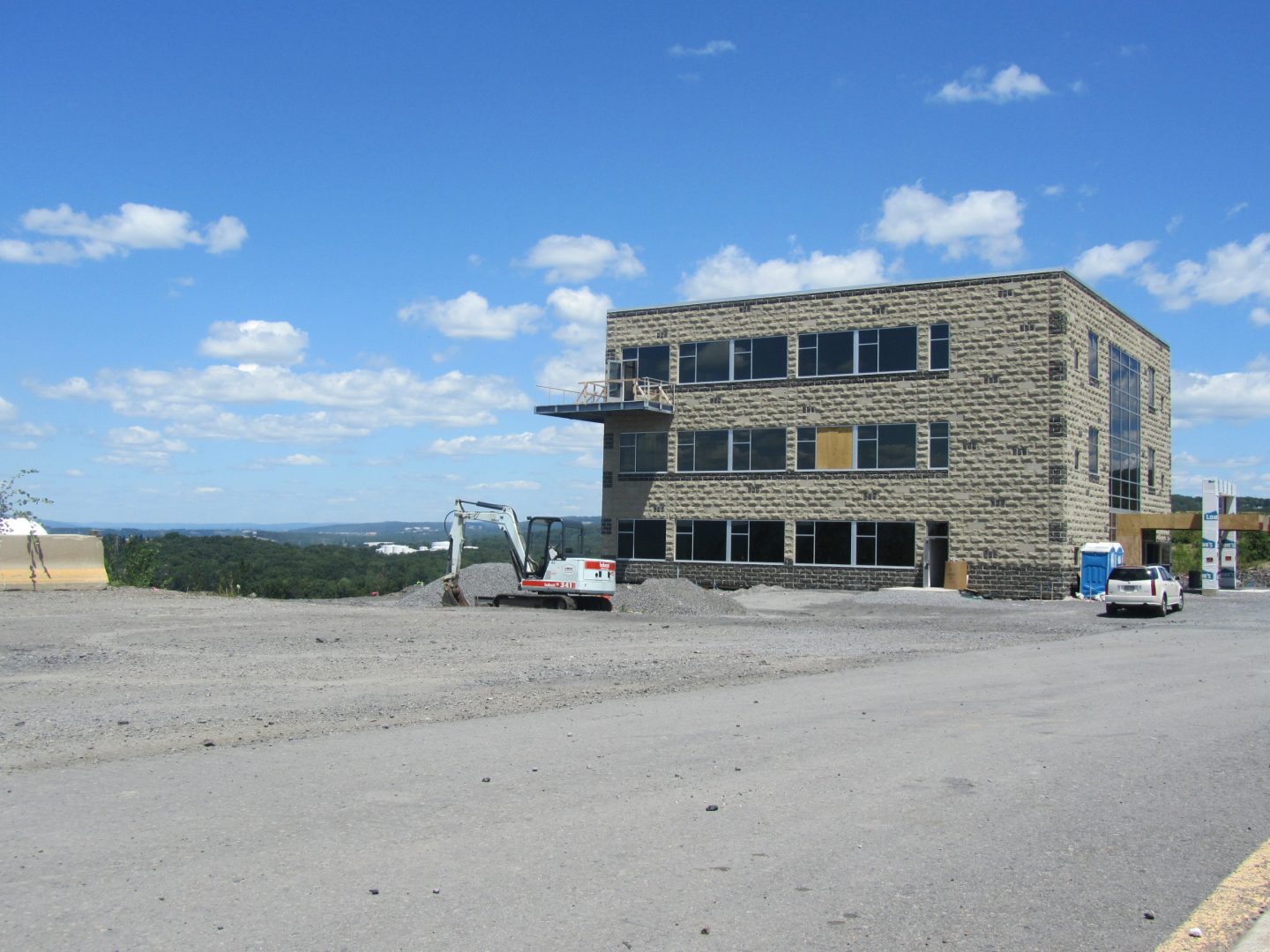 You’ve probably heard about job loss and budget cuts. So what kind of company can be building it’s headquarters with backlit marble-paneled walls from Turkey, Zebra tiled marble from Brazil with onyx trim, skylights, large windows looking out onto the Endless Mountains, an atrium with glass flooring, and marble window sills? And what kind of company is doing all of this, not in Pittsburgh, not in Philly, but, in an industrial park in Pittston? A company that lays pipe — for Pennsylvania’s natural gas rush.

The History of Linde Corporation

About 40 years ago, Scott Linde started his small company, Linde Corporation, in Honesdale, P-A, laying pipe. Linde got his first boost in 1972, when Hurricane Agnes hit northeastern Pennsylvania, destroying much of the area’s infrastructure. Then came the Clean Water Act. That meant more pipelines were needed to comply with new federal regulations on water quality. When the big box distribution warehouses like Home Depot moved in near Wilkes Barre, along routes 80, 81 and the Northeast Extension, they needed plumbing. Once again, Linde was at the right place, at the right time. Then, in 2007, just before the recession hit, Linde says he got a tip. Pay attention to something called the Marcellus Shale.

“Actually, one of the main reasons we got involved this early, within six months, is that two of my partners and good friends, we go fishing, and they live up there, and they said Scott, there’s something happening up there.”

These days, the towering Linde has actually doubled his business. Just last year, he says, his company laid 50 miles of pipes for the gas industry. Some pipes take the gas from the well to a major transmission line. Other pipe carry the hundreds of thousands of gallons of water needed to drill a well and extract the gas.

The winters used to be a quiet time for Linde’s company, as government contracts dried up. No more. Now he’s so busy he’s had to double his workforce from 125 people to about 300.
His new warehouse, which sits next door to his new headquarters in Pittston, has heated floors to protect both the workers and the equipment during the winter months. Linde loves big machines, and is especially proud of his equipment.
“These are excavators, they’re the heart of the pipeline business. These weigh about 35 metric tons, which are the biggest you can move without taking them apart. We have 18 now, we only had four last year.”
Linde buys these $300,000 dollar ditch-digging machines cheap on the internet from other areas of the country where the housing market has crashed.
Linde says he expects the Marcellus Shale gas rush to continue to grow for the next ten years, and then last another twenty.
“It’s big. We’re in the plumbing business with big tools and we have bet everything that it’s going to be busy.”

But this frantic growth has environmentalists and some residents worried about the public health and ecological impacts of natural gas drilling. Linde thinks proper regulation can minimize the damage. And he says the gas industry can afford to provide clean water to those residents who now have contaminated wells. After all, he say’s he’s gone 150 percent over budget on some projects, and the drillers didn’t blink an eye.