McLoud High School student Vania Farmer. Farmer is working on her pre-calc test at McLoud's Friday focus, a day where there isn't school but still plenty of students.

Friday is a school day, right?

Not so in McLoud, a town of about 4,000 in northwest Pottawatomie County. This small district operates on a four day school week for most of the year.

Vania Farmer is a junior at McLoud High School. And she hardly knows school any other way. The district adopted the practice when she was in eighth grade. So when she talks to a student from another school or drives by another packed school while running Friday errands, she said it feels a little weird.

“I can’t believe they have school on Friday,” she said. “Like that sucks for them. That’s so sad.”

The vast majority of Oklahoma schools and students are on a five day schedule. But for just shy of 100 rural school districts across the state, four day weeks have become a staple in the community. 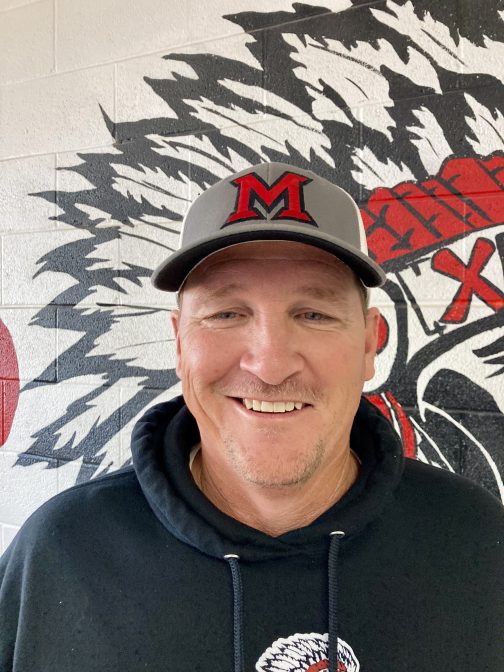 But maybe even more important than that is the teachers. About three-quarters of the district’s teachers are commuting from somewhere else – a few even as far as 45 minutes away. They love that four day school week, too.

“The reality is that if you have a good teacher and they have the option of working in a five day week or four day week, I mean, most of the time they’re going to take the four day week,” he said.

In Oklahoma, four day weeks were borne out of a desire to improve finances. Theoretical savings from being closed for a day were never all that significant. But they’ve become incredibly popular as almost 100 districts have adopted the practice over the last decade.

Oklahoma lawmakers have made moves for years to try to limit the practice. But across rural communities, educators, students and parents are fighting to keep them alive. 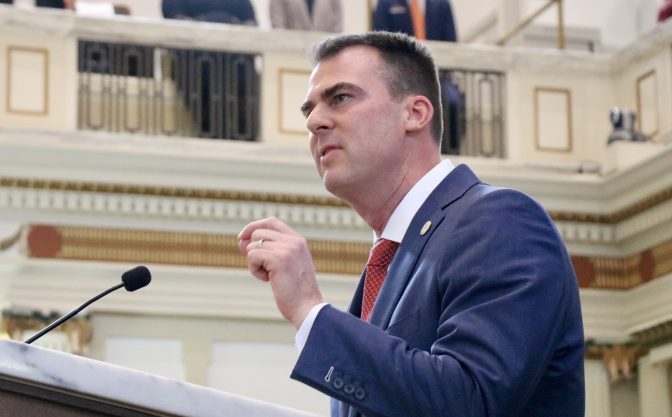 Gov. Kevin Stitt has campaigned on saying that limiting four day school weeks was one of the great successes of his first term.

“You know, we’ve gone from budget deficits to a record savings account,” he said during his opening statement of a debate earlier this month. “From four day school weeks and teacher walkouts to now the largest investment in education and teachers in the history of our state.”

The practice was limited by Senate Bill 441, a 2019 measure that upped the number of days schools must be in session each year to 165. It had been reduced because of the number of schools that were struggling to go enough days after closing for ice storms in years past.

At the time, GOP party leaders said the four day weeks were hurting the state’s reputation and keeping businesses out.

But now, rural Republicans are starting to question that.

“There are more than 1,600 [four day] schools across 24 states,” Rep. Danny Sterling, R-Tecumseh, said during an interim study this month. “And schools aren’t the only ones taking notice of this. The four day school week is growing in popularity, not just among rural schools. This is something that also many corporations are considering experimenting with.”

Sterling’s interim study looked at waivers to shorten school calendars. The waivers for eligible schools were all denied by Oklahoma’s State Board of Education earlier this year.

As the COVID-19 pandemic raged during 2020 and 2021, the state gave blanket waivers as hundreds of schools were forced to close because of illness and substitute teacher shortages.

And four day weeks are continuing. As districts set up for a new school year in March, they set up calendars to sprinkle in fifth days of the week to get up to 165.

At the time superintendent Derek Meador of Jennings Public Schools said it was a no brainer.

“It’s popular in the community, and the teachers love it, and you keep good teachers in place,” he said.

There is an emerging body of academic research on four day school weeks that simply wasn’t as robust in 2019 as Oklahoma wrote its law limiting the practice. And there are positives and negatives.

One person who has spent a lot of time on the subject is Emily Morton, a researcher at NWEA, a nonprofit assessment company.

She recently published a massive working paper on the topic along with a number of collaborators.

But, Morton said, the devil is in the details.

Because when Oklahoma schools are singled out, there appears to be little detrimental effect from four day weeks and some positives like a reduction in bullying.

While addressing legislators, Morton said it’s not entirely clear why four day weeks seem to be working well in Oklahoma. It could have to do with extracurricular activities that are concentrated on off day Fridays or Mondays around the state. Or, she said, it could be because of that teacher attraction element mentioned by McLoud district leaders. Morton says the best teachers in rural Oklahoma could be drawn to the four day districts.

A lot of what Morton said is backed up by a 2021 Rand Corporation study of four day school weeks.

The district has added one Friday a month to their calendar to get in compliance with the law. Farmer said so far at least, it really hasn’t changed all that much. There are far more Fridays with no school, and on those days, you can still find her in a classroom.

“I still do school on Friday, you know what I mean?” she said. “I have the freedom to do my work when I want to and like, plan my schedule the way I want to on Fridays. It’s not like [the] bell schedule on Fridays.”

That’s how it is for a lot of kids. Jennings said it’s just going to adapt to the number of days or hours they’re supposed to be in school. Many rural Oklahoma schools agree. And no matter what’s required, they’re going to make every effort to keep four day school weeks alive.