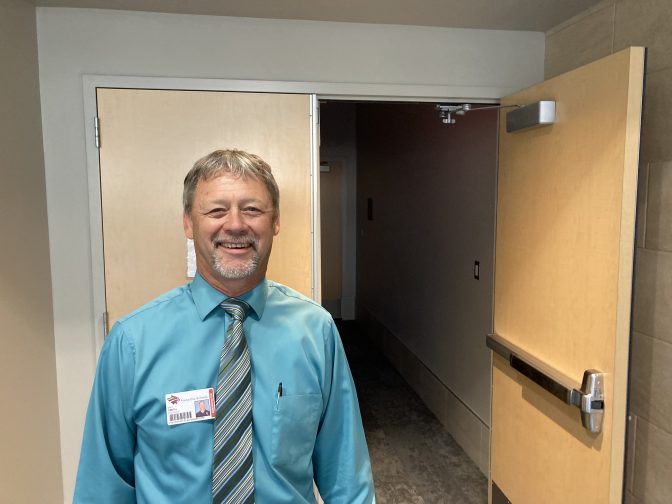 Ponca City High School has gone through dozens of renovations and changes over the years.

Bret Smith has been there for many of them. Smith recently retired as executive director of facilities after a decades long career.

But before he left, he oversaw the plans for a new massive project that leveraged almost $10 million in federal relief funds to improve the infrastructure at Ponca City High School.

“It’s expensive stuff,” he said. “It’s not something the public sees, it’s all internal, it’s on the roof, you know, so it’s not real sexy, but it’s very, very necessary.”

Federal relief money for the coronavirus has injected more than $1 billion dollars into Oklahoma’s public schools. In many places, like Ponca City, it’s giving schools a chance to catch up on much needed infrastructure improvements.

Between the CARES Act and American Rescue Plan, more than $1.4 billion dollars went to Oklahoma schools earlier this year. And that’s needed big time in some school buildings that are really lacking.

“We’re not in dire straits like some school districts are — that may not even have air conditioning period, but we need to get caught back up again,” he said.

Public funding for schools can be like riding a roller coaster. So, Ponca City was going to take full advantage of whatever came in. Superintendent Shelly Arrott says the CARES Act offers an historic opportunity.

“We’re in a unique position that we can do some one time generational projects for kids that not only our kids but their grandkids can utilize,” Arrott said. “I mean, it’s like WPA Money in the Great Depression.”

That means making a slew of upgrades to the school. The district will be making much needed updates to those HVAC systems that visitors don’t see, new windows and floors will all be funded by the federal relief money because state and local tax money in what’s commonly called the district’s building fund is inadequate.

In Ponca City, the school district took the $10 million it spent in federal funds that’s being used to make infrastructure repairs to build support for an almost $50 million bond issue to make more exciting and visible improvements to district facilities. Local chamber of commerce president Rich Cantillion was one of the biggest advocates for the bond measure, and he wasn’t surprised that more than 80 percent of voters in Ponca City approved it.

Cantillion said Ponca City voters have a lot of pride in their schools and the district draws families to live in the area. But the leveraging of the CARES Act funds was incredibly important.

“That was a big selling point,” he said. “Because… our whole talk when we would go out and talk about voting ‘yes’, was we have a golden opportunity right now with our CARES money and what we can do.”

The district will use the bond money to fund major renovations to sports facilities, it’s massive performance hall and build a new STEM lab in the school. Smith, the former executive director of facilities said the federal relief money also reduced the burden on taxpayers.

Superintendent Arrott said that was important in the appeal to voters, and those types of projects wouldn’t have been possible without first taking care of important infrastructure needs across the district made possible by federal COVID relief money.

“Do I like how we received it? No,” she said. “I wish we hadn’t gone into a global pandemic, but our kids suffered. So this is a way to help them recover. And it’s not going to be an overnight recovery.”