Oklahoma educators are at frontlines of remembering Tulsa Race Massacre 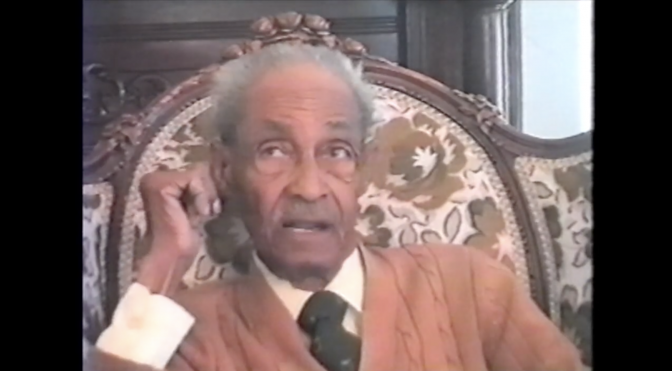 A screengrab of George Monroe from the oral history collected by the the Tulsa Race Riot Commission.

George Monroe recalled bits and pieces of the Tulsa Race Massacre up until the end of his life.

The images never could escape his memory.

“I remember seeing people getting shot,” he said In a 1999 oral history.

In that oral history, collected by the Tulsa Race Riot Commission for their 2001 report, Monroe vividly recalls his mother telling her four children to hide under a bed as a group of white men approached their home.

“My sister grabbed me and pulled me under there,” he said. “And while I was under the bed, one of the guys come in past me and stepped on my finger. And as I was about to scream, my sister put her hand over my mouth so I couldn’t be heard.”

Monroe, who died in 2001, was a survivor of one of the most tragic race-based massacres in American history. Officially, 37 Black people were killed and but contemporary estimates range to as many as 300 dead. Additoinally, 35 blocks of property belonging to Black people were destroyed in the tragedy that was sparked by an unproven accusation from an elevator operator that she was assaulted by a Black man.

Monroe was only 5 years old during the massacre. And for much of his life, its story was unheard by many Oklahomans.

Oklahoma educators are trying to amplify stories like his so the Tulsa Race Massacre isn’t forgotten. And now, 100 years after the fact, educators are taking the time to make sure they’re getting the lessons people need to take from the massacre across.

“There has to be a lot of thought into presenting this material and a lot of care taken with it,” Tulsa area teacher Crystal Patrick said. 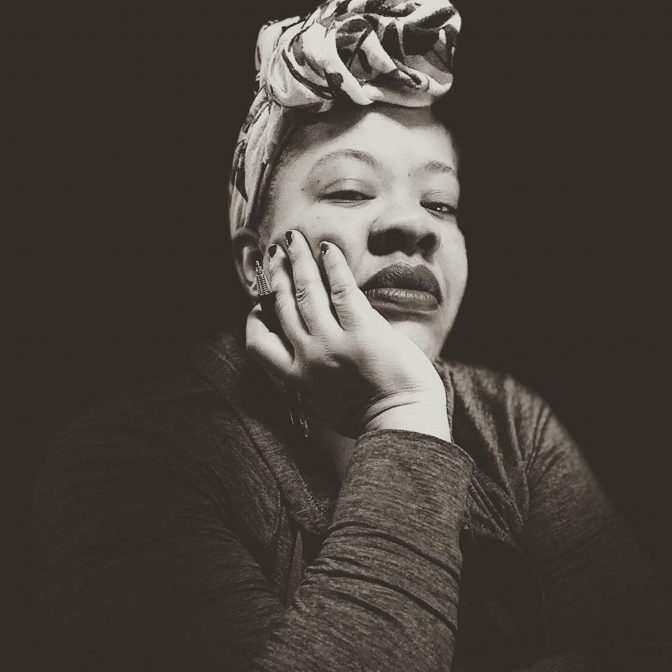 Tulsa area teacher Crystal Patrick has helped design a curriculum with the Tri City Collective aimed at providing students with context of the Tulsa Race Massacre.

In the last couple decades, there has been a mountain of work looking back at the massacre. People can find it in places like the report from the Tulsa Race Riot Commission, journalistic work from outlets like the Tulsa World and depictions in popular culture like in the HBO series Watchmen.

State leaders, though, have slowly shifted focus on the classroom.

Hofmeister attended middle and high school in Tulsa. And she had never even heard about the massacre until she was an adult.

That ignorance of the event is unacceptable for students coming up today, Hofmeister said.

“We believe that we do need to be very much a part of embracing and understanding and recognizing the horror of the past of the city of Tulsa, of our state’s history,” Hofmeister said.

It’s common — especially for white Oklahomans — for adult Oklahomans to have never heard of the massacre.

But Patrick, who is Black, said even though she grew up in Tulsa and came through Tulsa Public Schools, she hadn’t heard of the race massacre until she was in college in the late 1990s.

Learning the story further drew her into teaching social studies and history. But, she said, for much of her career, resources have been lacking.

“Honestly, right now the curriculum, it’s really, it’s up to the teachers to teach it,” Patrick said. 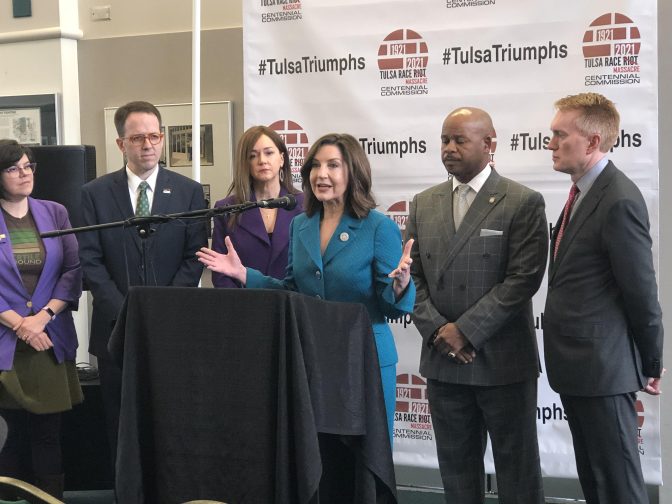 Curricula on the massacre

Improvements have been gradual, the state’s frameworks have grown over the years and there’s more and more added in different grades about the history of the Greenwood district where the massacre happened. The antiquated term the “Tulsa Race Riot” has also largely been replaced.

Curriculum builders want to give teachers the tools they need to actually teach about the massacre. A leader in translating the massacre and its effects to Oklahoma classrooms has been Tulsa Public Schools.

“We have taken that what they have been doing for a number of years and then have looked at how can we do this at the state level,” Hofmeister said.

But one of the most significant changes has come in the form of professional development focused on teaching the massacre.

This summer, the district hosted a multi-day workshop via Zoom for social studies teachers. It was attended by educators from across Oklahoma and the country.

Tulsa’s role in educating about the tragedy is a point of pride for the district, said Danielle Neves, Tulsa Public Schools’ deputy chief of academics

The main way it’s been accomplished is through a more modern approach to teaching, said Amanda Solivan, the social studies content manager for the district.

“Social studies curriculum has really changed from a ‘we’re going to stand and tell you the facts’ to ‘we want you to review the resources and come up with a response based on the primary sources and the secondary sources that we have,’” Solivan said.

Neves said conversations need to be sparked about connecting the past to the present to move society forward.

“There’s an active responsibility we have to contribute to that healing, to that reconciliation and to creating a different future that really values, includes and elevates all of the members of our community,” Neves said.

There are a pair of curricula that are starting to be more widely used: one put together by the state’s history center and another by the John Hope Franklin Center.

And the Tulsa educators said those are a good starting place.

But Neves said there’s been an absence of the positives of the Greenwood district before the massacre in how the tragedy is taught.

That’s where a curriculum like the one Patrick and the social justice and education organization Tri-City Collective put together comes in.

Patrick teaches students in varying grade levels and in different districts in short-term sessions about the Tulsa Race Massacre. But she said she likes to put an emphasis on what Black Wall Street and the Greenwood District represented.

The area was a thriving district and it’s important kids today understand what successes came for Black people amid adversity at the beginning of the 20th century, Patrick said.

“For black children and for kids of color, it really flies in the face of this narrative that defines us as a culture, as a people, you know, that we’re lazy or poor or unmotivated,” Patrick said. “[Black Wall Street] is a clear picture of what we as people are capable of.”

The Tulsa Race Massacre was a collective trauma for Black Tulsans on a dizzying scale.

The COVID-19 pandemic, which has left more than 3,600 Oklahomans dead and many more sick, has had a similar effect.

And as students and their families face down the trauma of the pandemic on their communities, there’s a lesson to be learned from Tulsa: Sweeping tragedy under the rug is unproductive. Avoiding difficult conversations about the pandemic related to trauma can’t happen, Hofmeister said.

“Kids need to talk about what they’ve experienced,” she said.

And that can be through current events or through history, Patrick said. The massacre and resiliency of people is so important for students to grasp, she said.

“It’s not just black history,” Patrick said. “It’s Oklahoma history. It’s American history. And so by teaching these kids that this is a part of your story, too, I really feel like it makes an impact.”