Masks like these sewed by Edmond eighth grader Abby Pike will not be required in the state's schools after a motion to do so failed at Thursday's Oklahoma State Board of Education meeting.

Oklahoma State Board of Education punts on mask mandate for schools

By 4-3 vote, members say they prefer masking be a local decision 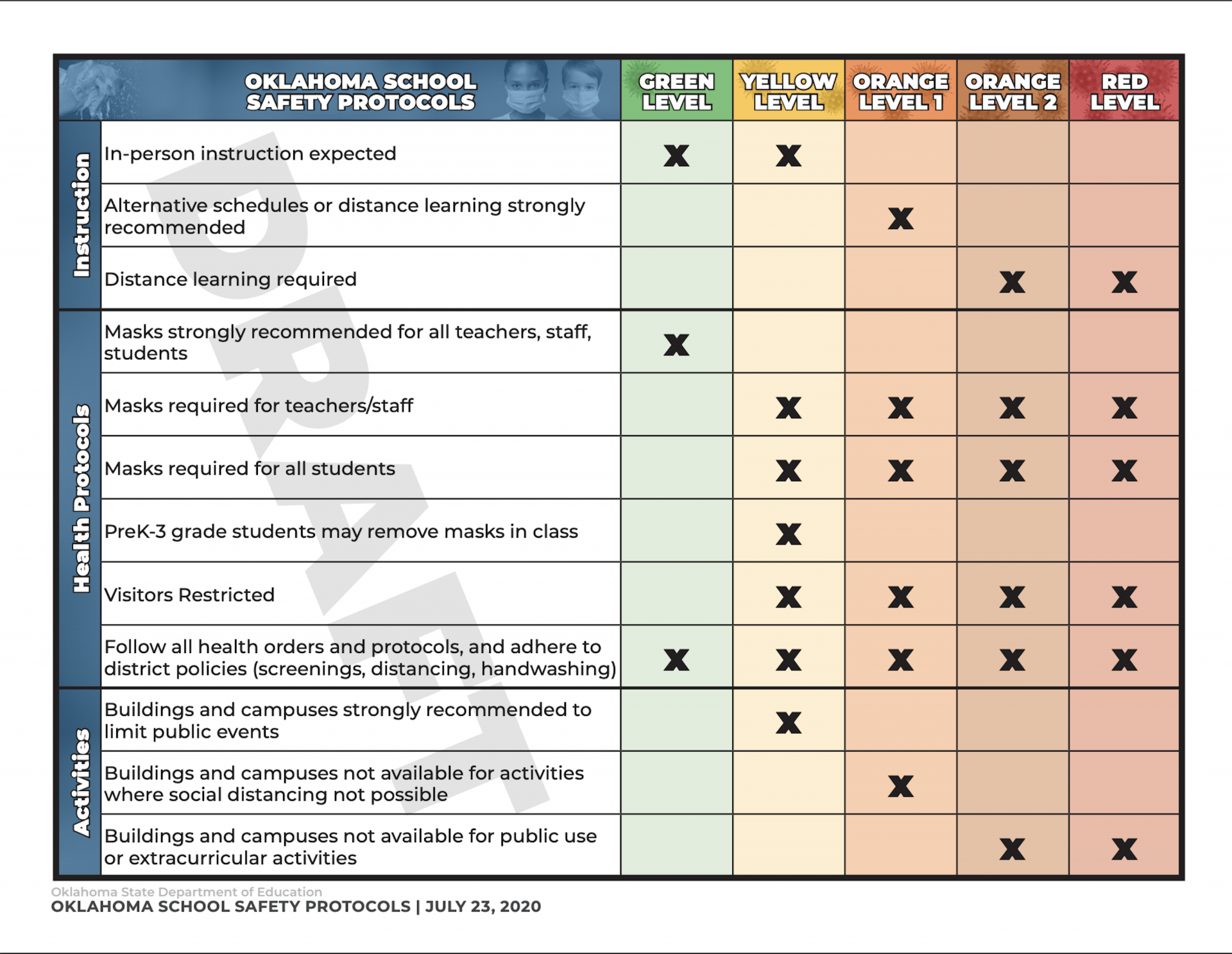 A color-coded recommendation chart for schools to follow as they deal with the coronavirus in their communities.

Following hours of contentious debate, Oklahoma’s State Board of Education voted down a proposal that would’ve mandated masks in many schools.

The members voted 4-3 to reject a thorough plan for reopening – developed by State Department of Education and Health staff – and turn it into simply a recommendation.

Cloth face coverings are recommended for children by both the Centers for Disease Control and the American Academy of Pediatrics to fight the spread of COVID-19. And now, the Oklahoma State Board of Education as well.

The majority on the board said they preferred to leave decisions like masking, moving to virtual education and other matters up to local districts.

“Are we going to allow our democracy to be at work?” Board member Estela Hernandez said “It really comes down to the heart of it’s about bottom-up, not top-down.” 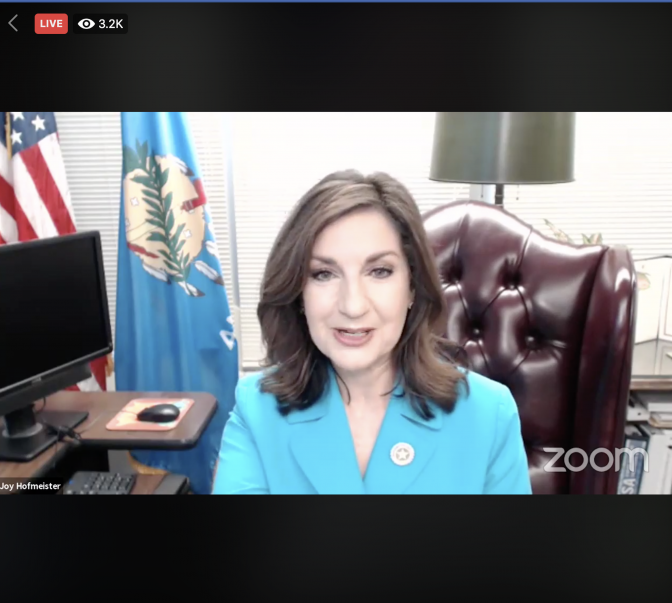 State Superintendent for Public Instruction Joy Hofmeister speaks at a July 2020 State Board of Education meeting.

Superintendent for Public Instruction Joy Hofmeister made an impassioned plea for the plan. And when it failed she expressed her disappointment.

“Ordinarily we should leave most decisions up to a local school district,” Hofmeister said. “But not during a public health emergency.”

“So I actually don’t see our inactivity of a decision to mandate something today as an elevation of our care or concern for the safety of students,” she said.

Board members who ultimately voted against mandating the plan , said it was too heavy handed. Jennifer Monies, of Oklahoma City, pointed out that she was also involved as a board member at a local school – John Rex Charter School – and that boards like hers can be “much more nimble.”

The massive guidance plan advises school districts to have a mask mandate for staff and students when there are more than 1.43 COVID-19 cases per 100,000 people in the county where the district is located. The mandate would’ve gone into effect in all but six rural Northwestern Oklahoma counties.

It also would’ve thrown high school sports into question, because it discouraged any contact sports activities in counties that had more than 14.39 COVID-19 cases per 100,000 people.

In a press briefing after the meeting, Hofmeister said that many superintendents and other district leaders around the state have said they supported the plan as it was written as a requirement.

She said she fears that they won’t have the political backing in their communities to pass something like a mask mandate, despite believing it is the best way to keep students safe.

“They were counting on the state to protect their students,” she said.

And she says the repercussions from Thursday’s vote  could be severe if current trends continue with no action from the state.

“We will inevitably find ourselves where so many may be infected or quarantined that we end up closing prematurely,” Hofmeister said.