A 57-year-old black woman accused an Oklahoma City police officer of rape in 2014. Her accusation led to the investigation, arrest and conviction of Daniel Holtzclaw.

Eventually, the officer with around 3 years on the police force was accused of raping and sexually assaulting at least 13 victims, all of them were black. One victim was 17.

“The fact that things weren’t quite frankly radically changed after Daniel Holtzclaw, I mean is mind boggling,” Joshua Higginbotham said.

Higginbotham is an activist with the Oklahoma City chapter of Black Lives Matter. He and other activists want Oklahoma City residents to have more insight into investigations of police misconduct.

Residents of Oklahoma City often don’t hear the details surrounding complaints against police and the investigations they prompt.

Black Lives Matter activists, emboldened by nationwide protests against police violence, are calling for a new system of oversight. 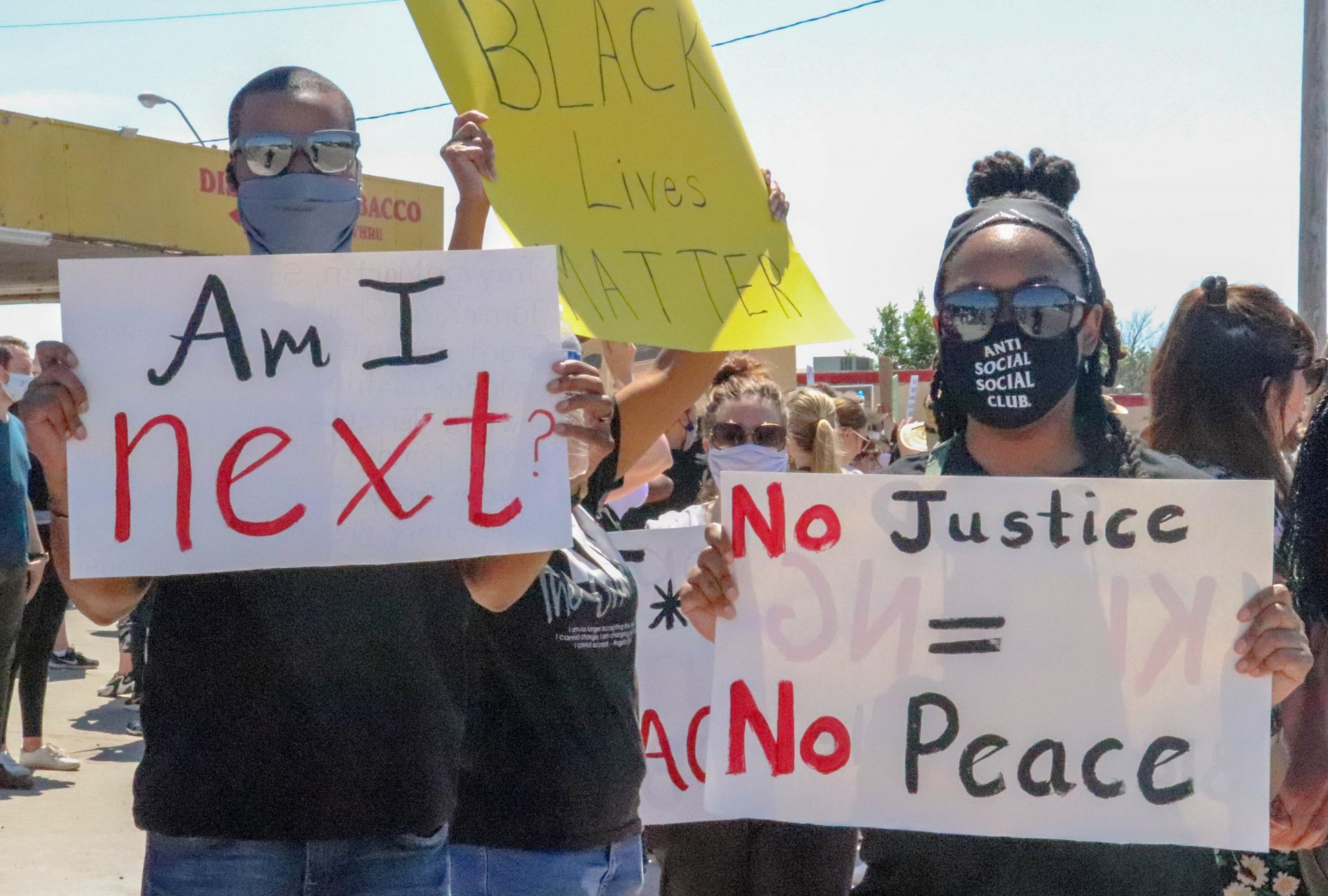 Black Lives Matter protesters on the Eastside of Oklahoma City.

It was police who followed up on accusations against Holtzclaw and arrested him, but the police had to track down most of his victims.

Most of the women didn’t initially file complaints with the department. Higginbotham believes that’s a sign too many residents don’t trust police to investigate themselves.

In fact, many of Holtzclaw’s victims said they didn’t come forward because they didn’t think anyone would take their word over a police officer’s.

“They make that determination because of experience,” Higginbotham said.

From January, 2015 to May, 2020, 303 complaints were filed against Oklahoma City Police Department employees: police officers and civilians.

Ninety-two of those complaints resulted in either “disciplinary or corrective action.” Corrective action could mean employees are put in some form of training or sent to counseling.

Disciplinary action could have resulted in employees’ pay being docked, demotion, suspension or firing.

Department spokesperson Capt. Larry Withrow said state law doesn’t require police to share copies of the complaints or records of the investigations the complaints prompted. The department also refused to name most of the employees who received complaints.

It released the names of four police officers and one civilian employee who received substantiated complaints so serious, they were either fired or suspended without pay. Holtzclaw was one of them.

The agency also released the names of 15 employees fired, demoted or suspended without pay for offenses that were uncovered through internal investigations.

Higginbotham wants more information. He thinks there may not be any amount of scrutiny that is strong enough to hold police accountable for the wide-ranging powers they’re granted by the public.

Oklahoma City has a part-time citizen’s advisory board allowed to review citizen’s complaints and police investigations of employees. The volunteer board is limited to making recommendations. Their meetings and most of their work aren’t public record.

The board’s chair declined to comment for this story and referred questions to the police department.

Black Lives Matter doesn’t want to rely on just that board. The activists have suggested a new approach. They’ve asked the city to hire an independent police monitor.

Joshua Higgenbotham says he hopes such a monitor would be granted the power to subpoena records and people.

He describes the position ideally as “someone that is maybe not adversarial but that is willing to take on tough cases … And instills confidence in the public so that they know, they have someone who watches the watchers.”

An example from New Orleans

Higginbotham would like to adopt and build on the monitoring system in New Orleans, a city that – like Oklahoma City – has a mayor with limited power over the police.

Susan Hutson is New Orleans’ current independent police monitor. She says her office can’t investigate police misconduct but they can review investigations and examine a wide range of police work.

“We monitor, audit, review, report on and as part of those reports, make recommendations about reform and change for the New Orleans Police Department,” Hutson said.

Hutson is also president of the board of directors for the National Association for Civilian Oversight of Law Enforcement. Her independent monitor office takes civilian complaints, reviews them, and writes reports on investigations. All of their reports are shared with the public.

Her office even goes into the field to investigate when police fire their weapons or hospitalize someone.

She says independence and transparency are crucial to their work.

It’s unkown whether the more hands on approach will be welcomed in Oklahoma City. Mayor David Holt has said he’s open to reviewing police oversight. He’s said the citizen’s advisory board seems too closed off from the public.

But, the city isn’t making drastic changes right away. Holt and other city leaders are launching two task forces. One will review police policies. The other, co-led by Councilmember Nikki Nice, will review the possibility of creating a human rights commission.

Police Chief Wade Gourley said in a written statement he’s open to discussing reform with members of the community as long as those changes don’t conflict with the law.

A bad experience close to home

Angela Hornsby, a black woman living on the Eastside of Oklahoma City is hopeful the latest efforts to push change will make a difference, but she’s skeptical.

She had a bad experience with police in 2017, which she recounted for the Oklahoma City Council.

Hornsby was driving home from Tulsa with her son who was about 5-years-old at the time and has down syndrome. Her son had fallen asleep.

Oklahoma City police signaled her to pullover. She’d later learn the light that illuminates her license plate had gone out. Hornsby says she was a few houses from her home and decided to pull into her driveway, because it was well lit.

“I went to open the door and the police with a gun pointed at me yelled, ‘Do not get out of the car,’” Hornsby remembered.

There were two officers. They eventually let her out of the car, but she says one officer – gun drawn – inspected her car.

“The only person in my car is my baby who’s sleeping and has a disability,” Hornsby said.

Hornsby didn’t get cited for the stop. She also didn’t file a complaint. She didn’t even consider it an option. Hornsby doesn’t believe a complaint filed by her would be taken seriously.

“I tell on the police to the police. It just doesn’t make sense,” she said.