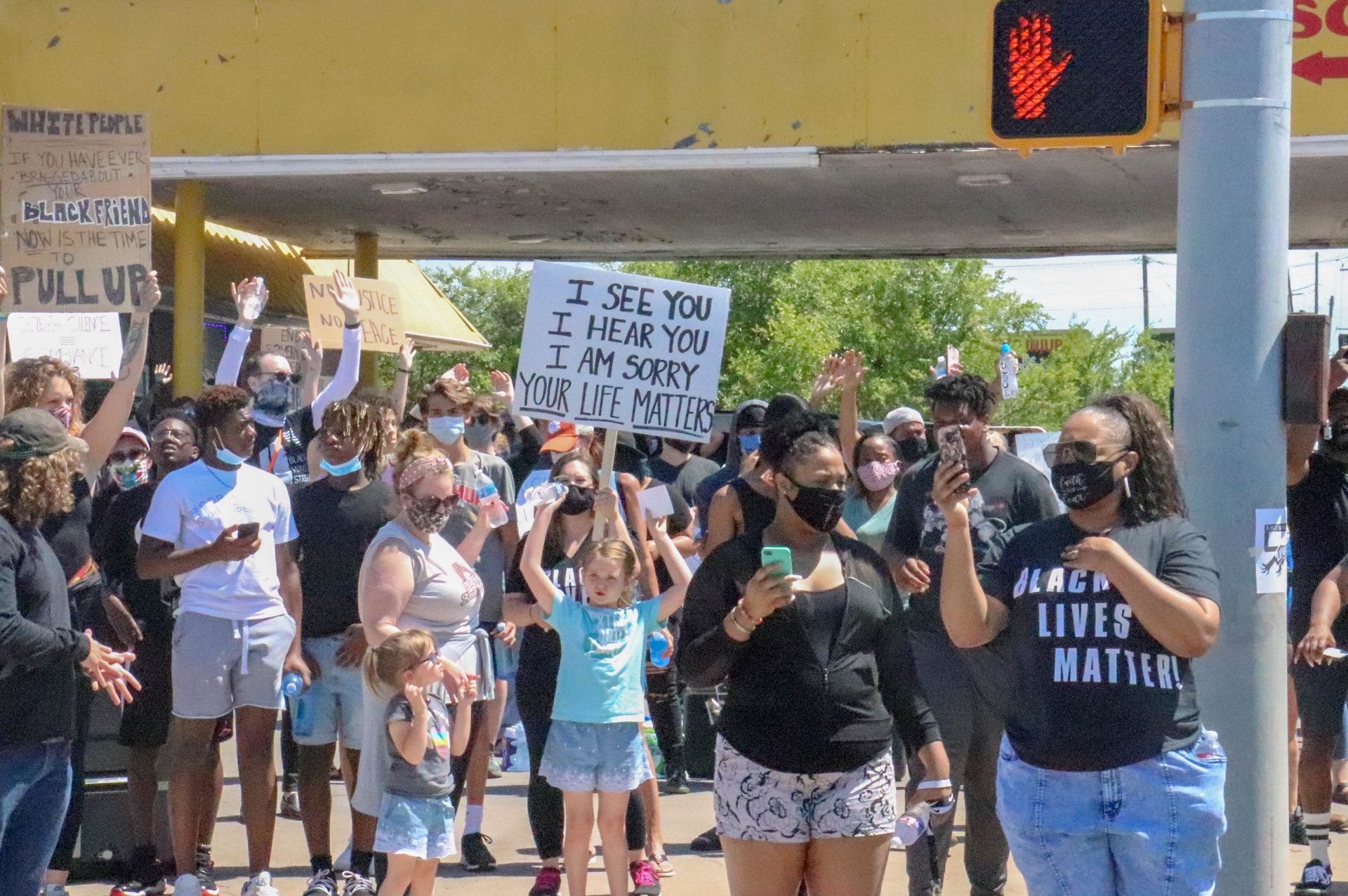 Oklahoma City police estimated at least 3,000 protesters rallied to a demonstration organized Sunday by the Oklahoma City chapter of Black Lives Matter. The protesters met to condemn the alleged murder of George Floyd.

A video of a Minneapolis police officer kneeling on the neck of an unarmed Floyd as he died sparked widespread outrage across the country last week.

The protesters met on the eastern side of the city, an area of town that has been home to many black residents as a direct result of racist housing ordinances enacted in the early 1900s.

Monick Braggs stands to the side and watches her fellow protesters march down a major street toward the state Capitol building.

“I’m out here to protest against police brutality, to stop killing our black men, our black boys, our black women,” Braggs said.

She was disgusted by the video of George Floyd’s death.

She felt “pissed, angered, hurt, all the emotions.” 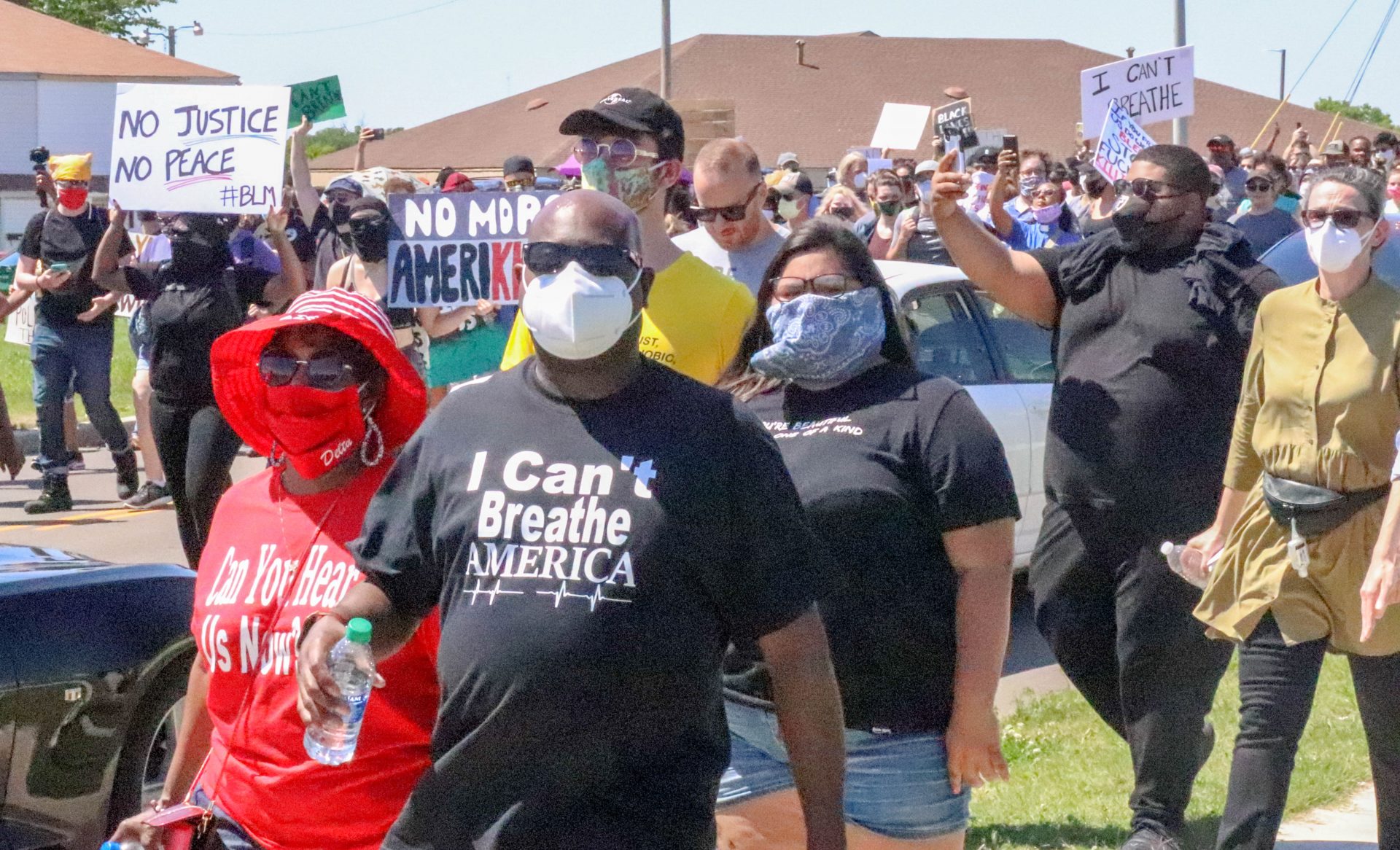 There were also hundreds of protesters in the streets of Tulsa. Gov. Kevin Stitt called in the Oklahoma National Guard to address unrest there. Other areas of the state experienced smaller demonstrations.

Data compiled by the nonprofit Mapping Police Violence suggests when ranked among the 100 largest city police departments in the country, Oklahoma City police have the second highest per capita rate of residents killed by officers.

According to the same group, the city’s black residents are 6.6 times more likely to be killed than white residents.

Oklahoma City Police Chief Wade Gourley questions the accuracy of the data. Gourley claimed the nonprofit attributed some shootings to Oklahoma City police that weren’t carried out by its officers.

An analysis by nonprofit news organization The Frontier found the data appeared accurate. Mapping Police Violence acknowledges its database isn’t complete. The group says it’s likely there have been even more police killings around the country it couldn’t find. 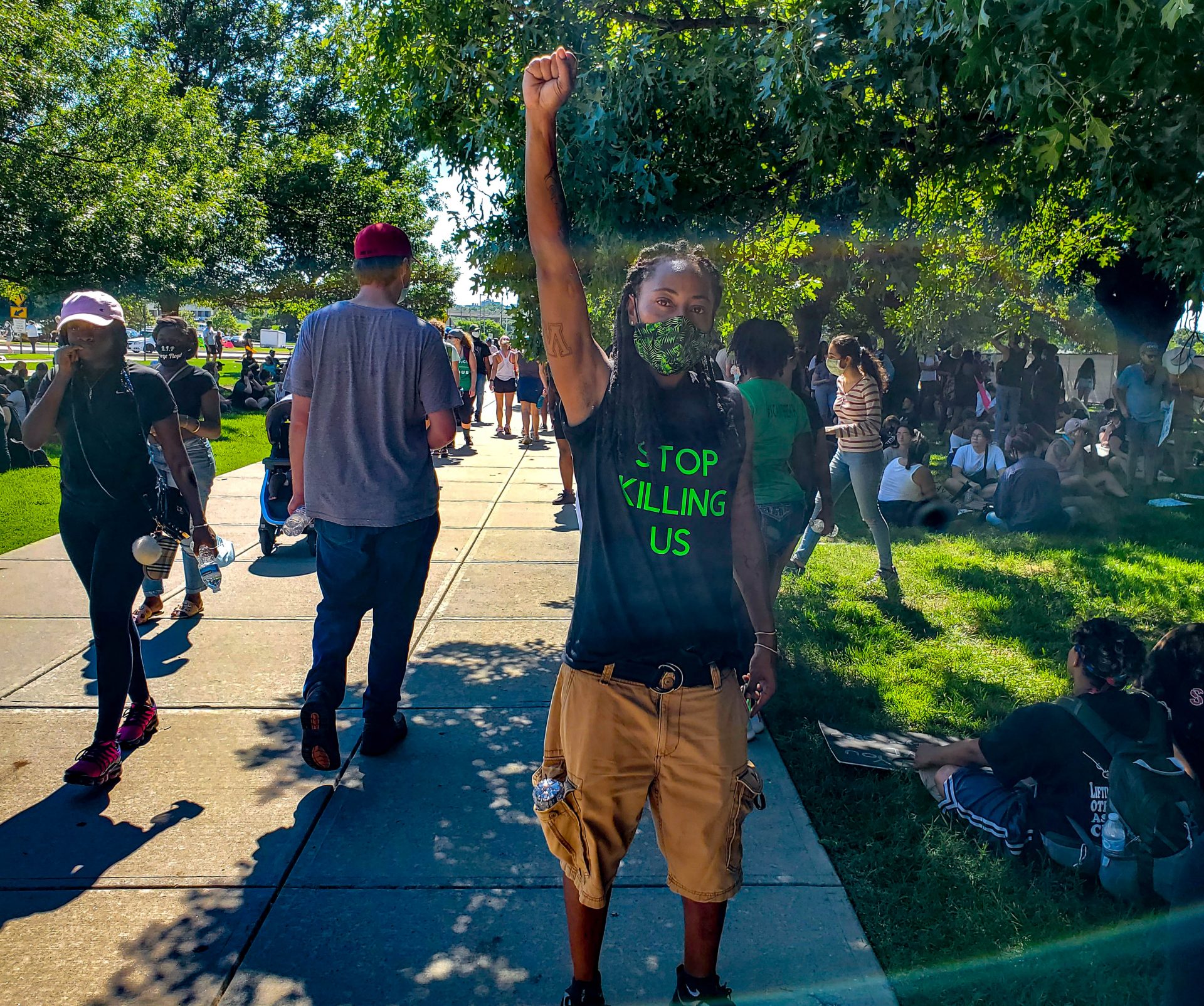 ‘My life is in danger’

“If I walk down the street on any given day, the person that I am just because of how I dress and who I am as a person: lesbian, woman, just because I dress like a dude … my life is in danger,” Wat said.

Wat followed protesters on a roughly half hour walk to the state Capitol where demonstrators rallied peacefully with little to no interaction with officers.

Deshnick Lewis stood in the center of hundreds who sang at the steps of the Capitol building. He said it’s time for a change.

“You have a melting pot of people demanding change and the only way we can get change in the United States is demanding, the same way that they did during the Boston Tea Party,” Lewis said.

He isn’t optimistic about nationwide police reform while President Donald Trump is in office, but he thinks there’s been a shift in the attitudes of regular citizens.

After the Black Lives Matter protest ended, a fraction of the protesters gathered downtown. Around sunset, some protesters and police clashed. Objects were thrown. Police fired tear gas and other non-lethal weapons. Each side blames the other. Property was damaged but there were mostly minor injuries.

After the weekend protests, at least 36 people had been arrested, according to Oklahoma City police.

Dickerson said Gourley’s “lack of leadership resulted in aggressive actions by the police toward peaceful protesters.”

The activists’ demands included more police de-escalation and implicit bias training. They called for some officers to be disciplined. They want an “independent citizens’ complaint review board” to oversee the police, and they’re seeking the release of records and recordings tied to several arrests and deaths. 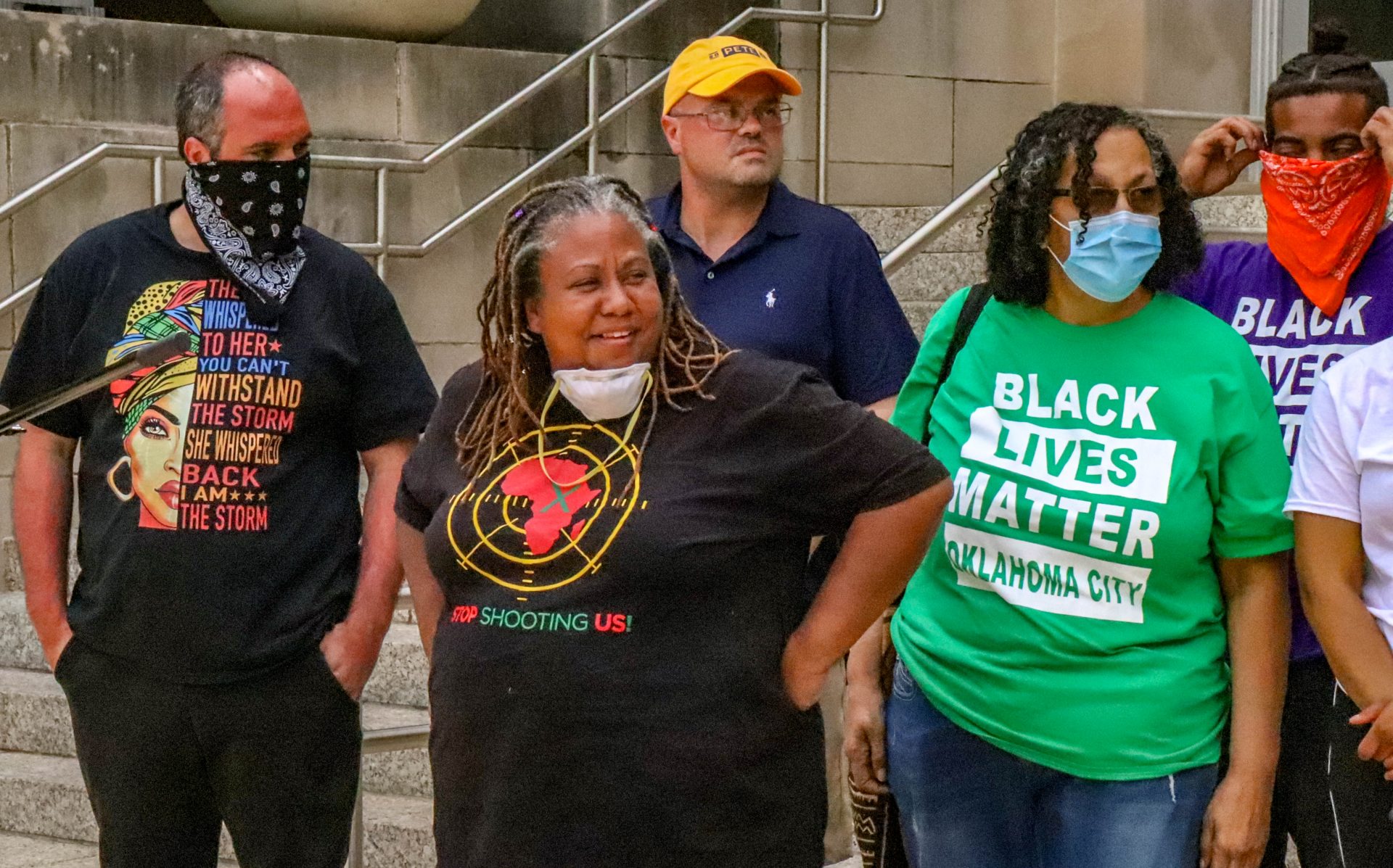 City Manager Craig Freeman has said he won’t ask Chief Gourley to resign. Gourley himself said during a city council meeting he’s not apologizing for using tear gas or other weapons because his officers were attacked.

“I don’t think I have anything to apologize for right now,” Gourley said. “But, if we start reviewing that and there’s something there that tells me a different story, then I’m big enough to come out and say … that I would do that.”

Gourley defended his department’s use of force policies and willingness to discipline officers who break the rules. But, Black Lives Matter is demanding more oversight and Mayor David Holt believes the group has a point.

Holt says the department’s current citizen’s advisory board may be too far out of public view. The group’s meetings and most of the information they review aren’t made public.

“Their work is happening maybe, maybe too far behind the scenes and the people of Oklahoma City need to get some kind of other entree into oversight of the police department,” Holt said.

Monick Braggs has one demand, and she won’t be satisfied until it’s met.

“Just stop the killing. Stop using the words ‘oh, I feared for my life.’ You didn’t fear for your life. Stop doing that,” Braggs said.