An image inside University Hospital in Oklahoma City circa 1926, several years after the Spanish influenza rocked the city. Actual photos from 1918 during the influenza crisis are rare, says Larry Johnson, special collections manager for the Metropolitan Library System.

When virus struck OKC in 1918, teachers and children rose to the occasion 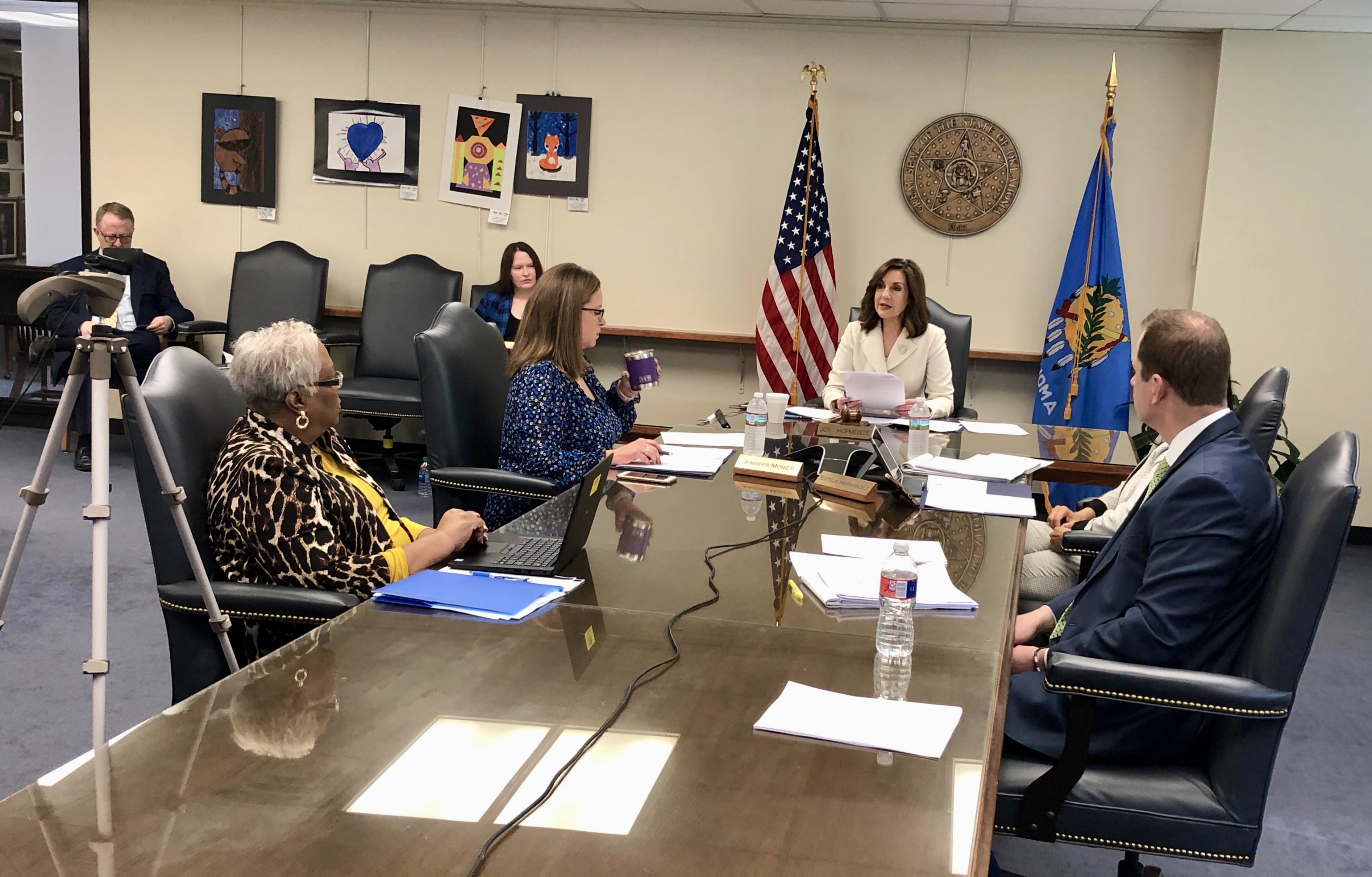 State Superintendent Joy Hofmeister leads the Oklahoma State Board of Education meeting last week to vote on closing schools for the remainder of the 2020 spring semester. The closures were necessitated to combat COVID-19.

And it was an unprecedented action. In order to find a time of mass school closures statewide, you’d have to go back more than 100 years. 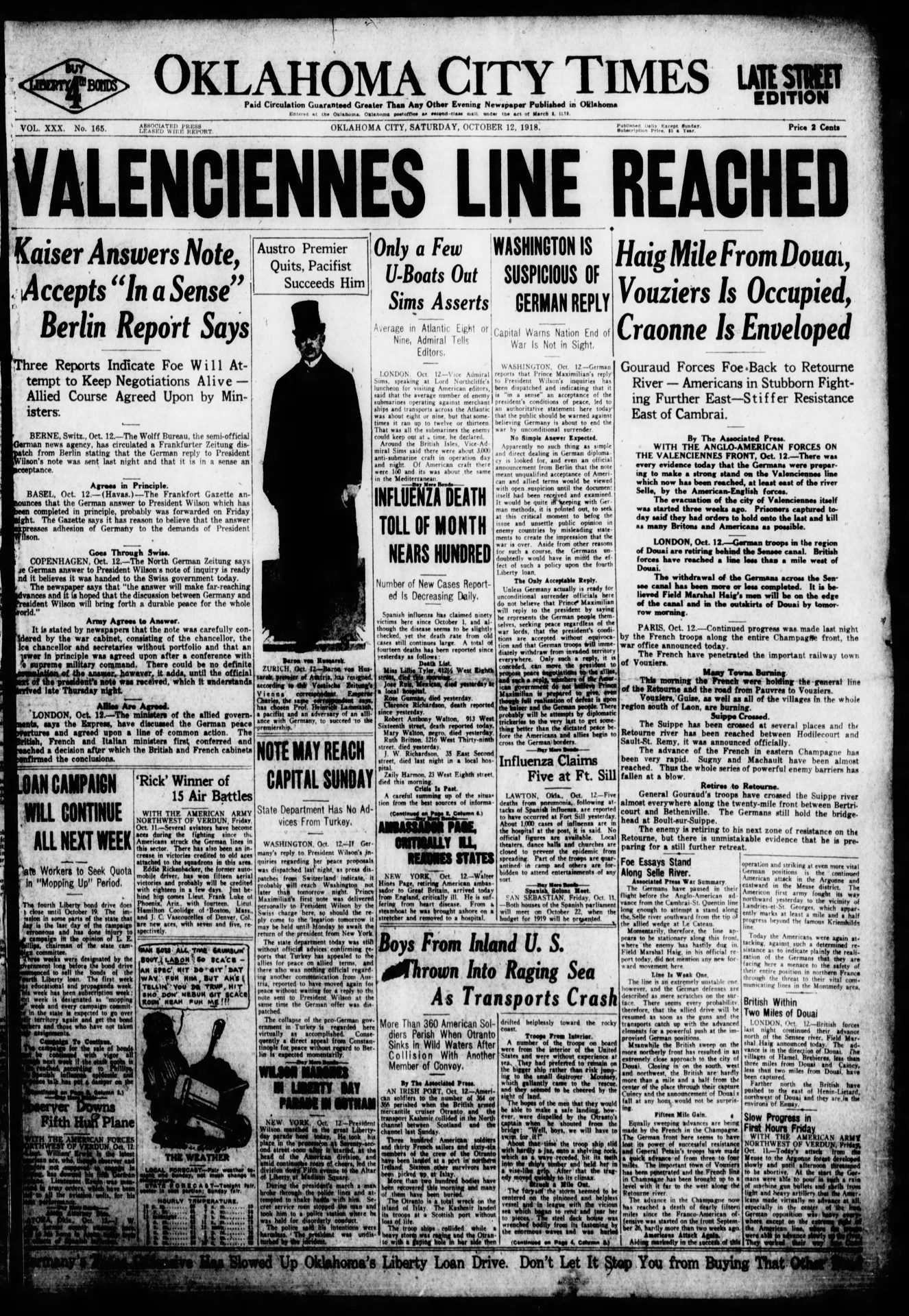 The front page of the Oklahoma City Times on Oct. 12, 1918. Though the United States was embroiled in World War I, the toll of the Spanish flu was front page news.

The Spanish influenza hit Oklahoma, particularly the capital city, hard. Health records aren’t available for the year, but historians estimate as many as 30,000 of Oklahoma City’s 103,000 residents got the flu. During one 24-hour period in early October of 1918, more than 5,000 people tried to check themselves into local hospitals.

But decision makers understood little about the outbreak.

“The experience they had then is so different from now,” said Larry Johnson,  special collections manager for the Metropolitan Library System. “In 1918, they didn’t even know the flu was caused by a virus. Virology was a pretty new science and they didn’t really understand… what this was.”

During the Spanish influenza outbreak the state did not shutter all of its about 5,000 school districts. But many did close, like in Oklahoma City. 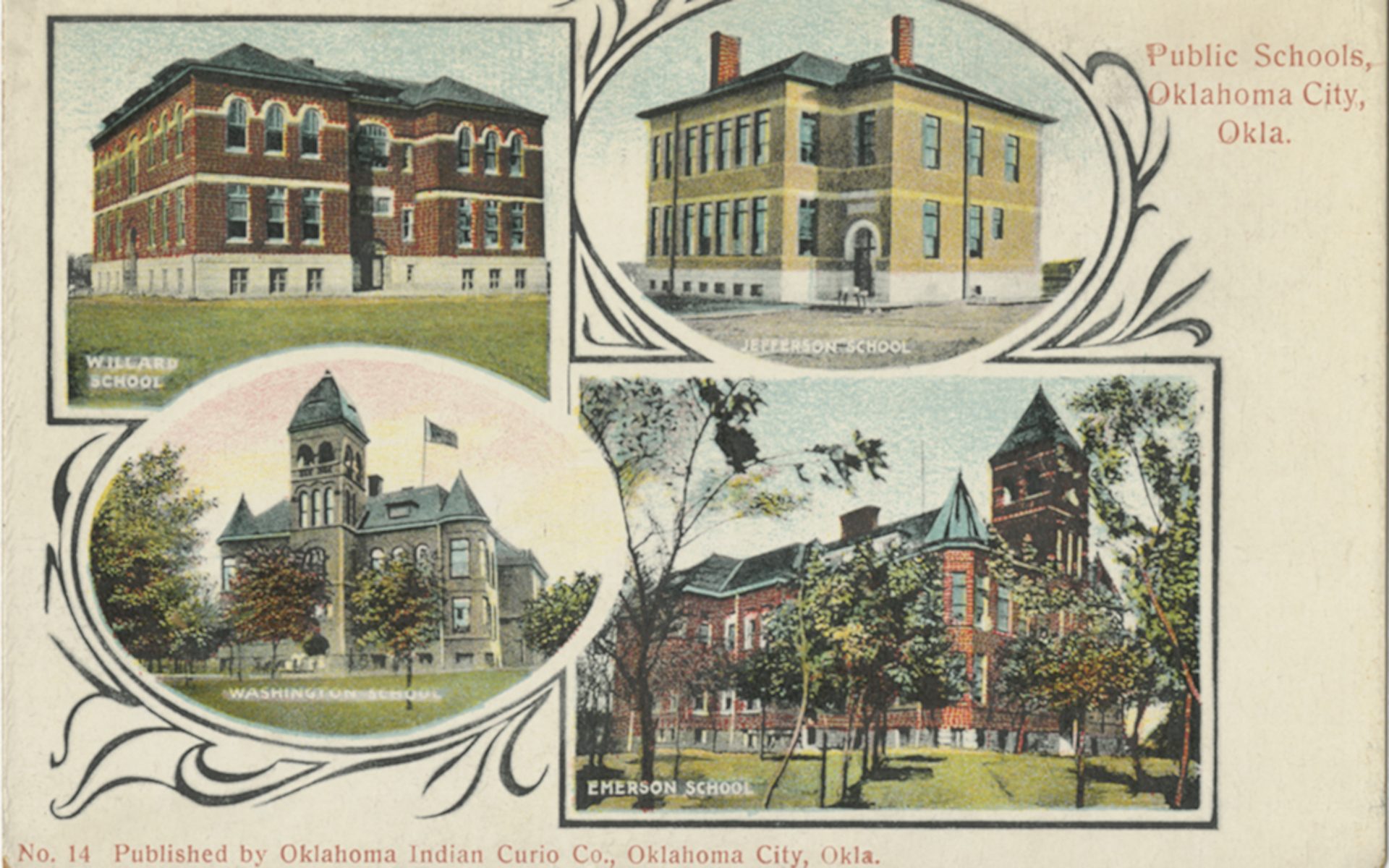 Teachers from schools like these pictured on a circa 1910s postcard helped Oklahoma City weather the 1918 Spanish Influenza outbreak.

Schools, which had about 14,000 students, were almost immediately closed in Oklahoma County, where the disease was hitting hard.

And Johnson, who wrote extensively about the flu in a 2009 article for the metro library system, said when teachers were guaranteed their salary for the rest of the month by the Oklahoma City Public School Board, hundreds of them immediately started volunteering.

They, along with many older female students, operated telephone switchboards and performed other tasks for people who were sick. Some went into hospitals to aid nurses.

“The teachers really were heroes,” Johnson said. “They were paid. They could go home, and they didn’t have to put themselves in danger like they did. So they were some of the true heroes of the city for sure.”

Younger children also pitched in. Johnson conducted oral history interviews with people who were children during the outbreak. He said they described cooking for their families and collecting coal near railroad tracks that had fallen off trains to help heat homes.

Today is obviously very different from 1918. A better understanding of virology means that people know that practices like social distancing can limit the impact of a highly contagious disease.

And Johnson said the lesson modern day teachers – and really anyone – can take from heroic actions of the past is to emulate them by doing their best with activities like social distancing and limiting the spread. At the same time they’re using communication tools to educate and help others.

In 2020, as schools close their doors for the semester they’ll actually be staying open via distance learning.

School will look different, but teachers will again be leading, educational leaders have said throughout the shift to distance learning.

State Superintendent Hofmeister said that teachers’ innovative methods to deliver distance learning will soon help kids continue the learning process, which she said is incredibly important during the pandemic to resume some form of normalcy.

“I think you’re going to see some exciting ways to engage students in the process,” Hofmeister said. “Understandably, right now there are a lot of questions and there are people who may feel a little fearful about what is to come in the next month. But I believe that the enthusiasm I’m seeing with educators and district leaders is going to put a lot of families at ease in the coming days.”