Compacted tribes are sending their gaming money to the state of Oklahoma where it will be held while courts decide on tribal-gaming compacts.

Oklahoma tribes will pay the state an estimated $13 million dollars in Class III gaming money, next Thursday. Since tribes believe the compacts auto-renewed at the start of the year – they are going to continue to remit their gaming funds like they have been for the past 15 years.

But the state isn’t going to put that money directly into education – the largest recipient of gaming money – even though it’s supposed to, under state law.

From the Oklahoma State-Tribal Gaming Act Page 5 A1

Instead, that money will be remitted into two funds and held in escrow by the state. That’s according to a letter sent to the compacted tribes by the Oklahoma Office of Management & Enterprise Services (OMES).

Each month for the last 15 years, Oklahoma’s 35 compacted tribes have put millions of dollars into an education money pot known as the Education Reform Revolving Fund – also known as the 1017 Fund. The money from that fund pays for many of the basics of public school operations.

The compact dispute’s educational impact has become a hot topic among lawmakers and educators across the state. Gov. Kevin Stitt is digging in for a fight and calling for alternative ways to fund education, but it appears, in the short-term, the absence of gaming compact funds will be minimal. 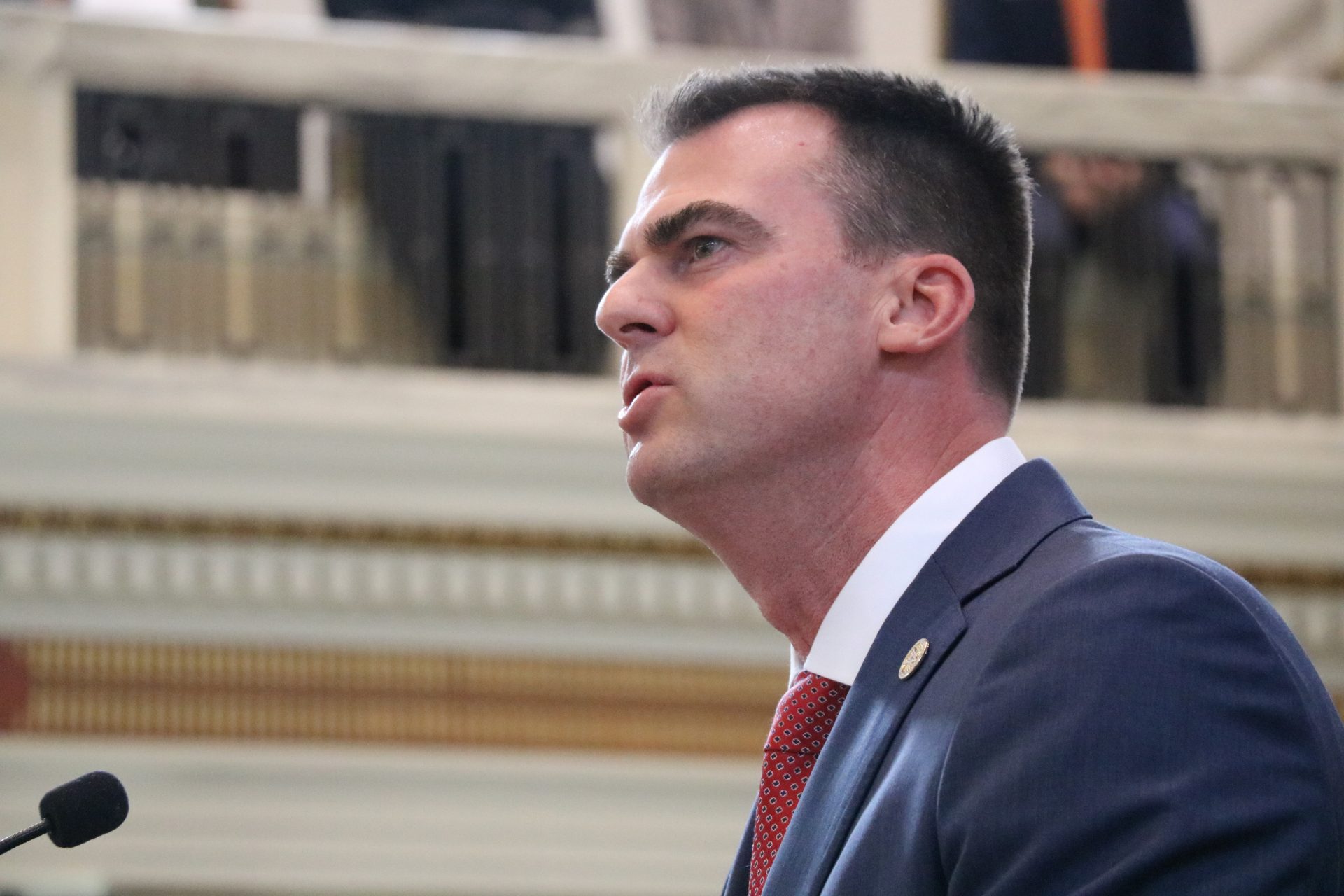 Gov. Kevin Stitt said during his annual State of the State Address that he wouldn’t let education funding lapse during his dispute over gaming compact payments with Oklahoma’s tribes.

Why is Oklahoma rejecting $13 million?

OMES has said even though the state will accept gaming money, it won’t spend it. That’s because of an ongoing legal dispute over whether or not the state’s compacts with the tribes automatically renewed at the start of this year. Stitt says they didn’t. The tribes – and several lawmakers – including House Speaker Charles McCall and House Minority Leader Emily Virgin – say they did.

Both the state and tribes have said they want to keep funding education. The compacted tribes are continuing to pay their monthly gaming fees, and they expect the state to spend that money on education. Matt Morgan is the chairman of the Oklahoma Indian Gaming Association.

“Tribal leadership has been clear in their desire to do business as usual, to see the funding continue,” he said. “They are remitting their fees still and hope the state of Oklahoma will continue utilizing those funds in the spirit it was intended.”

But during his State of the State address, Stitt suggested alternative sources to pay for education while the compact dispute is being resolved.

“I am asking for legislation that will allow the remaining cash balance from 2019 and funds from the Revenue Stabilization Fund to be leveraged, if needed, to compensate for any temporary pause in Class III gaming fees,” he said during his State of the State address last week.

The tribes don’t think Stitt can take that action, though.

“His choice in setting aside funds and/or asking the legislature to use other funds to try to make up that – that is his creation. He has decided to do that by himself,” Morgan said. “I’m not for sure why he’s, again, still going down this path and why he keeps creating these artificial hurdles that he feels like has to be overcome when clearly there’s a path forward for everyone – but he needs to be the one to stop and take a step back.” 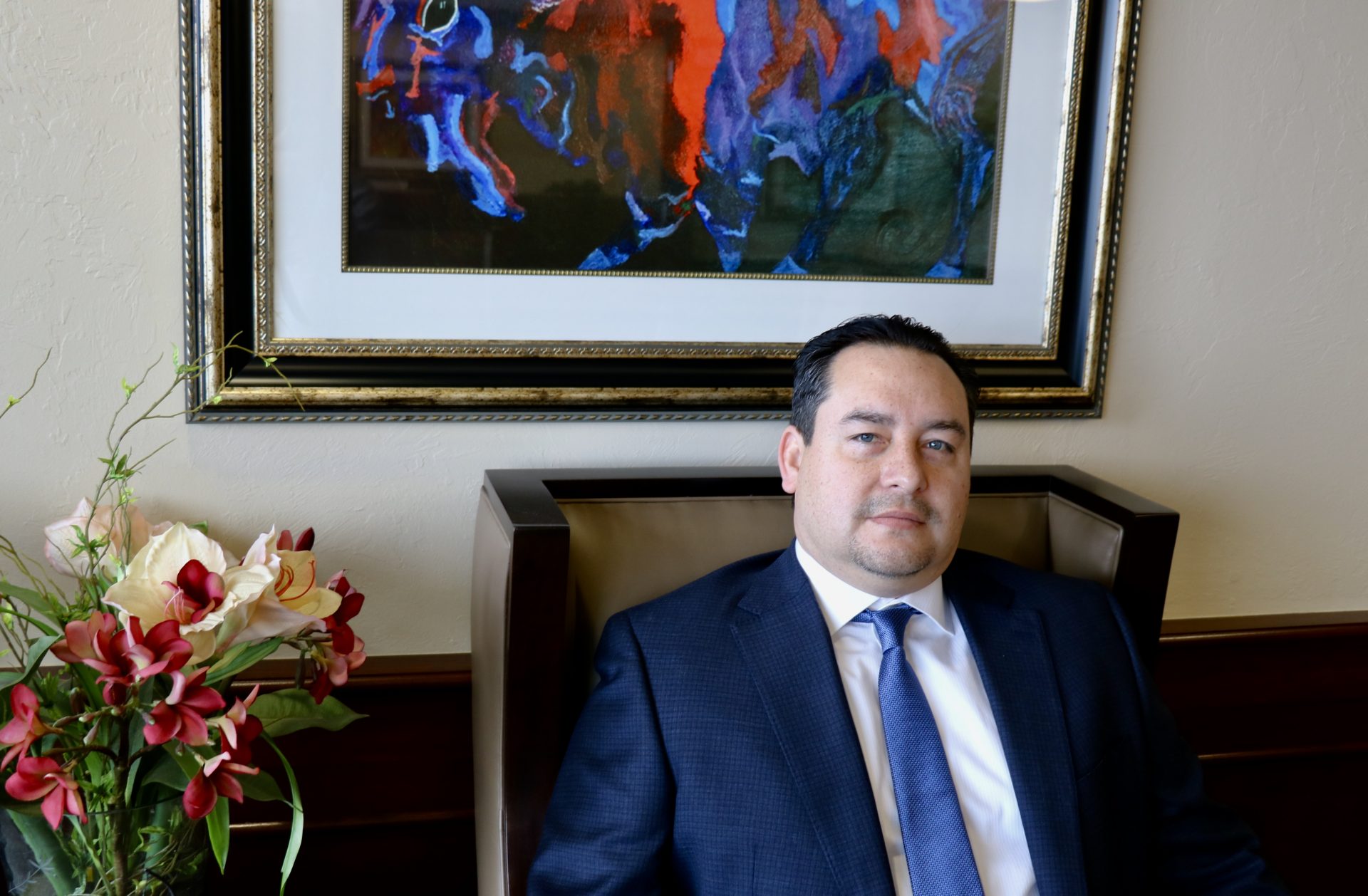 Matt Morgan, chairman of the Oklahoma Indian Gaming Association, says he believes money collected by the tribes should go to education rather than sit idly in state coffers.

How does the money work?

Governor Stitt asked lawmakers to draft legislation to use the money left over from Fiscal Year 2019 – which is around $310 million dollars. This money, which can be used in the following budget years, came from the state pulling in more money than their estimated projections for that year.

Stitt also suggested pulling out of the Revenue Stabilization Fund, a sort of savings account created in 2016 to help with economic downturns.

The Revenue Stabilization Fund currently holds around $105.5 million dollars, but by the end of the fiscal year in June that will increase to about $200 million dollars.

Shelly Paulk is the state budget director. She said both options requested by Stitt would require lawmakers to draft a bill.

Paulk also said the Revenue Stabilization Fund uses peak collections from disproportionately volatile revenue streams like gross oil and gas production and corporate income tax. When there are peak collections above the five year average those amounts roll over into the fund.

“So in high growth years we save and then in times when we would have a downturn it allows certain withdrawals to be able to offset any possible effects on agencies,” Paulk said.

What that also means is there is not guaranteed money that rolls over into the fund.

On February 18 the Board of Equalization will meet to determine the five-year averages of gross oil and gas production and corporate income tax.

Carolyn Thompson is the deputy chief of staff at the Department of Education. She says the 1017 fund – which received over $130 million dollars – or 88% of the exclusivity fees from 2019 – has other sources besides gaming.

Thompson also said the sources for the 1017 fund could fluctuate month to month, depending on revenue streams. Other sources to the fund include corporate income tax, use tax and tobacco products tax. 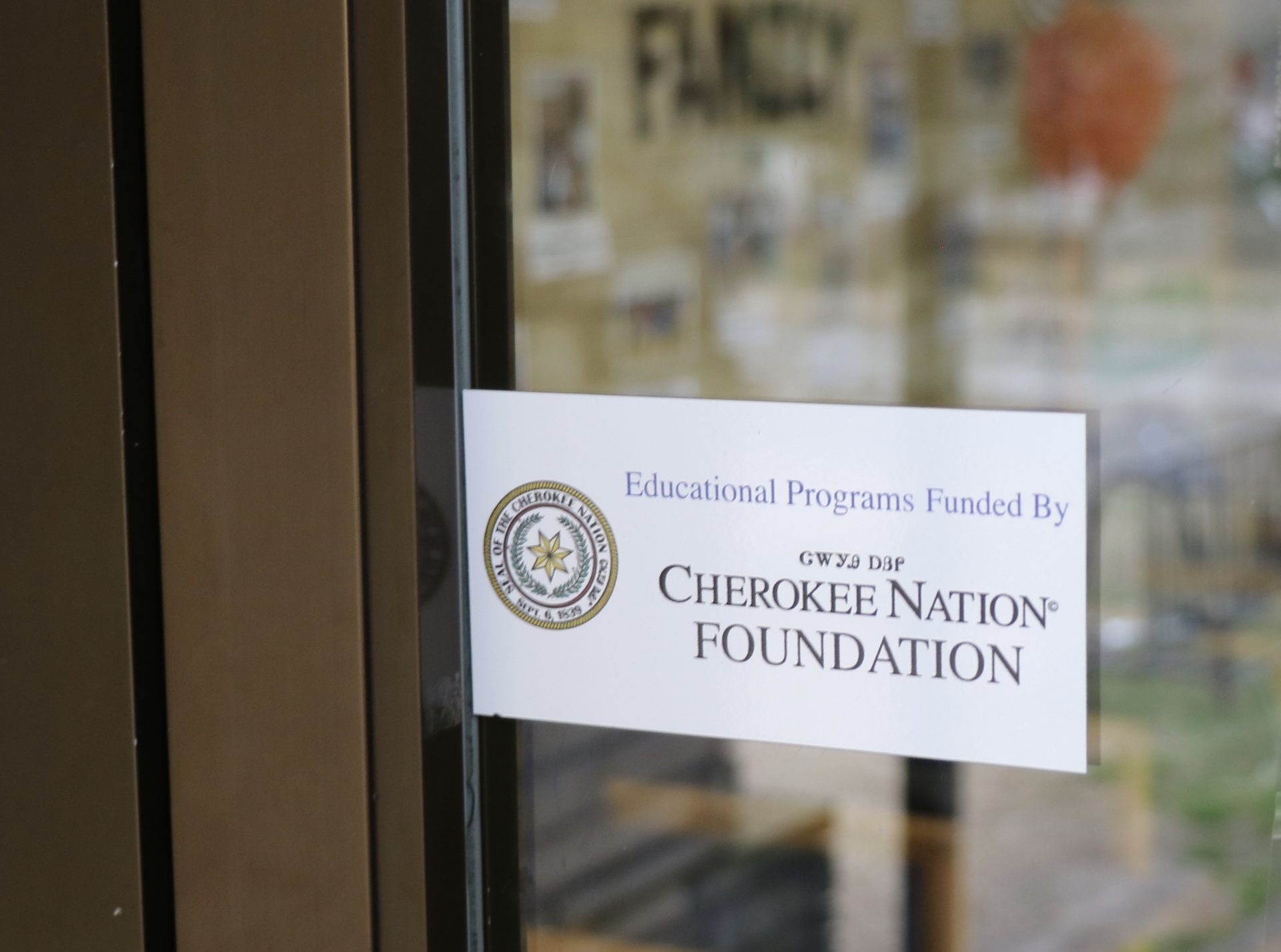 A sign at Tahlequah’s Cherokee Elementary School touts that school’s support from the Cherokee Nation Foundation.

The ultimate impact on education

The 1017 fund is used to pay for basic necessities by school districts.

When money is put into the fund, it goes directly to districts through the Department of Education.

It pays for things like teacher payroll, maintenance costs and other basics as outlined by individual school districts statewide. Of the state’s more than 500 districts, all but about three dozen rely on 1017 funds for basic operations.

But, in the immediate future state education leaders said those districts shouldn’t be concerned.

“Relax,” Hime said. “Don’t worry about it. Invest in students. Focus on your children, focus on investing in your students. We’ll follow the situation we’ll have a conversation with the Governor’s office, OMES and the legislature as we go along and make sure they keep education funding at the top of the priority list.”

“I don’t know if we have any indication of how this is going to play out, but we’re just kind of watching and waiting like everyone else,” Thompson said.

If the dispute gets dragged out there could be problems for the 1017 fund in the long run. But other sources would likely be able to compensate for any pause in funds from the tribes, they both said.

The tribes and the state have now entered into mediation ordered by a federal judge. That process has to be completed by March 31. If they are unable to reach an agreement by that date, the judge could order further mediation or the compact dispute could go to court.