Most states don't discover gifted Native American students but Oklahoma has been able to buck that trend.

A group of fifth graders intently watch a color-shifting octopus dream at the top of its tank.

Today, inside an outbuilding at Tahlequah’s Cherokee Elementary School these children are tasked with critically thinking about what they’re seeing. It’s all part of RISE, the school’s gifted and talented program.

“What do you notice?” their teacher Libby Osburn asks.

By the time it’s Charlie Stone’s turn to make an observation his classmates have seemingly taken every good observational detail that can be made about an octopus taking a nap. So, he zooms out.

“It was up at like the very top,” he says of the cephalopod’s sleeping position.

The assignment is simple enough, watch the video and come back with observations and questions about what they saw. It might seem like a very basic exercise, but these activities require a little more critical thinking and keeps kids engaged.

It’s a sharp contrast to the repetition these fifth grade students say they experience during a typical day in the classroom.

“It’s mostly hearing about the same stuff that we’re already learning about and that we already know,” Stone said. 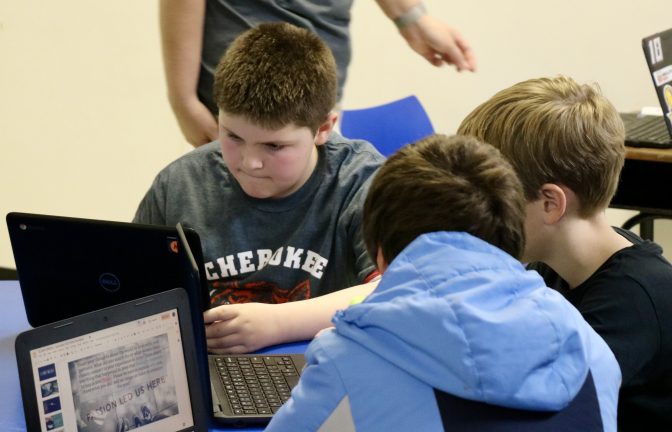 Fifth grader Charlie Stone works on a school lesson during RISE, a gifted and talented class in Tahlequah Oklahoma.

The importance of gifted education

Getting away from a repetitive day is important for gifted students, said Robbyn Glinsmann, director of gifted and talented programs.

The stakes are higher than simply making sure certain kids aren’t bored in elementary school.

“If they’re not properly challenged in lower grades, then when they’re challenged in high school, the first thing they want to do is drop out,” Glinsmann said.

In the classroom, teachers are prepping gifted students to lead, Osburn of Tahlequah said.

And getting the best students to use critical thinking will build skills that they’ll need throughout their lives.

“We’ve got to make sure that they are prepared and that they have those real world skills, but also that creativity and innovation thinking,” she said.

According to the State Department of Education, there are 94,117 gifted and talented students in Oklahoma.

They receive a wide array of programming, but because gifted education is fully funded by the state, Oklahoma gives its students some of the best access in the nation according to data collected by Purdue University.

That study found that millions of students are left out of gifted programming across the country.

The reasons for that are historic, the authors write and include a lack of access.

“The field of gifted education has much work to do to mitigate lack of opportunity and inequity within the field if all talents in the United States are to be developed,” the report says.

There are also cultural challenges Oklahoma educators are working to overcome, said Glinsmann.

“If you were to Google ‘What is gifted?’, the list you’d pull up is pretty much a white, middle class list, so that is the lens that our teachers have been looking through,” Glinsmann said.

Marcia Gentry, a Purdue study author and the school’s director of the Gifted Education Research and Resource Institute, said that teachers need to have an open mind. Then, they need to take listening to their students to the next level by understanding what they’re saying.

“It’s more than just being open,” she said. “It’s about saying what are these students good at and how can I help them become better.”

“You have to embody and understand and care about the kids you work with and be open to their strengths and their talents rather than put your own lens on it.” 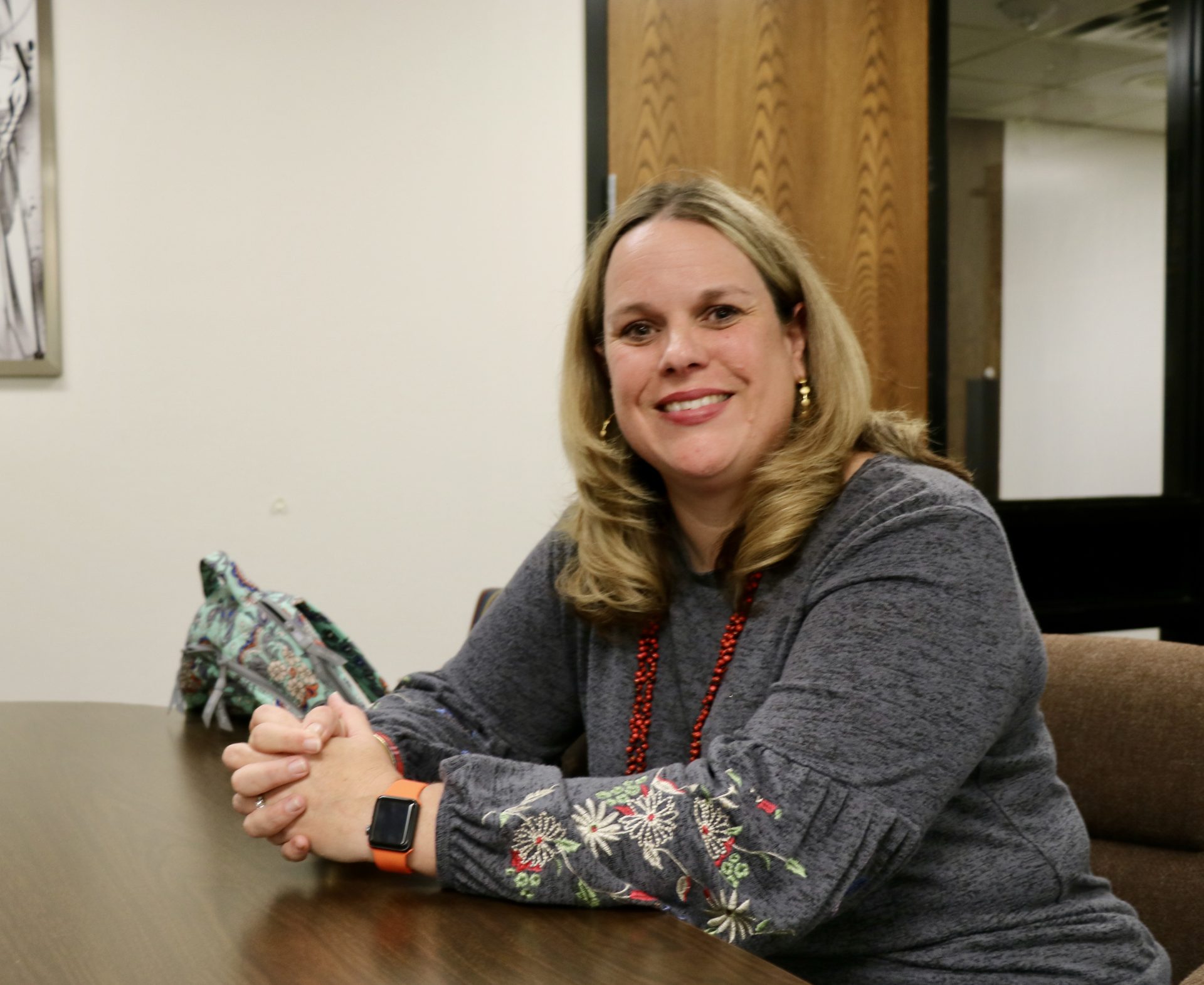 Robbyn Glinsmann, director of gifted and talented programs with the Oklahoma State Department of Education.

A lack of recognition

When Joy Hofmeister was running to be State Superintendent of Public Instruction, she said one thing she noticed was that gifted classrooms didn’t mirror the hallways of Oklahoma schools. There were so many more white faces.

“It really, really was a concern of mine because I didn’t see minority children and special education children being identified for the gifted and talented services that they deserve to have and be a part of,” she said.

So, she made it a priority. The state applied for and was awarded a five-year, $3.2 million grant from the Jacob K. Javits Foundation, which provides for support of gifted and talented teachers and helps them form lesson plans that can then be used by anyone.

The grant work is done in four districts, including Tahlequah, and is slated to impact 6,000 students.

Teachers like the ones in Tahlequah are getting training in recognizing giftedness and are designing lesson plans to later be spread around the state and potentially beyond.

Hofmeister and Glinsmann credit that grant with raising awareness of screening for gifted education.

Oklahoma education leaders say the grant is working. According to a count conducted in October 2019, more Hispanic students are being recognized, and the number of Native students recognized remains strong. However, recognition for black students remains low.

Gifted teaching on the ground

The Tahlequah district is more than half Native, but many of their teachers are white. But because the educators here are immersed in Indigenous culture, they’re looking out for giftedness in their students that might not go unrecognized in traditional programs.

“They are us,” second grade teacher Jessica Morrison said.

Though she is white, her husband’s family and her daughter identify as Native, which makes it easier for her to recognize giftedness in that population.

Here, transcending racial barriers isn’t part of the discussion for students. Instead, the students in this gifted and talented program are

talking about future career possibilities or other fun things they’ve gotten to do in school.

The programs their teachers develop will have a big role in how educators across the state – and perhaps the country – can reach more gifted minority students.

Because, after all, Osburn said, it’s important to have quality programming for all students.