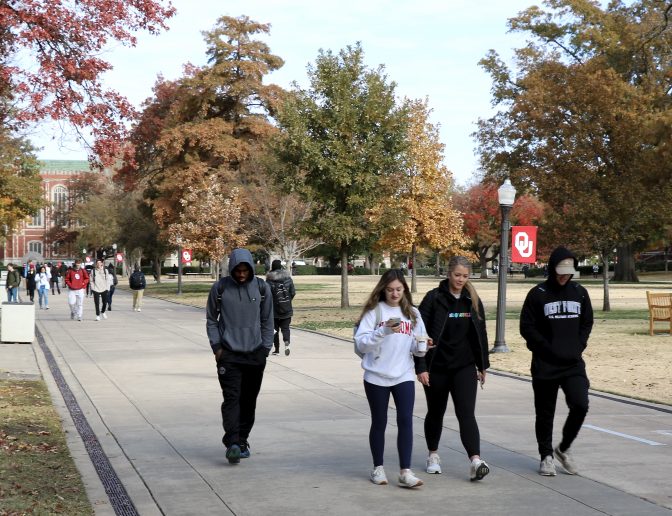 University of Oklahoma students walk across campus in November 2019.

Oklahoma’s State System’s Regents for Higher Education are asking lawmakers for a $125 million budget increase during the 2020 legislative session.

The regents voted unanimously Thursday morning to pass a budget request that would increase the state’s appropriation to colleges and universities to $927 million.

The request, formally called the system’s “budget needs,” serves as a wishlist. Historically, state lawmakers have not granted the requests.

Between 2008 and 2018, state lawmakers slashed the state appropriation for Oklahoma’s universities and colleges by more than 25% or $265 million.

The system had asked for a budget increase of $128 million.

But because of the laser focus of this year’s request that includes items like workforce development initiatives, operational cost increases and a concurrent enrollment program expansion, higher education leaders are confident in the budget request’s chances of success.

Chancellor Glen Johnson said he and other leaders will push the agenda in the legislature in an effort to boost higher education funding.

“We feel like we’ve got a very appropriate request,” he said. “It’s on us to tee it up, to take it over there and be persuasive and ultimately to take it to the finish line in May,” said Johnson.

State agencies, including the Oklahoma Regents for Higher Education, traditionally submit their formal budget requests to lawmakers in the fall. The legislature will consider these requests and the amount of money certified for fiscal year 2021 when they reconvene in February.