Heather Canales reads to children in a pre-kindergarten class at WovenLife, which offers early childhood development in Oklahoma City. Photo taken on August 1, 2019.

Raising the kindergarten age in Oklahoma may leave some children out

Sending younger children to school could protect them from home violence 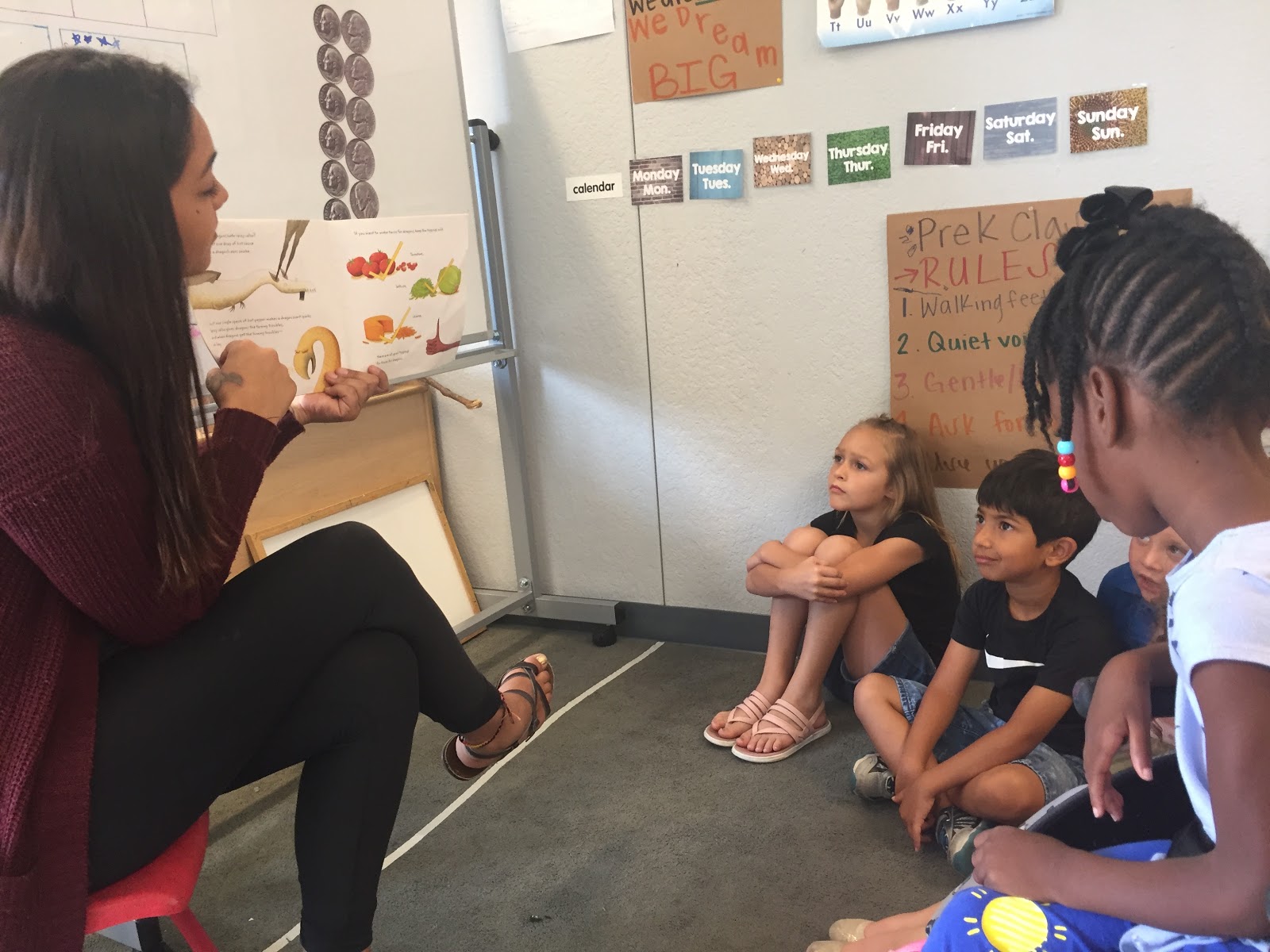 Heather Canales reads to children in a pre-kindergarten class at WovenLife, which offers early childhood development in Oklahoma City. Photo taken on August 1, 2019.

A controversial proposal in the Oklahoma state legislature would delay the age kids would be eligible to start kindergarten and put Oklahoma on-trend with dozens of other states. But some childhood experts say the trend may not serve Oklahoma kids well.

Ila Ison’s birthday is August 28. She’s turning four, and she starts pre-K at a private school this week.

After Pre-K, her parents want to send her to kindergarten in Edmond Public Schools.

A proposal state lawmakers are considering would have changed the Ison’s plans. Ila and thousands of other children born in August would have to wait one more year before enrolling in kindergarten.

Supporters say this would make for more mature classes, making it easier on kindergarten teachers.

In a committee hearing, the author of the legislation, Senator Greg McCortney, cited data from the State Board of Education that shows roughly 40 percent of children who repeated pre-K in the last five years was born in July or August.

“In the end, when looking at running this bill, I had to decide if schools were going to be for education or if schools were going to be for social services,” said McCortney. “If we have kids that need social services we need to stop forcing that into our school system and start taking care of that through the human services division of our government.”

Jonathan Small with the Oklahoma Council of Public Affairs, a conservative think tank, said making kids repeat grades is bad for everyone.

“That’s an unfortunate circumstance because, one, we’ve subjected a child to an environment they really weren’t ready for yet,” said Small. “And, two, we’ve diverted resources — precious resources — away from students who were ready.”

Kids repeating grades are expensive. Since the 1970s, states have been delaying when kids can start.

In 1975, only nine states required that kids be five-years-old when they start kindergarten. As of 2010, 30 states made their kindergarten cutoff date sometime in September.

Diane Horm is the director of the Early Childhood Education Institute in Tulsa and an early childhood education professor at the University of Oklahoma. She says there will always be a maturity gap with children in the classroom.

Horm said that more than half of Oklahoma’s children under age six are low income. Another year at home burdens families with another year of costly childcare or income loss as one parent stays home. 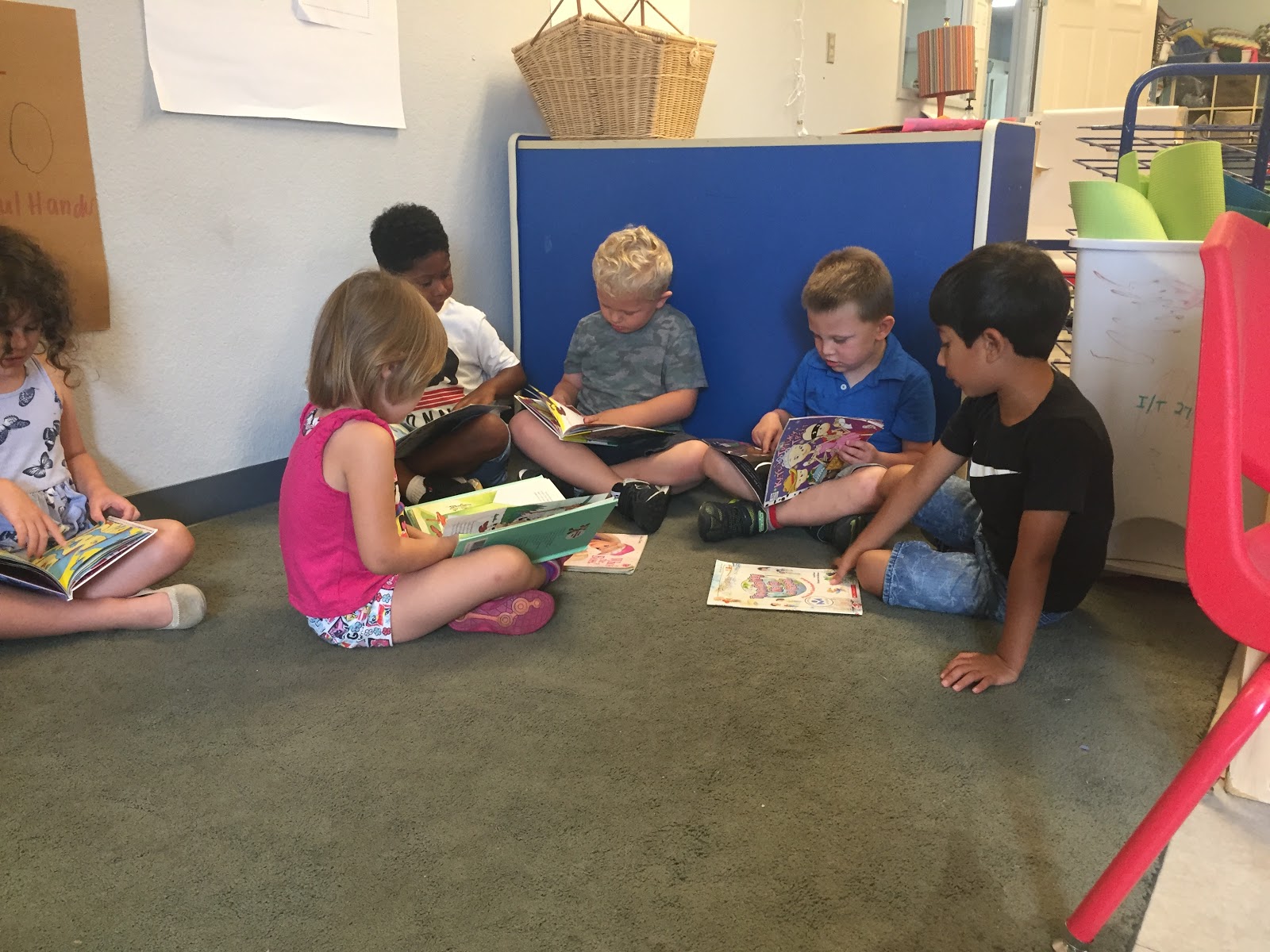 Pre-kindergarteners gather to read before storytime at WovenLife in Oklahoma City. Aug. 1, 2019

Research has found that in Oklahoma, children are more likely to suffer from early childhood trauma than any other state in the nation — trauma that comes from violence in the home or from mental and physical abuse.

Paula Gates is the director of early childhood services at Sunbeam Family Services. With funding from the federal government’s Head Start program, they serve almost 800 children in the Oklahoma City area.

But Gates says this type of legislation would hit rural areas the most, where childcare options can be limited to family members and daycares.

“If you’re going to isolate a child at their 80-year-old grandmother’s (house) for another year, in rural Oklahoma, they’re not getting those needs met,” Gates said.

She references the Heckman equation by Nobel laureate James Heckman, a professor of economics at the University of Chicago and the director of the Center for the Economics of Human Development.

The bill changing the age for starting kindergarten remains active in the state legislature. Senator McCortney did not respond to requests for comment about his plans for the legislation when the session starts in February. McCortney authored similar legislation in the 2018 session.