Stillwater's Boomer Dam is one of more than 4,700 in Oklahoma.

More than 1,400 dams are past their life expectancy 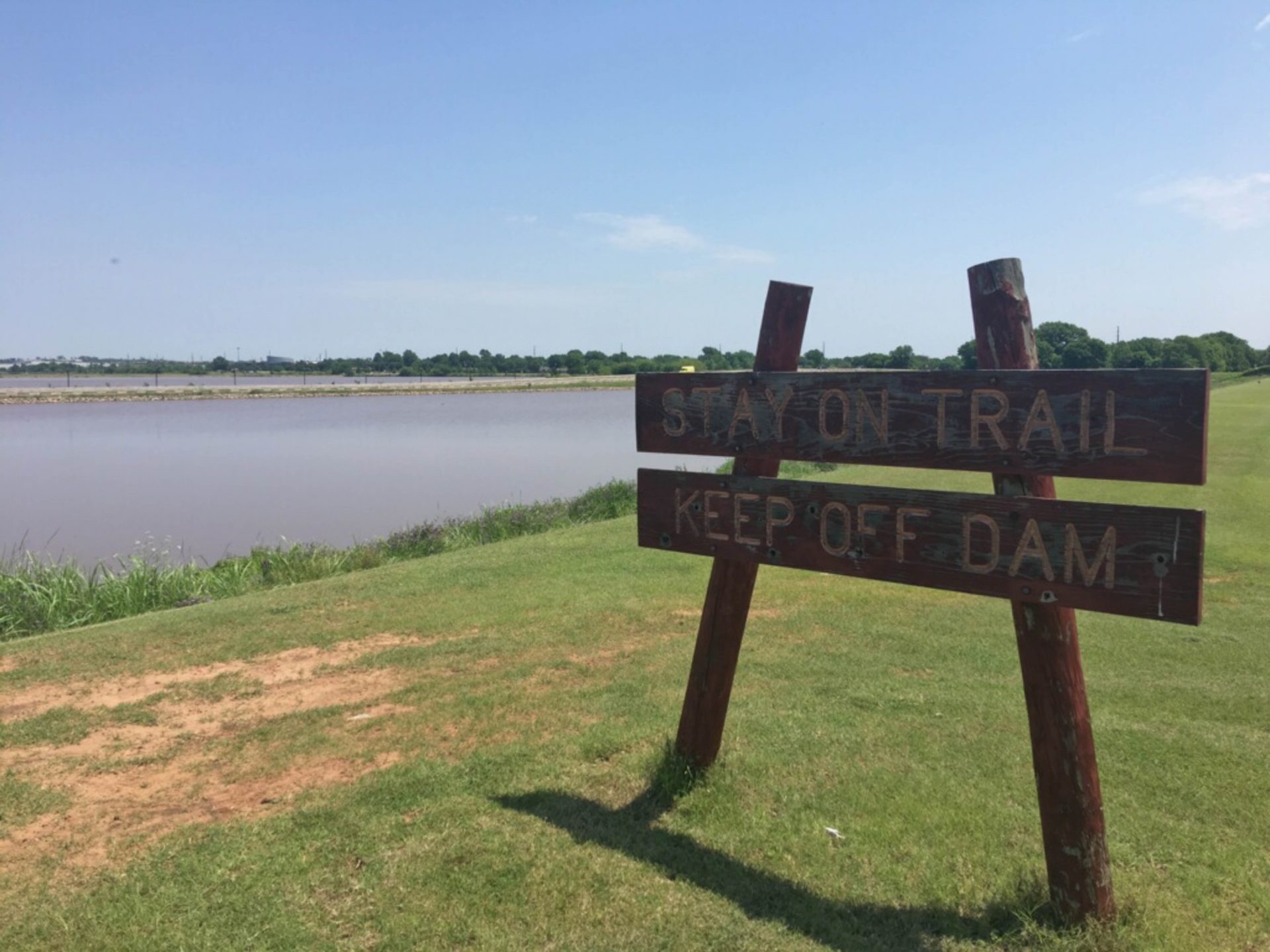 Stillwater’s Boomer Dam is one of more than 4,700 dams in Oklahoma.

Nearly all Oklahoma residents – about 93 percent – live within 20 miles of a flood control dam, according to the Oklahoma Conservation Commission.

The state has the largest number of watershed dams in the country.

“I’m sure many people driving down the road, looking over here, don’t recognize this is a dam,” said Larry Caldwell, standing on the sloping earthen embankment of Boomer Dam in Stillwater. Caldwell is a watershed specialist with the Conservation Commission and retired from the U.S. Department of Agriculture’s Natural Resources Conservation Service.

During heavy rains, dams collect, retain and then slowly release water to keep nearby rivers and lakes from overflowing.

Many of Oklahoma’s flood structures were built as part of the United States Department of Agriculture’s Watershed Program. The state also has thousands of dams managed by other agencies, from the Army Corps of Engineers to local homeowners associations.

Dams across the state were pushed to their limits during recent flooding.

In May, parts of Oklahoma got between 13 and 26 inches of rain. State Climatologist Gary McManus called the rainfall totals “record-setting.”

“We calculated about $16.5 million dollars worth of damages would have occurred had the dams in north central Oklahoma not existed,” Caldwell said.

“I wasn’t really sure how they would hold up”

Two-thirds of the watershed dams managed by the Conservation Commission have met or exceeded their 50-year design life, Caldwell said. The oldest dam, in the Cloud Creek Watershed near Cordell, was built in 1948.

The average age for all of Oklahoma’s dams is 53 years, according to the National Inventory of Dams.

Older sites are more vulnerable. Without upkeep, soil can erode or pipes can rust, making the dams a greater danger to people downstream. 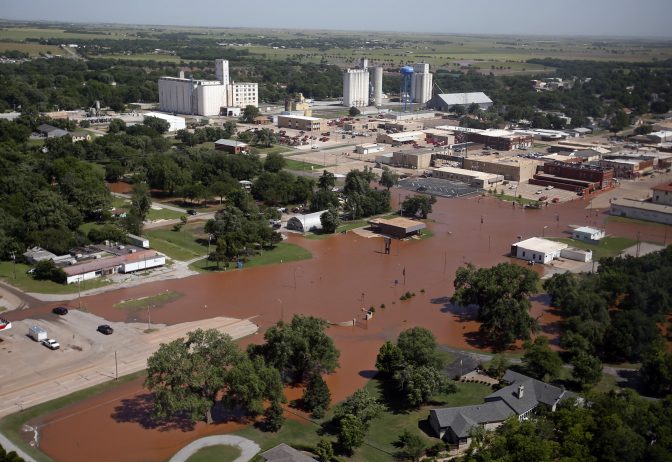 Flooding in Kingfisher, Okla. is pictured Tuesday, May 21, 2019. Flooding following heavy rains was an issue across the state. (AP Photo/Sue Ogrocki)

The Oklahoma Water Resources Board categorized about 400 of the state’s structures as “high hazard,” meaning if they fail, residents could die. An additional 200 dams are considered “significant hazard,” which means their failure could cause millions of dollars in damage and wash out roads, bridges, and electrical substations.

Part of the plan to keep people safe from dangerous flooding is to inspect the dams for weaknesses. Anita Kaufman checked the 34 Payne County flood control structures she manages after the May storms.

“I wasn’t really sure how they would hold up, being [as] aged as they are,” Kaufman said.

“This has given me renewed confidence that they’re still doing their jobs, even at 50-plus years old.”

But she said continued state and federal money is vital.

“If we start losing funding and we can’t do any maintenance or operation on them, I believe they will start to fail. To lose a dam is a potential loss of life,” she said.

Oklahoma’s 2020 budget included an additional $1.5 million for rural dam improvement. The state also sold about $5 million in bonds on behalf of the Conservation Commission in April.

But the Conservation Commission’s Larry Caldwell estimated it would take an average about $2 million per structure for each of the state’s 2,107 watershed dams to meet current standards.

When it rains, it pours

Oklahoma will likely see more heavy rain in the future due to climate change.

McManus calls this the hydrologic cycle, or water cycle, “on steroids.”

“If the weather changes, the infrastructure has to change with it, at least in the long term,” he said.