Lorenzo Clerkley was shot in his hip and his thigh. 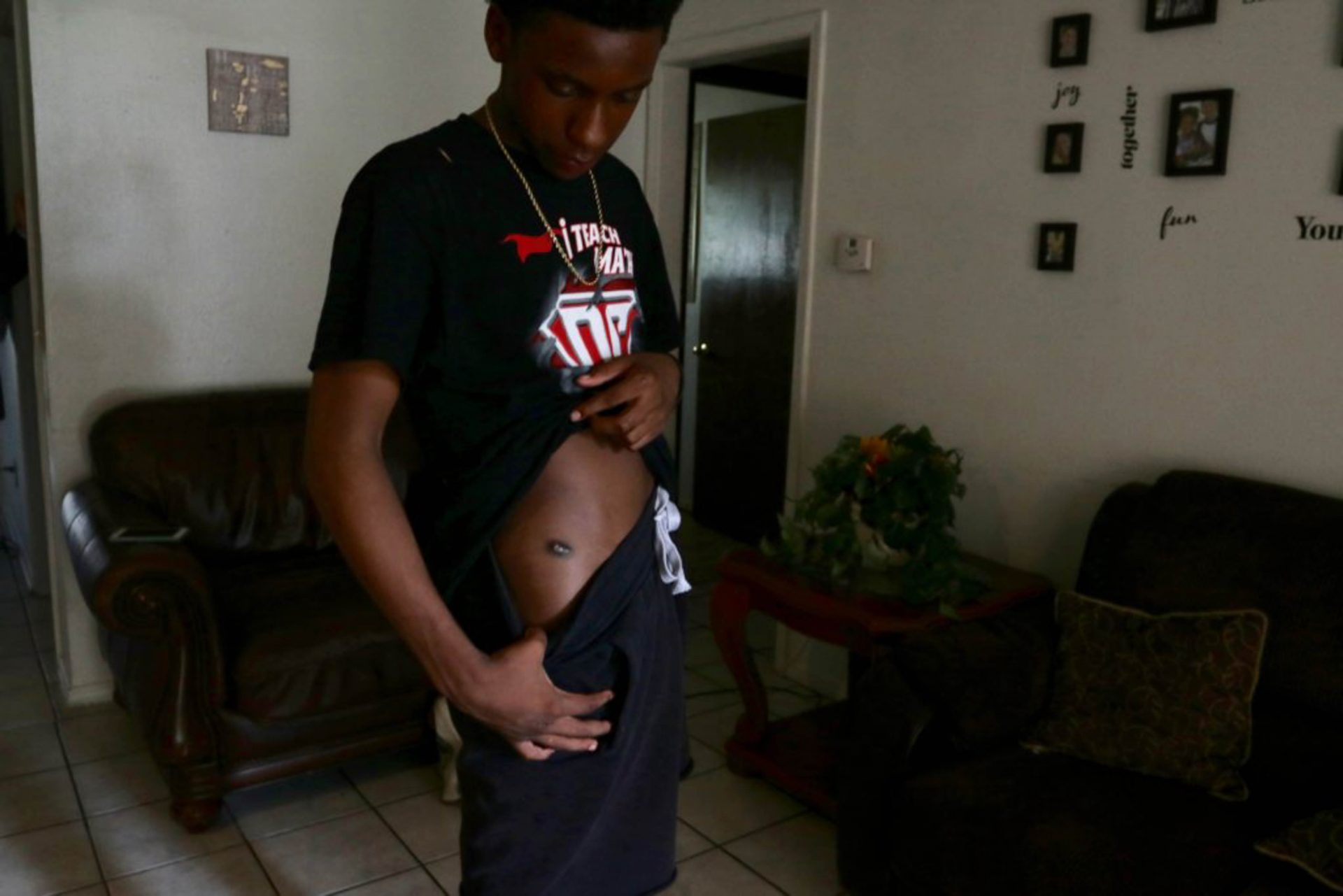 Lorenzo Clerkley was shot in his hip and his thigh.

Oklahoma City Police could face legal action in retaliation for the March shooting of a 14-year-old black boy.

Brianna Bailey a staff writer for The Frontier reports the boy and his friends were playing with B.B. guns in an abandoned house when Sgt. Kyle Holcomb shot him in his right hip and left thigh.

Holcomb, seen on body camera footage, was holding a handgun in one hand and his radio in the other. “Hey,” The police officer yelled as he approached an old wooden fence. “Police department, come on out.”

“I think it’s a cap gun, they are shooting something,” Holcomb said into his radio as he approached the fence. “Show me your hands, drop it,” Holcomb yelled at Clerkley. Two seconds later, Holcomb fired four shots at the teenager. Holcomb then yells “Drop the gun.”

Clerkely’s attorney plans to file a civil rights claim against the police department.

Bailey said the 14-year-old and his family “are rattled” and Clerkley doesn’t feel safe in the community or around police.

Hanging out in Oklahoma City’s Bricktown district with his friends last weekend, Clerkley couldn’t eat at McDonald’s or Sonic. Police officers in the area made him too nervous, he said.

“Y’all really tried to kill my son for nothing,” Clerkley’s mother, Cherelle Lee said. “What if my son would have got shot in the head for nothing? Do you not like black people or something? I want to know.”