CDC Director Robert Redfield touring the Infectious Diseases Institute at the University of Oklahoma Health Sciences Center in Oklahoma City. The institute is one of two federally funded HIV clinics in Oklahoma; the other is in Tulsa, the state’s second-largest city. 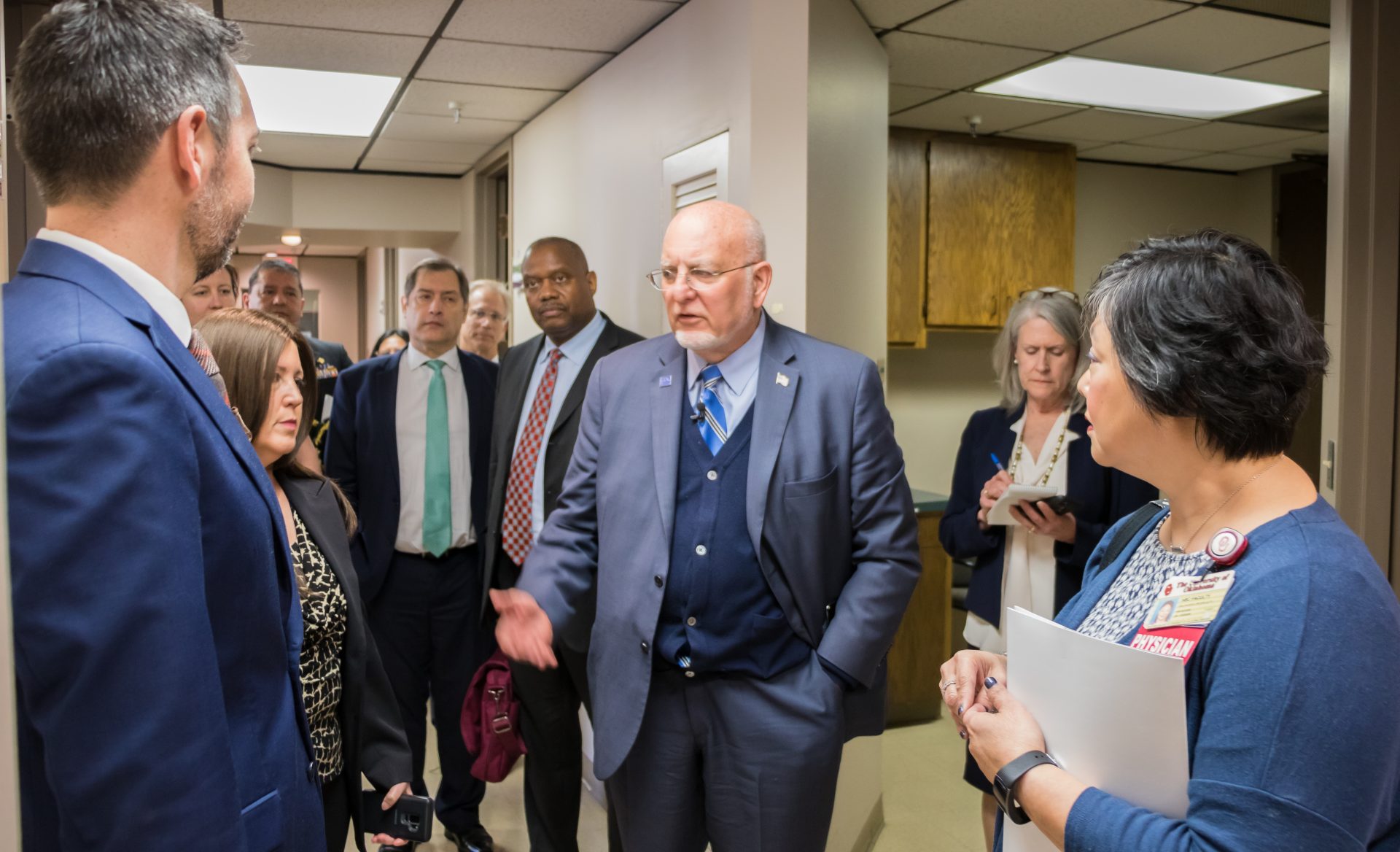 CDC director Robert Redfield touring the Infectious Diseases Institute at the University of Oklahoma Health Sciences Center in Oklahoma City. The institute is one of two federally funded HIV clinics in Oklahoma; the other is in Tulsa, the state’s second-largest city.

Oklahoma may soon see more money to help fight the AIDS epidemic. Robert Redfield, director of the Centers for Disease Control and Prevention recently visited health care facilities that offer treatment in Oklahoma, one of seven states where the rural transmission of HIV is exceptionally high.


Those states, which also include Alabama, Arkansas, Kentucky, Mississippi, Missouri, and South Carolina will be targeted by President Donald Trump’s plan to halt the spread of HIV within the next ten years, along with 48 mainly urban counties, Washington, D.C., and San Juan, Puerto Rico.

Health officials in the seven states say that more funding is welcome, but strategies that work in metropolitan areas, like needle exchange programs, may not be embraced in rural communities.

About 1.1 million Americans have the virus, and approximately 1 million people a year are at risk of getting it. Health officials estimate that almost six thousand Oklahomans are living with HIV or AIDS.

Medical treatment is available in Oklahoma at two federally funded clinics in Tulsa and Oklahoma City. People living with HIV cannot transmit the virus if they are taking a daily triple-therapy drug cocktail. And a single daily pill known as PrEP makes it almost impossible to get HIV even through unprotected sex or needle use. But treatments require routine blood draws and testing, along with medical professionals who have expertise treating people with the virus – both of which are lacking in rural areas.

CDC director Redfield offered insight on the White House plan when he toured the Infectious Diseases Institute at the University of Oklahoma Health Sciences Center in Oklahoma City. 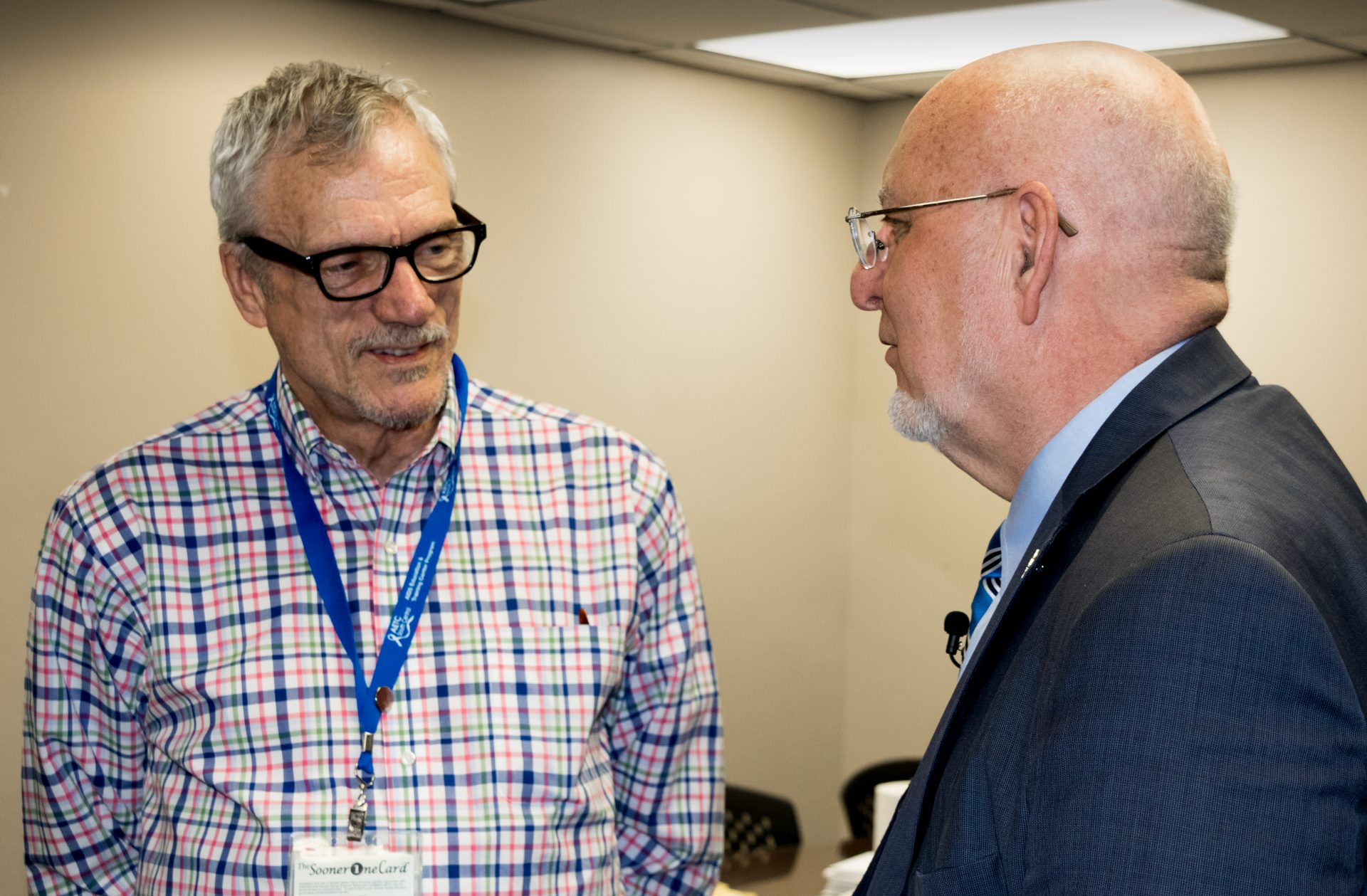 Redfield: Our goal is to reduce infections by 75 percent in five years across the country and to reduce by 90 percent in 10 years. I think the biggest challenge is stigma. The whole term, you know ‘you’re a drug addict,’ it’s so stigmatizing. Number two is that we have to reinvigorate the healthcare workforce that wants to help bring this epidemic to an end. We’re talking about potentially diagnosing now another 250,000 to 400,000 people [nationwide] that weren’t diagnosed. We’re going to bring them back and get them diagnosed, get them into clinics and get them into care. That’s a huge influx and we need to make sure we have health care professionals that see and treasure the opportunity to be part of this initiative and serve people.

On the proposed first-year budget

Redfield: So right now the request in the president’s budget for 2020 for this initiative has $291 million. So this is the money we needed in year one to get this thing launched. We anticipate and have shared internally obviously a budget for the first five years and that includes substantially more resources. You can see that if we were going to bring new people into the system, it’s obviously going to cost more resources. 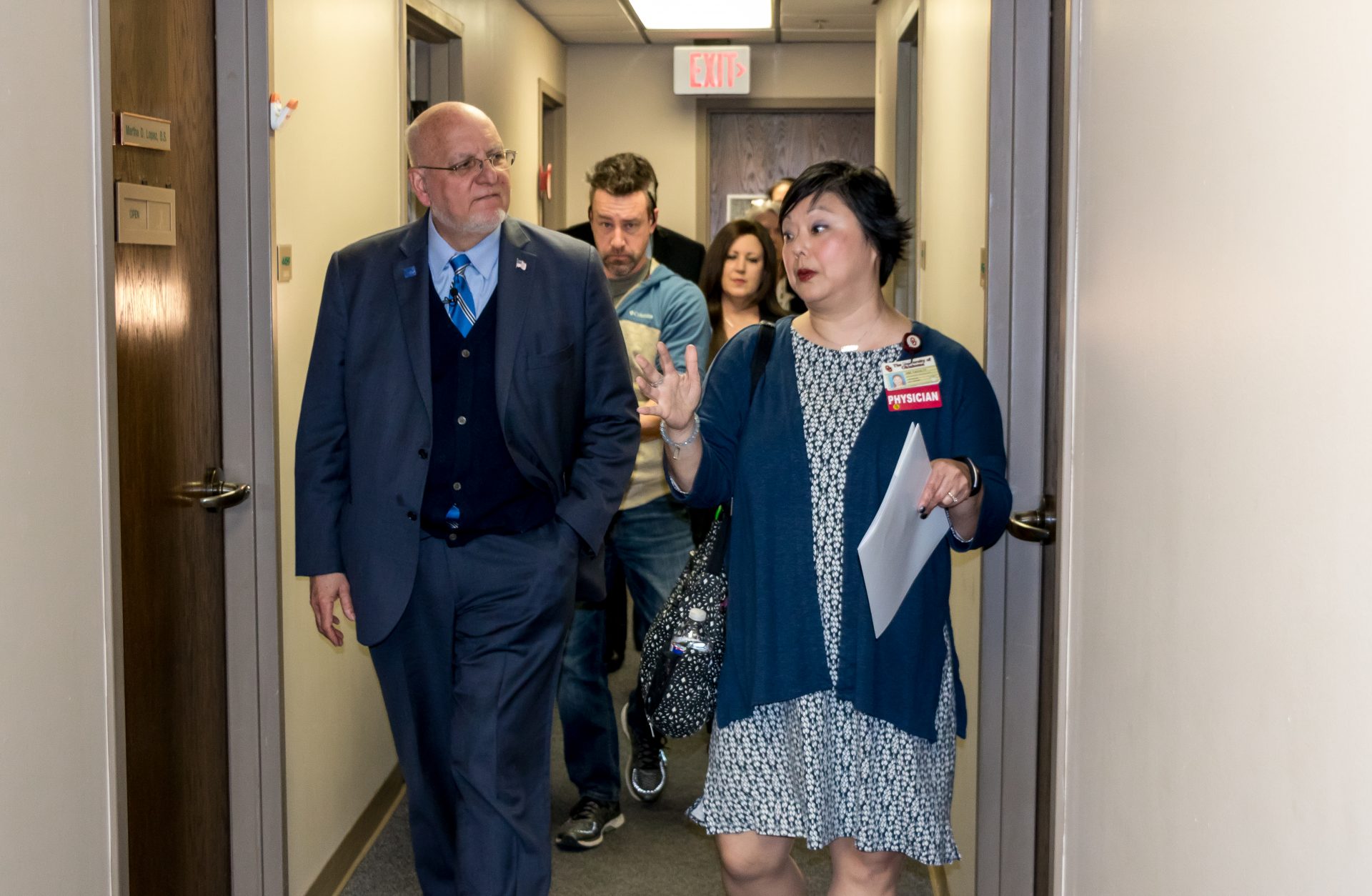 Dr. Michelle Salvaggio, medical director of the Infectious Diseases Institute at the University of Oklahoma shows Redfield the clinic where she treats HIV/AIDS patients.

On prevention strategies that states could implement, including access to PrEP, a daily pill that can help prevent at-risk people from getting the virus.

Redfield: We’re going to try to provide the evidence so people can see the scientific evidence and strongly suggest that on preventing HIV infection sign that it’s a comprehensive strategy that includes PrEP, delivered in a way that people can actually get access to it. It includes sex education and the availability of varied protection and it includes the availability of safe syringe programs. But again each community will have to decide that for themselves. And I think those that have not embraced [those strategies] may see some communities starting to make progress and then that data will be shared and they can reassess whether they want to include them because the endgame here is to halt new HIV infections.