Lauren Atkins said sexual assault kits are a crucial part of an investigation and very important to a victim looking for justice. 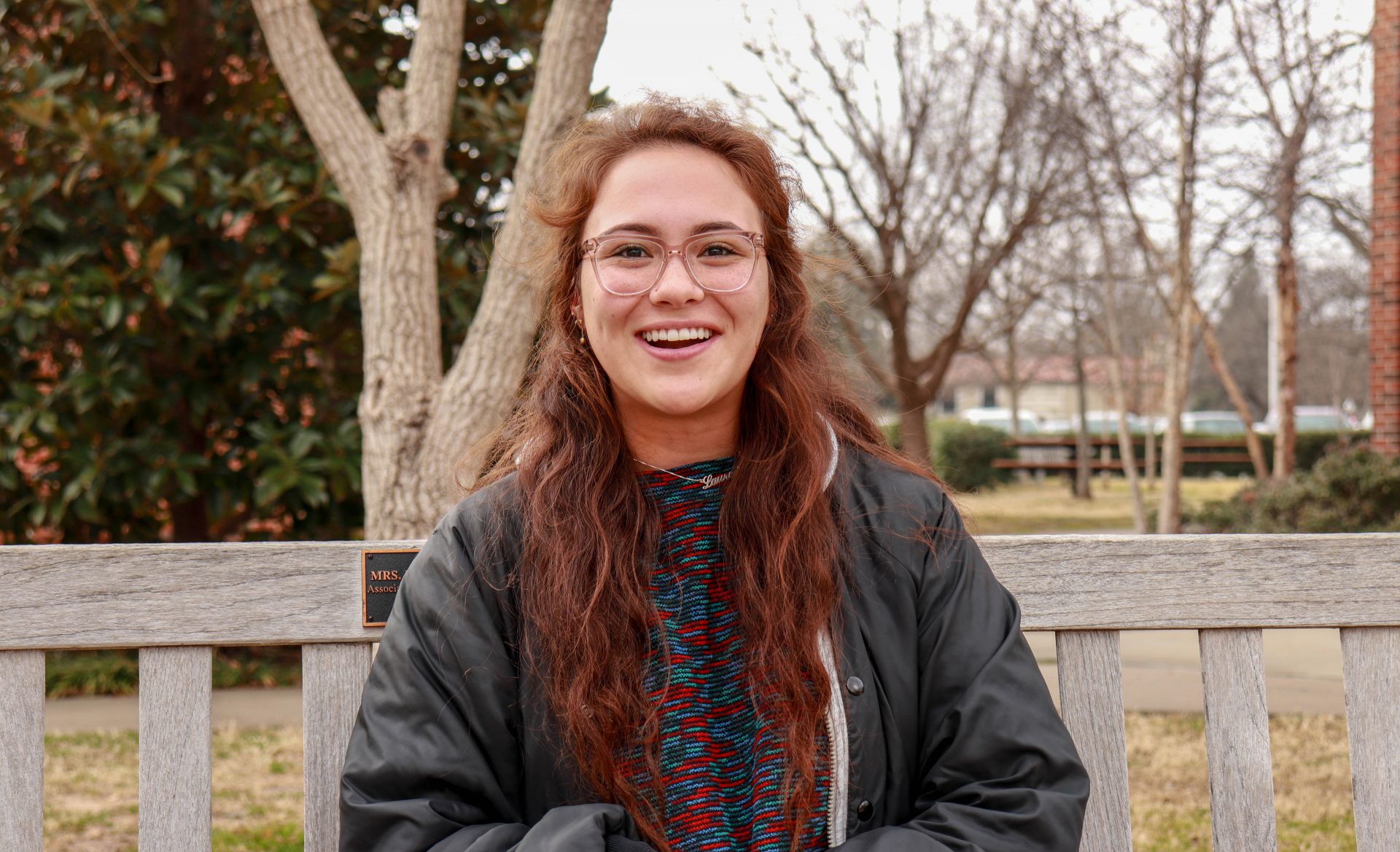 Lauren Atkins said sexual assault kits are a crucial part of an investigation and are very important to a victim looking for justice.

Eighteen-year-old Lauren Atkins is a freshman at the University of Oklahoma and in May 2017 she and her parents called Oklahoma City police to report she was raped by a friend at a party.

Atkins described it as a “typical high school party.” She and her friends were drinking alcohol and Atkins passed out in a bathroom.

“I ended up in the room that the bathroom is connected to and I was laying on the bed and I woke up to someone sexually assaulting me,” Atkins said.

Atkins said police told her to go to a hospital for a forensic examination.

She followed the advice. But almost two years later she isn’t sure what happened to the forensic evidence.

“No one called me after telling me if they found anything or, really nothing. No one told me anything about the kit,” Atkins said.

The type of evidence collected from Atkins is commonly called a rape kit or sexual assault kit.

Atkins’ confusion isn’t uncommon. Victim advocates say during sexual assault investigations many victims don’t know what is being done with their kits.

A state agency is preparing to launch a website to keep tabs on forensic evidence collected after a sexual assault. State officials hope to launch the site in March. The new system and newly proposed legislation could help investigators solve sexual assault cases and give victims more peace of mind.

Atkins’ memory is a bit hazy, but she doesn’t think her evidence was tested. She hasn’t heard from police about the case in almost two years, and the department wouldn’t release any additional details to StateImpact.

A statewide survey completed in May 2018 for a task force created by former Governor Mary Fallin, found 7,270 untested sexual assault kits were being held by Oklahoma police agencies.

There are many reasons why those kits haven’t been tested, but the survey bolstered Fallin’s order for the task force to find better ways Oklahoma could handle sexual assault evidence.

The task force’s suggestions were written into pending legislation by state Sen. Kay Floyd, D-Oklahoma City. One of the suggestions is a tracking system for sexual assault kits. 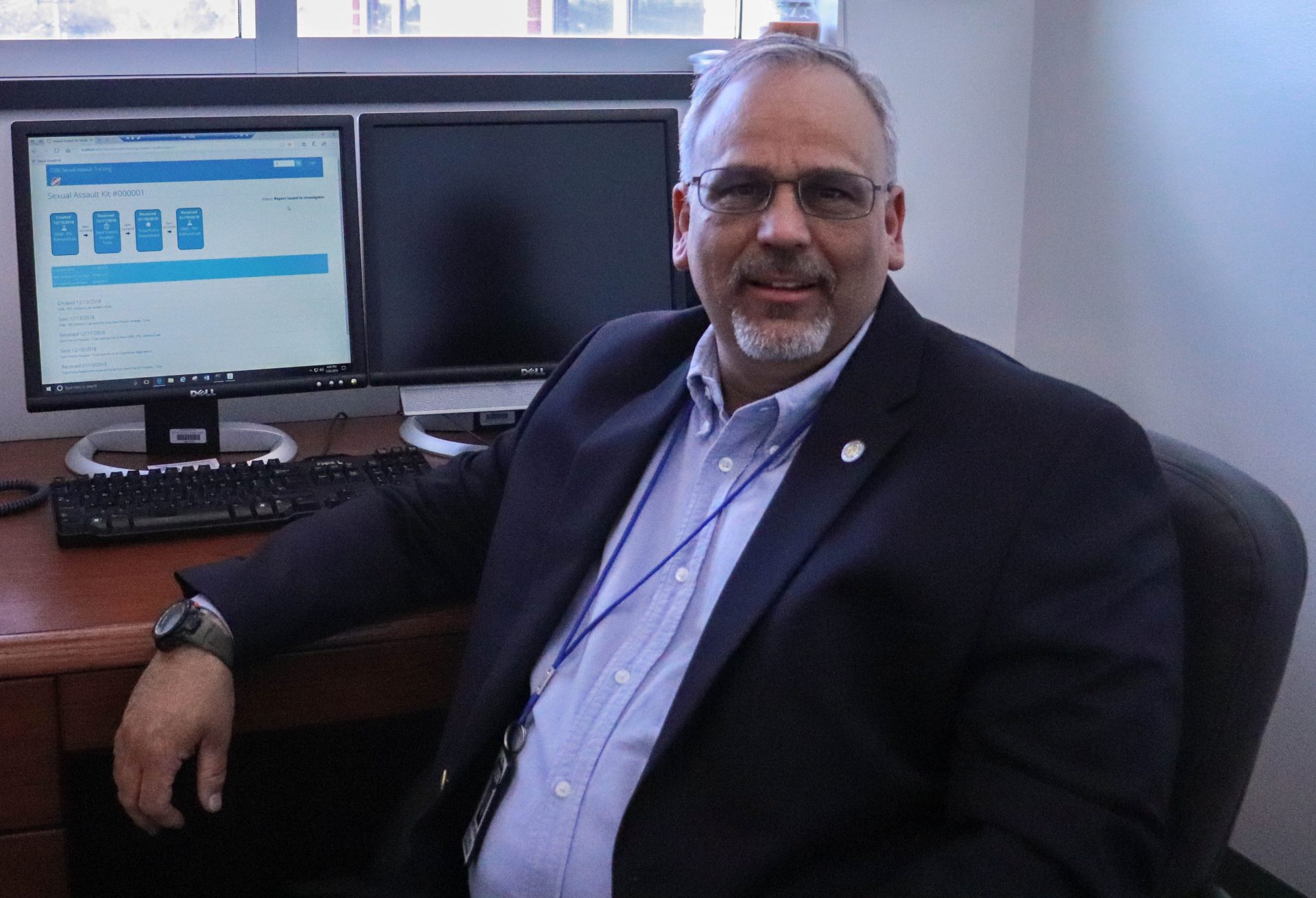 Matthew Stillwell is getting the tracking system ready for public use. He will also travel across the state teaching agencies how to use it.

Matthew Stillwell is the sexual assault kit administrator based in the Oklahoma State Bureau of Investigation’s Forensic Science Center in Edmond. The OSBI is where most police agencies — outside of the largest ones in Oklahoma City and Tulsa — send sexual assault kits for examination.

Other states already use online tracking systems. For Oklahoma’s system, the OSBI borrowed one developed in Idaho. Stillwell is customizing the system for use in Oklahoma.

Stillwell sat at a computer working on the site. It isn’t live yet, but the agency plans to put the site online next month. The plan is to assign every sexual assault kit an identification number. Anyone who has a kit’s number can access information on it through the website.

Stillwell typed the identification number for a dummy sexual assault kit into the search bar.

“So you can see that it was created December 13, 2018,” Stillwell explained. “It was sent to Saint Francis Hospital …”

In the scenario, the Tulsa hospital used the kit in an examination, sent it to police, who then forwarded it to OSBI for analysis. When the kit is analyzed, Stillwell says the site will generate an alert so victims or others with an identification number can easily find out if their kit has been tested.

Andrea Fielding is OSBI’s division director of criminalistics and she also sits on the governor’s task force. She said the tracking system’s potential could be huge and not just for victims.

“The tracking system will give us an opportunity to identify how many kits we’ve sent out to be used for the collection of sexual assault evidence,” Fielding said.

From there, she said the agency could see how many have kits are used to collect evidence and how many are sent back for testing.

Fielding said it would also show how many kits are idle in police evidence vaults or were sent to prosecutor’s offices. Fielding believes the system will lead to more kits getting tested.

Other states that ordered investigators to test backlogged kits for evidence were able to identify and prosecute multiple rapists.

For the tracking system to work, Fielding said lawmakers need to pass newly proposed legislation. She said it’s a new system and there’s a chance some agencies won’t use it. She points to the thousands of untested kits police never sent to OSBI as proof.

“I guarantee you a great many of those should’ve been submitted to us,” Fielding said. “I worry that if we don’t have legislation to require agencies to use this program, they’re not going to use it.”

One of the bills also includes task force recommendations for identifying old untested kits that should be sent to OSBI.

The potential changes are welcome news to Lauren Atkins. She calls the tracking system “brilliant.”

Atkins said sexual assault kits belong to the victims and they have a right to know where the kits are. Atkins’ case ended when prosecutors decided not to file charges, but she is still curious what happened to the evidence collected during her examination.

“That is so personal to me,” she said. “That is probably one of the most personal things you can take away from me and I have no idea where it is.”